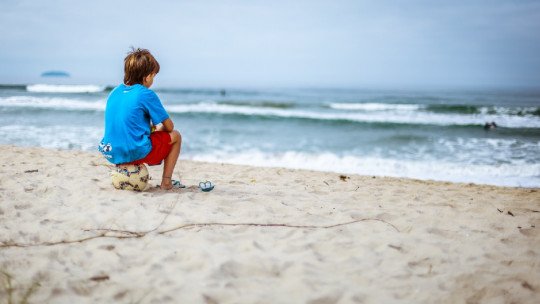 Learning is an essential process in the development of the human mind. Part of this is thanks to the education we receive in schools and institutes, although it is true that not everyone is given the same opportunity to study the various subjects that are part of compulsory education. As is often said, there are children who are better at numbers, and others are better at letters.

Finding a balance where the difficulty level of all subjects is affordable for all children is a challenge. But, curiously, a simple change in the existing curriculum in early childhood education could improve their performance in other subjects.

A project carried out in England shows that if children are taught philosophy, they show improvement in other subjects such as mathematics and language ; a pleasant surprise.

Philosophy helps from a young age

This project was supervised by the Education Endowment Foundation (EEF), an independent English charity that aims to make education equal for all, regardless of the family’s income level, so that children and young people can release all their talent without any limitations. The idea of the EEF was to test the effects of philosophy classes on the youngest pupils in the form of a control test, as is done with drug tests.

The study involved 48 different schools. Of these, 22 acted as a control group, that is, they followed the normal rhythm of classes, and in the remaining 26 the students received a weekly philosophy class of several hours . The lessons worked had to do with topics such as truth, justice, friendship or wisdom, and included times for reflecting on answers and discussing the topics.

Learning to think from philosophy

After analysing the effects of philosophy classes on the degree of competences acquired by the children (aged 9-10), the researchers recorded an improvement of the participants’ language and mathematical skills .

What was observed is that the children who were present in these classes increased their math and reading skills as if they had taken two more months of teaching about it.

This improvement was more evident in children with lower grades who showed greater progression; their reading ability improved as it would have in four extra months; in mathematics this learning improvement corresponded to three months, and in writing, two months.

In addition, teachers reported that there was also a beneficial impact on the relationship between their students and also appeared to be both a greater confidence among students and an improvement in communication skills.

Creating the foundations of learning

The beneficial effects of the philosophy lasted at least two years , during which time the intervention group continued to outperform the control group in the subjects analysed. According to the organizers, this improvement could be due to the fact that the children were offered the possibility of using new ways of thinking and expressing themselves, which allowed them to better connect their ideas, reflect logically more easily and create larger units of knowledge.

England is not the first country to test the benefits of teaching philosophy to minors. The program used by the EEF is known as Philosophy for Children (P4C), and was designed in the 1970s by the philosopher Matthew Lipman in New Jersey . This project, already discussed in this article, aimed to teach new ways of thinking through philosophical dialogue. The program has already been hosted by 60 different countries, including Argentina and Spain.

In the case of England, the project was hosted by the Society for the Advancement of Philosophical Enquiry and Reflection in Education (SAPERE), which is now also part of EEF.

The concentrated efforts behind this organization did not focus on the original idea of reading philosophical texts by Plato or Aristotle, but rather on reading stories, poems or even watching video clips that promote discussion of philosophical issues. The aim was to help children generate responses, as well as to promote constructive conversations and develop arguments.

Among the advantages shown by the EEF was also found that 63% of the students who received this “extra” education did well in their subsequent studies . As also indicated by the president of the EEF, Kevin Collin, this program is a good support for disadvantaged children, referring to the greater benefit seen in this class of students.

Among the drawbacks, as is almost always the case in such cases, is the financial barrier, as the programme cost each participating school about £16 (23 euros) for each student who received this class. It would be necessary for it to be part of compulsory public education in order to cover the costs.