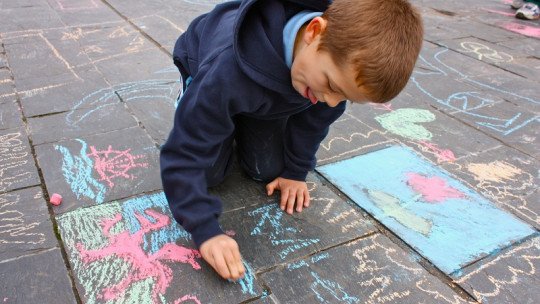 In what sense and proportion can culture and society influence the cognitive development of children? Is there any kind of relationship between cognitive development and the complex collaborative process carried out by adults in the education and learning (specific and general) that children receive?

Similarly, what are the main implications of Vygotsky’s Sociocultural Theory for the education and cognitive assessment of children?

The Sociocultural Theory of Lev Vygotsky Vygotsky’s Sociocultural Theory emphasizes the proactive participation of children in their environment, with cognitive development being the result of a collaborative process. Lev Vigotsky (Russia, 1896-1934) maintained that children develop their learning through social interaction: they acquire new and better cognitive skills as a logical process of their immersion in a way of life.

Those activities that are carried out in a shared manner allow children to interiorise the thought and behavioural structures of the society that surrounds them , appropriating them.

According to Vygotsky’s Sociocultural Theory, the role of adults or more advanced peers is to support, direct and organize the child’s learning, in the step before he can be able to master these facets, having internalized the behavioral and cognitive structures that the activity requires. This orientation is more effective in helping children to cross the developmental zone proximal (ZDP) , which we could understand as the gap between what they are already capable of doing and what they cannot yet achieve on their own.

Children who are in the ZDP for a particular task are close to being able to perform it autonomously, but they still need to integrate some key thinking. However, with the right support and guidance, they are able to perform the task successfully. Insofar as collaboration, supervision and responsibility for learning are covered, the child makes good progress in forming and consolidating his or her new knowledge and learning.

Several followers of Vygotsky’s Socio-cultural Theory (e.g. Wood, 1980; Bruner and Ross, 1976) have brought up the metaphor of ‘ scaffolding ‘ to refer to this mode of learning. The scaffolding consists of the temporary support of adults (teachers, parents, tutors…) who provide the child with the aim of carrying out a task until the child is able to carry it out without external help.

One of the researchers, who is based on the theories developed by Lev Vigotsky, Gail Ross , studied in a practical way the process of scaffolding in children’s learning. Instructing children between the ages of three and five, Ross used multiple resources. She used to control and be the centre of attention of the sessions, and used slow and dramatic presentations to the students with the aim of showing that the achievement of the task was possible . Dr. Ross thus became in charge of foreseeing everything that was going to happen. She controlled all the parts of the task in which the children worked in a degree of complexity and magnitude proportional to the previous skills of each one.

The way he presented the tools or objects that were the object of learning allowed the children to discover how to solve and perform the task themselves, more effectively than if they had only been told how to solve it. It is in this sense that Vygotsky’s Sociocultural Theory points out the “zone” between what people can understand when they are shown something in front of them, and what they can generate autonomously. This zone is the zone of close development or ZDP that we had mentioned before (Bruner, 1888).

Russian psychologist Lev Vygotsky’s socio-cultural theory has far-reaching implications for education and the assessment of cognitive development. Tests based on the ZDP, which highlight a child’s potential, represent an invaluable alternative to standardized intelligence tests, which often emphasize the knowledge and learning already made by the child.Thus, many children benefit from the socio-cultural and open guidance developed by Vygotsky.

Another of the fundamental contributions of the contextual perspective has been the emphasis on the social aspect of development . This theory argues that the normal development of children in one culture or in a group belonging to one culture may not be an adequate standard (and therefore not extrapolable) to children from other cultures or societies.