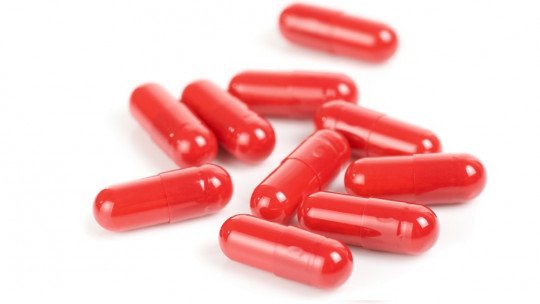 Psychopharmaceuticals such as escitalopram, olanzapine or diazepam are relatively well known by the population, either by this name or by their different trademarks. These are different drugs that treat various disorders and alterations.

But although these are some of the best known, they are not the only ones: new drugs have been continuously developed to combat the symptoms of different mental disorders. One of them, created and used in the treatment of depression, is levomilnacipran .

Levomilnacipran is a relatively recent antidepressant , being synthesized and approved for use in 2013. This substance is the enantiomer of milnacipran (something like the mirror image or reflection in a mirror at the level of molecular organization, being easy to compare it with the differences between our left and right hands, which have the same shape but different orientation), being its molecules rotated to the left.

This substance is a highly effective antidepressant that is part of the Serotonin and Noradrenaline Specific Reuptake Inhibitors . It fights the typical symptoms of depression such as anhedonia and sad mood, but it is especially characterised by producing a great improvement in motivation and cognitive symptoms.

Thus, it contributes to improve the concentration and the level of energy, making the apathy and passivity of many subjects suffering from depressive conditions more difficult. On the contrary that many other psychotropic drugs, it does not seem to generate relevant alterations with respect to the weight of those who take it.

As mentioned above, levomilnacipran is a specific serotonin and noradrenaline reuptake inhibitor or SNRI. This implies that its main action at the neuronal level is as an agonist of serotonin and noradrenaline, increasing their levels by preventing these neurotransmitters from being reabsorbed by the very neuron that emitted them and increasing the time they remain accessible in the synaptic space.

In addition, the mechanism of action of levomilnacipran has a remarkable peculiarity: unlike most antidepressants, which focus on serotonin and may or may not affect other neurotransmitters secondarily or to a lesser extent, levomilnacipran has a much greater effect on noradrenaline than on serotonin (approximately in a 2:1 ratio, i.e. twice as much). This performance is what would generate an improvement in energy, motivation, and ability to concentrate, making the passivity that usually appears in depression more difficult.

Levomilnacepran is an antidepressant whose main indication is the treatment of major depression , being in this disorder especially effective in reducing emotional and cognitive symptoms. It is especially useful for those cases in which there is dysfunction and decreased socialization, and lack of desire and motivation.

No other uses have been approved so far, although it is admitted that it can be effective in other problems. For example, research regarding its effectiveness in cases of social phobia and chronic fatigue, as well as some anxiety disorders, may be useful. In some cases, it has been used in subjects with bipolar disorder, improving the situation of subjects in a depressive phase, although there is a risk of exacerbating manic phases (which is not recommended in these cases or at least requires further research for the rest).

However, although the drug it is derived from, milnacepran, is used in the treatment of fibromyalgia, levomilnacepran has no such indication.

Although very useful in the treatment of depression, the consumption of levomilnacipran has a number of possible undesirable side effects .

These side effects usually include nausea, vomiting, sweating, headaches, tachycardia or irritability. It is also common for urinary problems to appear such as difficulty in urination, typical cold symptoms and sometimes (though not usually) erectile dysfunction or difficulty in ejaculation. Hyper or hypotension, visual disturbances or weakness, insomnia and testicular pain may also appear.

In a much more serious way, one of the most relevant secondary symptoms is the possible appearance or increase of suicidal ideation , especially in the first moments and if it is a first consumption of antidepressants.

Hallucinations and seizures may also occur. Finally, although rare and usually due to an interaction of this drug with other antidepressants or medications, one of the most serious risks is the possible development of a serotonin syndrome.

This syndrome is a serious condition in which fever, convulsions, altered consciousness that can lead to coma and even death can occur, making it especially important to monitor drug dosage.

Levomilnacipran is a useful drug, but for some people it may pose a risk, which is why it is contraindicated in some cases.

Special care should be taken to see whether or not it can be taken by those with heart disease, hypertension, glaucoma, liver or kidney disease , urinary problems such as blockages, seizures, hemophilia or clotting problems or low sodium levels in the body.

Levomilnacipran should be avoided if you are allergic to this medication or are taking another antidepressant substance, especially in the case of MAOI antidepressants , because of the risk of serotonin syndrome. It should also not be mixed with alcohol or other drugs. Special care must also be taken to avoid introducing methylene blue, a dye used in some medical tests and as an antiseptic in surgery, into the body.

People with a history of suicide attempts should not take this drug either, as it may make suicidal ideation worse. As for pregnant and lactating women , they are also contraindicated to this medication. The use of this drug in patients with other mental disorders, such as bipolar disorder, should be discussed with the doctor.