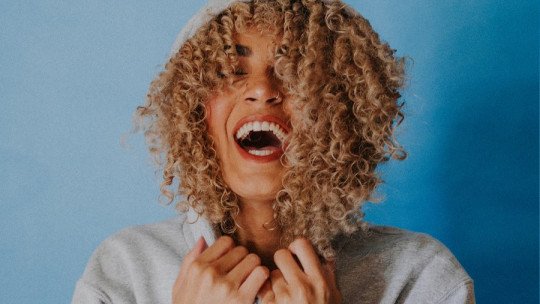 For centuries, most human societies in the Western world have discriminated against many minorities on the basis of their sexual and gender identities. Today, while these discriminatory tendencies are on the decline, they continue to exist, although there is also a growing awareness of the negative aspects of this phenomenon.

At this meeting point between decreasing discrimination and rising acceptance, LGBT-affirmative psychology emerges: a therapeutic perspective that invites both care for the well-being of people exposed to attacks on their sexual or gender identity, and transformation of society so that this is not necessary and everyone is treated equally.

The impact of LGBT claims on psychology

Psychology is the science that studies behavior, but we must not forget that behavior also changes psychology itself. Therefore, it is normal that social transformations have made the point of view and purposes from which psychologists start have changed a lot in recent decades.

An example of this is the way in which awareness of LGBT issues has contributed to making psychology a richer and more useful tool to help a part of the population that still feels vulnerable in many ways : lesbians, gays, bisexuals and trans people. Where decades ago there was a science that considered homosexuality as something intrinsically pathological, today there is one that does not put the label of illness on forms of sexual orientation or gender identity that move away from the heterosexual and the cisgender (that is, from the conventional correspondence between sex and gender), and that at the same time recognizes that discrimination exposes these groups more to psychological problems, statistically.

This has led to the emergence of affirmative psychology, an area of work that focuses on the needs of non-heterosexual, non-Cisgender people. Its applied aspect, affirmative therapy , aims to understand the mechanisms of the construction of LGBT identity and, based on this, to help people with problems derived from discrimination and the social pressure linked to it.

These are some of the goals often set by LGBT-affirmative psychology in helping people who seek help.

1. Treatment of homophobic and transphobic sequelae

Unfortunately, even in countries with higher rates of acceptance of homosexuality (such as Spain) and the trans community, attacks with physical or verbal violence are relatively common. Many times, these attacks occur even during childhood, in contexts of school bullying, and the arrival of adulthood does not prevent similar situations from recurring.

This may facilitate the triggering of psychological disorders such as anxiety or depression , as well as body dysmorphic disorder. Beyond the physical wounds, the passage through these experiences contributes to not being satisfied with one’s own body, to blame oneself for what happened, to isolate oneself socially and even to have more doubts about one’s own identity.

Understanding what it takes to go through this kind of experience is critical to providing professional help to these victims, many of whom are under constant attack on a daily basis. And so it is one of the goals of LGBT-affirmative psychology.

Accompanying and advising when deciding to become a mother or father

Motherhood and fatherhood are roles that are strongly mediated by social conventions, so it is normal to hear a lot of criticism about who should or should not have children, and about which parenting strategies are most useful and which are not. If we add to this the factor of sexual identity and gender identity, to this social pressure we have to add the tendency to culturally discriminate against minorities that go beyond the norm in these matters, and the existence of legal and institutional barriers that continue to feed the idea that you can only have children if you are heterosexual and cisgender.

That’s why psychologists can specialize in helping people who feel bad about the prospect of first having to choose whether or not to raise a baby, and second, dealing with the frustration and anxiety that many times comes with having to struggle to get it.

Searching for one’s own space in LGBT environments

It should not be forgotten that LGBT is not homogeneous, and that even within the groups represented by this acronym there are several “social circles” or sub-collectives. Sometimes the formation of these sub-categorizations responds to a trend whose existence must be recognized: discrimination within the LGBT groups themselves .

This last factor can make it difficult for many people to find their place and identity even in spaces where no one is heterosexual, for example. While psychotherapy is not enough to solve this, it is also true that affirmative psychology can contribute both to avoiding totally unnecessary forms of discomfort and to helping the victims of discrimination to be aware that they have nothing to hide and that they should see these attacks as a social problem , not as a defect of them as individuals. This also contributes to making an environment that is predisposed to accepting non-conventional forms of sexuality and gender identity truly inclusive.

Finally, the process of accepting oneself contributes to the fact that people belonging to these minorities feel good about their identity for most of the time, and not only do they not treat it as a taboo, but they normalize their existence and show it in their social relations and in the expression of their sexuality .

It is clear that much remains to be done at the cultural, institutional and political level to ensure that LGTB groups no longer have a reason to exist because of the disappearance of discrimination . However, part of the change also involves spreading the culture of mutual care and acceptance, and these are precisely the pillars of affirmative psychology. Therefore, we psychologists who can do our bit with our work in this area do so knowing that we are not only helping the individual who attends our practice; we are also inviting the whole of society into the therapeutic process.