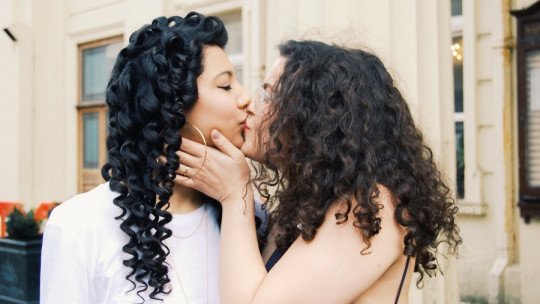 Homosexual, bisexual and transgender people have been persecuted, discriminated against , hated and attacked throughout history.

In recent decades, fundamental rights and milestones have been achieved, resulting in a more tolerant and pluralistic society. Proof of this is the elimination of homosexuality from the American Psychiatric Association’s (APA) “Diagnostic Manual of Mental Illnesses” (DSM) in 1973, and the disappearance of homosexuality from the WHO’s list of mental illnesses in 1990. But despite these advances, the LGBT community continues to be the object of hate, discrimination and aggression today.

Therefore, it is essential to accept the affective-sexual diversity that exists in society. Each person creates his or her own model of relationship, which will help to develop the capacity to love and to live intra and interpersonal relationships in the best possible way. It can be said that there are as many forms of relationship as there are people.

It is essential to know the definition of each of these terms so as not to be confused and to be able to better understand the needs within the collective.

It refers to the emotional, physical, sexual or romantic attraction that a person has towards another person . This attraction can be to people of the same sex (homosexual), to people of different sexes (heterosexual) or to people of both sexes (bisexual).

We cannot choose our sexual orientation, so Conversion Therapies used to “cure” homosexuality lack all meaning and validity.

The awareness of belonging to the male or female sex . A person may feel a gender identity that is different from their biological sex; this is what happens to transgender people.

It corresponds to the sex we were born with, male or female.

What is Affirmative Psychology?

Affirmative Psychology is a specialization within Psychology that is in charge of working on the different problems that non-heterosexual or cisexual people (people whose gender identity coincides with their biological sex) may suffer. The term Affirmative Psychology appeared in 1982 to address the pathologizing ideas of sexual and gender diversity that existed at the time.

To enable LGBT people to cope with the situations they may face, they are taught certain strategies and useful tools. Thus, each person will be able to assume his or her own sexual orientation and gender identity and will develop an active coping style that will help them to deal with social stigma.

From this way of working, the therapist’s purpose will be to make patients feel that they are coming to a safe environment, where their emotions, feelings, experiences, and behaviors will be validated with respect to themselves and the world around them. It is, therefore, a therapy of sexual and gender diversity based on psychological accompaniment and intervention whose objective is to alleviate the discomfort derived from the fear, oppression and discrimination, both familial and social, that they may have suffered.

What are the areas you work on?

People who belong to the group may face different situations from the rest of the people. Therefore, require more specific and specialised attention .

The specific areas of work are as follows:

Being part of the LGBT community does not imply being different when it comes to seeing a psychologist, as each person may have the same symptoms or problems of anxiety, depression, self-esteem, stress, etc. However, as reflected in the previous section, there are certain situations or problems that are specific to this community . It is therefore advisable to see a psychologist specializing in LGBT issues.