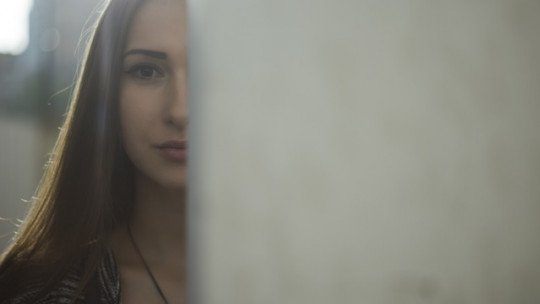 Fear. This term identifies different states of emotional intensity that range from a physiological polarity, such as fear, worry, anxiety or hesitation, to a pathological polarity such as phobia or panic.

With the word fear we express a very strong and intense emotional moment , provoked when there is a perception of danger, real or not. This definition indicates, by itself, that fear is a constant in our existence. But… would it be possible to live away from this bad feeling?

Where does fear come from?

According to the Ledoux’s theory , the organs of our body that are responsible for collecting the first sensory stimuli (eyes, tongue, etc.) receive information from the environment and indicate the presence or possibility of danger. This information reaches the amygdala through two routes: a direct route that comes directly from the thalamus and a longer route that passes through the thalamus and then through the cortex to finally reach the amygdala.

The hippocampus also plays an important role: it makes comparisons with our past experiences and is able to provide contextual information about the object of fear.

From the results of many empirical studies, it has been concluded that practically any object, person or event can potentially be experienced as dangerous and therefore induce a feeling of fear . Its variability is absolute, even the threat can be generated by the absence of an expected event and can vary depending on the moment.

The origin of the fear also depends on the kind of fear at the time.

Essentially, fear can be of two kinds: learned (caused by past experiences, direct or indirect, that have been shown to be negative or dangerous) or innate (such as fear of certain animals, of darkness, of blood, etc.) The fundamental factors in determining this remain the perception and evaluation of the stimulus as dangerous or not.

Why do we need to be afraid?

Fear is an emotion predominantly governed by instinct , and aims at survival in the face of a supposed situation of danger; that is why it manifests itself every time there is a possible risk that threatens our security.

Generally this is a positive thing in our lives, as is physical pain, since informs us of a state of emergency and alarm, preparing the mind to react to the body’s reaction which will probably manifest itself in attack or escape behaviour. Obviously, if this emotion manifests itself in an intense way causing us anxiety, phobia or panic, it loses its fundamental function and becomes a psychopathological symptom.

Fear has an essential function in our lives, and therefore it is important to address it and understand it.

If for a moment we could erase the prejudices and look at fear from a new point of view, a dense scenario of meanings would open up before us. Behind our own fear, harmless or uncontainable, lies its reason for being: plays a specific role that has its origin in the personal history of each of us , or better still, in our unconscious.

At the same time, we can dare to think that fear is our ally and that it serves to keep us stable, that is, to remain in a situation of mental and physical balance. Therefore, we could consider it as a trusted friend that protects us.

At this point it would be useful to ask ourselves: how can we overcome this and live without fear?

Winning over fear does not mean “erasing” it by ignoring it completely, nor does it mean that we have to surrender and give in to it, just as adopting “declaration of war” attitudes does not lead to any positive outcome.

Rather, it is inevitably more advantageous to accept him as an annoying but necessary guest. L to acceptance, then, is the first step . This means admitting to having a fear and also trying to understand it, and surely the rational way alone is not the best option. To understand it means to welcome it within us, giving it the possibility to exist. I feel this fear and make space for it inside me, so that it can fulfil its function, but at the same time I know that it also helps me to understand better what I am. Fear often reveals aspects of ourselves of which we are often unaware.

When we gain a fear, it means that we have opened up to a new consciousness, we have made our own those aspects of ourselves, and of life, that we did not accept and that we rejected.