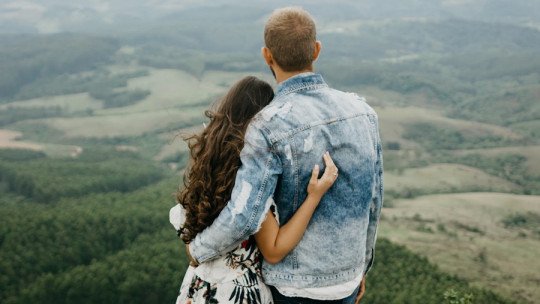 The state of infatuation is a transitory stage where intense emotions appear towards the loved one, which gradually subside to give way to a period of emotional stability that strengthens the relationship.

From here on, and if everything goes well, the relationship is built under a strong bond of love, respect, intimacy and trust.

This phase of falling in love in which we are fascinated by the person we love and which sets in motion chemical mechanisms in our brain that fill us with desire, euphoria and excitement in an involuntary way, ceases to be healthy when added to a strong need to be reciprocated in an obsessive way. It is then when we talk about limitation .

Limerence, as defined by psychologist Dorothy Tennov, is an involuntary interpersonal state that involves an acute desire for emotional reciprocity; obsessive-compulsive thoughts, feelings and behaviors, and emotional dependence on another person. We talk about an obsessive-compulsive disorder focused on the loved one .

The 10 most important symptoms to consider that describe the limitation, are the following:

1. Circular thoughts to the beloved object

Everything leads to the loved one. Every event, place or moment reminds us of the loved one and everything is centred on him or her . These are recurrent thoughts of an obsessive kind, which revolve around the other person with the intention of discovering and checking whether he or she loves us in the same way.

Excessive anxiety appears when thinking about the possible rejection of the other , even with physical manifestations of anxiety such as tachycardia, tremors, hyperventilation, dizziness, etc.

The obsessive fear of not being reciprocated is translated into compulsive checking behaviors , such as asking directly to the other person about his/her feelings, or writing messages taking out topics of conversation to see if he/she is interested, compulsively asking others what they think about the relationship, etc.

4. Feeling of euphoria in the face of warning signs, whether real or not

This can occur during a normal infatuation, the difference being that often distorts reality in favor of a disproportionate amount , trying to convince oneself with every little detail that it is significant and that it determines that the other person corresponds to us.

5. Constant fantasies of reunion and recreation of the encounters experienced

Again, the difference here with the normal phase of falling in love is its obsessive and almost constant character . The person can spend hours fantasizing non-stop.

The obsessive and therefore anxious condition of limerance, will irremediably lead to distorted thoughts and emotional reactions of instability .

7. Intrusive thoughts about the other person

Thinking about the other does not respond to our control, and the fear of rejection leads to negative thoughts about the feelings of the loved one, of an obsessive type, and which influences the emotional destabilization described in the previous point.

8. Idealization of the beloved object

During infatuation, we all idealize the other, but in limerance the obsession to be loved by the other and the constant need to prove it, is disproportionate, not being able to hear criticism or assume that the other has defects . In this way, the distortion about the other can be exaggerated. This would be the case of Don Quixote and the beautiful Dulcinea del Toboso.

9. Suicidal ideas in the face of the idea of non correspondence

The anguish before the possibility of not being loved, makes the person who suffers obsessively think that life has no meaning without this love, since it is the only important thing, the only thing that gives meaning to his life.

Maintaining any situation in an obsessive way is a source of anxiety and low mood that can eventually lead to depression. In addition, the fact of focusing all our worth almost exclusively on how the other person sees us , and on whether or not we are reciprocated, greatly weakens self-esteem.

Limerence is different from falling in love because it tends to put the selfish desire to be loved before the building of a relationship. And it can be incapacitating, since the person who suffers it can end up modifying his life around that loved object, which prevents him from doing his tasks.

In relationships built on respect, intimacy, the pursuit of mutual interests and enjoyment among equals, falling in love is a fascinating period full of joy and satisfaction for sharing, which has nothing to do with limerence; which one do you stay with?