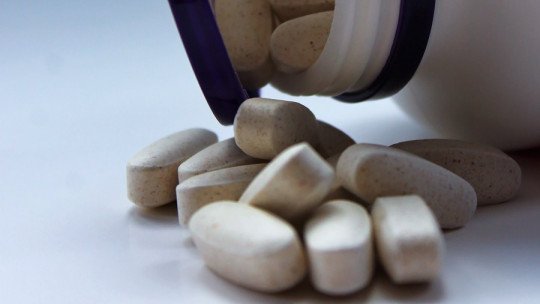 Schizophrenia is one of the types of psychic disorder best known to most people, in part because of some of its most visible and striking typical symptoms: hallucinations and delusions. However, this disorder can present many more symptoms, and generates a great suffering to those who suffer it because it makes difficult their relationship with reality and the world.

Fortunately, however, there are treatments that do not cure the condition but control and prevent its symptoms and therefore lead a normative life. One of the most relevant aspects of the treatment of this disorder is the use of drugs with great utility in the control of symptoms. And although among the available drugs we can find a great variety of substances, an example of them is loxapine, which we will discuss next .

Loxapine is a psychoactive drug that forms part of the group of antipsychotics or neuroleptics , which through the alteration of brain chemistry make it possible to reduce or prevent the appearance of psychotic outbreaks and a large part of the symptoms typical of schizophrenia and other psychotic disorders.

It is one of the antipsychotics known as typical or first generation, which have been observed to be highly effective in combating symptoms such as hallucinations, delusions, agitation and restlessness, flight of ideas, derailment , tension or erratic behaviour (the so-called positive symptoms, not because they are good but because they add some characteristic or element to the subject’s habitual functioning).

However, it must be taken into account that symptoms such as poverty of thought or speech, alogia or apathy, the so-called negative symptoms (since they detract from the subject’s abilities), are not reduced by this type of drug and a worsening in this sense could even appear. It is for this reason and because typical neuroleptics can generate serious side effects that over time other substances (atypical or second generation) have developed, although loxapine and other typical antipsychotics are still applied in some cases.

Loxapine is chemically a dibenzoxazepine . It is considered a high-potency drug, which has relevant effects with relatively small amounts but which nevertheless for this very reason can more easily generate side effects.

It is possible to find this drug in the form of capsules , although in recent years a presentation in the form of an inhalation powder has also been developed (with a much faster effect than in oral presentation). Despite being typical or first-generation, its functioning means that some authors have sometimes considered it to be part of the atypical neuroleptics (something we will discuss in the next section).

The functioning of loxapine on the human organism occurs through a mechanism of action based on the blocking of dopamine D2 receptors. In schizophrenia and other psychotic disorders, an excess of dopamine has been observed in a specific brain pathway, the mesolimbic pathway . The fact that this excess exists is linked to the appearance of positive symptoms, and specifically the most florid and striking: hallucinations, delusions and agitation among others.

In this sense, loxapine and the other typical antipsychotics are very useful, since they make the dopamine in this brain pathway decrease and its receptors do not use it. However, as we have said before, this would not have a beneficial effect on the negative symptoms.
This is because this type of symptom is linked not to an excess but to a deficit of dopamine in pathways such as the mesocortical. And typical neuroleptics are nonspecific: they reduce dopamine in the entire brain.

That’s why it’s sometimes even possible for some antipsychotics to make some negative symptoms worse, or to generate side effects in areas where dopamine levels were normotypical.

Fortunately, despite belonging to the typical antipsychotics loxapine also has an antagonistic effect on the serotonin 5-HT2A receptors . Since serotonin acts as a natural dopamine inhibitor and there are a large number of serotoninergic receptors in the cortex, inhibiting serotonin means that dopamine in these areas is not diminished by the effects on D2 receptors, so that dopamine levels in areas with dopamine deficits are maintained or even increased. This is why loxapine is sometimes said to act as an atypical. It also has some anticholinergic effect.

Indications for this drug

Loxapine, as an antipsychotic, is primarily indicated for use in schizophrenia and other psychotic disorders. Although its efficacy is not greater than that of other better known drugs, there are data that it seems to have somewhat more efficacy on negative symptoms than other typical or first generation antipsychotics. Other substances are usually preferred as a first choice (used more when other options do not generate the expected response). In addition, it is also occasionally used to control agitation in some cases of manic episodes of bipolar disorder.

It is most commonly used in the treatment of agitation under such conditions, since it has a sedative effect similar to that of haloperidol. However, after the control of these acute episodes it is necessary to establish the corresponding treatment.

Side effects and risks

Loxapine is a very powerful drug, and although it can be useful, the truth is that its high power makes it easy to get annoying or undesirable side effects, as well as (although less frequently) serious problems derived from its consumption.

To begin with, the most common secondary symptoms include dysgeusia or distortion of the sense of taste, sedation (which although desirable in some contexts can be harmful in others, and even a risk in areas such as driving), dizziness, instability or blurred vision. Hypotension, polyuria, secretion of milk or galactorrhea, decreased libido or tardive dyskinesia may also occur. If inhaled, they may appear to be airway irritations. Bronchospasm or hypoventilation may also occur.

More serious but less frequent can be the appearance of the above-mentioned bronchospasms, as well as convulsions or the more dangerous leukopenia, agranulocytosis or the always possible neuroleptic malignant syndrome .

Another aspect to take into account is that not everyone can take loxapine, since some ailments or personal situations may make it contraindicated or at least that if it is used great care should be taken to control and monitor the situation and the doses used.

This drug should not be used by people who are allergic to loxapine or any of its components. People who have suffered convulsions, heart problems, glaucoma or respiratory diseases in the case of the inhaled version (due to the risk of bronchospasm).

It should not be used by people with urinary problems or by pregnant or nursing women. People with renal and hepatic insufficiency should consult their doctor about the suitability of its use. Finally, in the case of elderly people with dementia it should be avoided, as it has been seen that the use of antipsychotics can increase the risk of mortality.