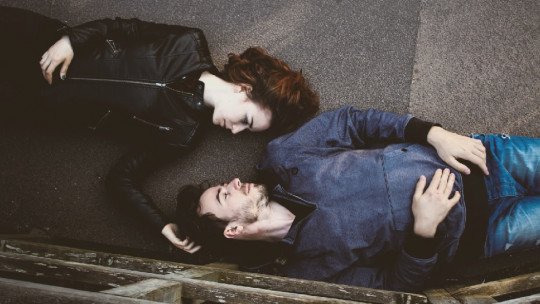 Despite the new forms of couple and the openness that society has shown towards the subject, infidelity continues to cause controversy . There are relationships that range from the conservative, maintaining only one partner throughout their lives, to those who agree to share their partner with more than five people.

This can be seen as either rejection or acceptance depending on the culture in which the bond was formed; however, there is now a certain curiosity to try a new way of establishing rules within a couple’s relationship. Is the concept of fidelity outdated?

Monogamy is a term that means “a union” , referring to both sexual and sentimental exclusivity, either with a person of the same sex or with one of the opposite sex.

Within monogamy also variations arise from one couple to another , even more so with the technological advance of recent years, where maintaining constant communication with another person through a social network, sending or receiving provocative photos, making “match” with someone within a geosocial application, etc. can be considered infidelity.

There is a marked difference between open relationships and polyamory. The first concept talks about a mutual agreement where it is allowed to have occasional sexual relations with other people, as long as no feelings are involved, as opposed to polyamory, in which there is no sexual or sentimental exclusivity , on the condition that both members of the relationship agree to it.In this way, an individual can maintain a sexual and affective relationship with more than one person.

Polyamory is common in some Islamic nations, where not only is sexual and emotional relationship with other people allowed, but it is also acceptable for a man to be married to several women simultaneously.

Why was he unfaithful?

As mentioned above, when thinking about the concept of “infidelity” we find a great variety of definitions , depending on the beliefs and the meaning that each person attributes to the word; therefore, we cannot generalize by believing that all people are unfaithful for the same reason or that they do it in the same way.

Although some research shows that the main cause of infidelity is looking for characteristics in another person that the current partner does not satisfy, understanding an act of infidelity, from the causes to knowing whether to forgive it or not, depends on the meaning given to that word from the beginning of the relationship.

Putting fidelity aside is no easy task

The fact that an infidelity causes pain in the deceived person comes from the sense of possession that one has over the other, in which fidelity is synonymous with love and if the couple ceases to be “the property” of the other by becoming sexually or emotionally involved with someone else, then it breaks with the idea that one has about love; because monogamy is the phenomenon that, mainly in Western cultures, has been transmitted from generation to generation as the right thing and the most socially accepted.

On the other hand, having betrayed a mutual agreement between the couple and continually lying to cover up the infidelity can be more painful than accepting a betrayal in time or knowing that either partner can be attracted to another person at any time .

Therefore, it is not a matter of taking for granted that there is no faithful human on earth and considering polygamy as something natural. It is about understanding that infidelity is a possibility and a risk that one runs when being in a relationship . Nevertheless, suffering and misunderstandings can be avoided if from the beginning an assertive communication is maintained, where everyone expresses the expectations they have of the relationship in question.