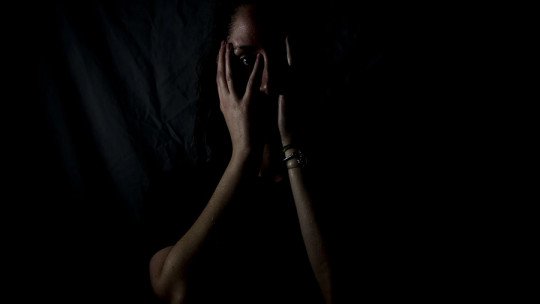 The fear of contracting certain diseases can be considered “normal” and common in people. These types of fear are adaptive, protecting us from danger or harm. In this article we will learn about one of them, luiphobia: syphilis phobia .

Syphilis is a very common sexually transmitted disease (STD), so it is logical to fear it; however, when this fear becomes pathological, a phobia appears. Let’s learn about the characteristics of this phobia, how it appears and how it can be treated.

As the feared stimulus or situation can be identified and specified (in this case, syphilis), luiphobia is considered a specific phobia (in addition to its symptomatology, typical of a specific phobia, as we will see below).

People with luiphobia will fear the disease even when they are not at risk of being infected ; this may affect their emotional and sexual life (and their life in general), as well as diminish their quality of life.

Luiphobia can make the person who suffers it believe that he or she has really contracted the disease he or she fears.

In this case, the fear appears in the face of syphilis, a chronic sexually transmitted disease (STD) that in its first phase produces chancres (open wounds) on the skin, and if left untreated can end up affecting the nervous system, producing mental illness and triggering death.

Penicillin-based treatments for syphilis are now available, and a person with syphilis may recover when the disease is treated in its early stages .

Other phobias of illness

Luiphobia is one of many phobias related to contracting a certain disease. Other disease phobias include leprophobia (leprosy phobia), carcinophobia (cancer phobia), and dermatophobia (skin disease phobia).

Such fear is excessive or irrational , and is triggered by the presence or anticipation of a specific object or situation (in this case, irrational fear of contracting syphilis).

Exposure to phobic stimulation (to situations that lead to initiating or maintaining sexual relations, for example, or to unprotected sex) almost invariably provokes an immediate anxiety response , which can take the form of a crisis of situational distress or more or less related to a given situation.

For children, anxiety can translate into crying, tantrums, inhibition, or hugging. In this case, it is understood that luiphobia would be very rare in the child population.

The phobic situation(s) are avoided or endured at the cost of intense anxiety or discomfort.

Avoidance behaviours, anxious anticipation, or discomfort caused by feared situations interfere strongly with the person’s normal routine , with work (or academic) or social relationships, or cause clinically significant distress.

The symptoms of luiphobia take at least 6 months to be diagnosed.

6. Not explained by other disorders

Anxiety, panic attacks or phobic avoidance behaviors associated with specific objects or situations cannot be better explained by the presence of another mental disorder .

The causes of phobia are the same as the causes for specific phobias, although depending on the type of phobia, they may vary.

On the other hand, luiphobia may also be “inherited”, that is, it may have been acquired by observation (vicarious conditioning) (for example, that the person knows someone in the environment with syphilis), or by processes of information conditioning (that the person in question has heard news of syphilis epidemics, or has been told of new cases of syphilis, with the suffering and discomfort that this disease entails).

The psychological treatment for luiphobia would be the same as for a specific phobia; thus, live exposure is used as the treatment par excellence (behavioural treatment). In this case, the exposure would be to situations that can trigger the contraction of syphilis, or the maintenance of sexual relations, approaches, etc., without the appearance of escape behaviours (with exceptions).

Variants of exposure therapy can also be applied: exposure in imagination or exposure through virtual reality.

On the other hand, s e can employ cognitive behavioral therapy , with the aim of eliminating the cognitive distortions associated with phobia, as well as the dysfunctional beliefs and meaning attributed to syphilis and other behaviors on the part of the person.

At a pharmacological level, anxiolytics can be used (to reduce anxiety), although it is not recommended to use them in exposures in the case of behavioural treatment, since the therapeutic effect is reduced (the person does not face the situation “naturally”). However, they can be used as a complement to other psychological therapies (as well as some antidepressants).