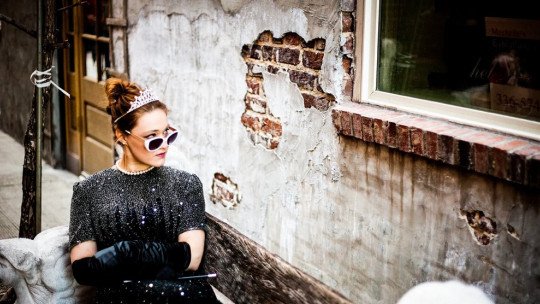 Machismo is a complex phenomenon that, over the centuries, has found different ways to express itself. This means that in different cultures it is expressed through different attitudes and actions. However, there is another aspect that adds complexity to the issue: machismo is not only expressed in men.

The fact is that the fruit of the millennial inequality and discrimination that women have suffered has also been reflected in the kind of values, ideas and attitudes that many of them, like the rest of society, have adopted.

Male chauvinists are a reality , although their ideas about gender roles put them in the spotlight. This article is dedicated to exploring some of the basic actions and ideas through which this sexism manifests itself.

Why are there macho women?

It should be borne in mind that machismo, being the product of a collective rather than an individual phenomenon, cannot be analysed in the same way as, for example, experiencing pain. Most people avoid painful situations, but machismo does not have to have immediate negative consequences for the women who reproduce it.

Thus, being a woman is totally compatible with being a male chauvinist, at least in practice, although in the long run it harms her. But that does not mean, evidently, that they should be criminalized ; in the end, their acts harm them, by feeding the rigidity of the gender roles in which the feminine gender has reserved the worst part.

The awareness and improvement of the material subsistence situations of these people should be the objective, but to do so, it is necessary to know how to detect the internalised misogyny that occurs in people of both sexes.

Male chauvinist attitudes that appear in some women

These are some behavioural patterns that are relatively common in macho women. All of them are also present, with some variations, in male chauvinists, but there are some nuances that are worth taking into account in the first case, since in this case the internalized misogyny is usually more subtle.

1. criticize others by judging them on their sex lives

Women with internalized misogyny may judge others very harshly for no reason, simply because they do not think they are well suited to their gender roles. And one of the most deeply rooted gender roles is that of the person oriented towards the private and family sphere, in which all the sexual and reproductive potential has to be exclusive to one man.

As much as we have already gone through the decade of so-called sexual liberation, the idea that women should preserve their virginity until marriage still leaves a mark on the morals of many people.

2. They judge negatively women who get promoted

As we have seen, the traditional role of women has been confined to the domestic sphere . Therefore, in the case of the female gender, the possibility of having a career is seen as a phase prior to marriage and, therefore, something in which it does not make sense to invest a lot of effort and time.

That is why women who are promoted and progress in their careers are viewed with suspicion by those who have internalized misogyny, among which are male chauvinists.

3. They assume that motherhood is destiny

By traditional standards, reproduction is a woman’s reason for being. Moreover, it is not just any kind of reproduction, but one that goes hand in hand with the nuclear family model: husband, wife and children. It is frequent that the entire mental complexity of the female gender is reduced to the tasks related to childcare , emphasizing the role of genes or “the female essence” over learning or the freedom to choose other forms of life.

These people therefore use their position as women to speak with authority to point out what is female and what is not, causing a kind of competition to take place to find a husband and have children before they pass a certain age threshold, and allowing themselves the luxury of criticising those who do not follow these rules of the game.

4. They make young people pay dearly for their departure

As aesthetics from a sexist perspective talks a lot about the value of women (as reproductive elements they are supposed to be), those women who pass a certain age are ridiculed and undervalued for it. It is a type of discrimination that aims at what one is, not at what one does , just like racism.

5. They keep a close eye on the fulfilment of the canons of beauty

For the same reason that we have seen in the previous section, the male chauvinist woman looks with a magnifying glass at the possible aesthetic imperfections in the others, and points them out publicly. The result is an increase in social pressure that directs the female gender towards an obsession with beauty in its smallest details.