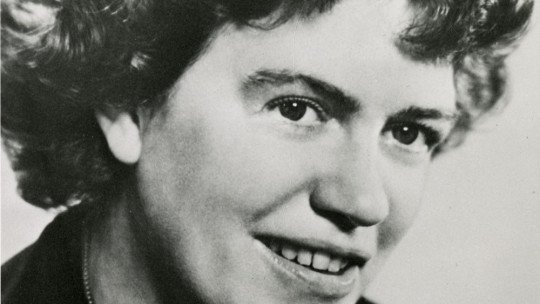 Gender: male and female, woman and man . Traditionally, both sexes have been differentiated and considered to have different characteristics and roles. The passive, obedient and loving woman who raises and cares for the children and her home. The hard, dominant and aggressive man, whose task is to work and provide the family with sustenance.

Throughout history, these roles have been taken for granted and have led to criticism and repulsion towards those who deviated from them. Even today it is not uncommon to hear as criticism that someone is unmanly/feminine. But gender roles are not something natural but a social construction, which in different cultures may not be shared. Margaret Mead’s theory of gender has contributed greatly to the knowledge of this fact, which over time has made gender equality possible.

Who was Margaret Mead?

Born in 1901, at a time in history when the differences between men and women were considered to be due to their innate biological differences being the productive man and the expressive woman, Margaret Mead was an American psychologist and anthropologist whose field of interest focused on researching culture and the ways in which children are raised in different cultures, and how these have an effect on human development.

Mead made numerous trips throughout his life analysing different cultures and the differences between them and with respect to Western culture, observing among other aspects that the consideration of the role of each sex could vary enormously according to the beliefs of the population.

In this context, would be one of the pioneers in describing the concept of gender , separating gender roles from biological sex.

One of Mead’s most emblematic works with respect to gender appears in the book Sex and Temperament in Three Primitive Societies , based on his analysis of different ethnic groups in New Guinea in which the roles attributed to both sexes differed greatly from the traditional roles considered by the Western world.

Specifically, Margaret Mead analyzed the Arapesh, Tchambuli and Mundugumor tribes . In Arapesh society she observed that regardless of biological sex, all individuals were raised to assume a calm, peaceful and affable behavior close to what in the West would be considered feminine.

Her observations about the Tchambuli would reflect that in that society the woman is dedicated to the search for sustenance in activities such as fishing and leads the community , while the man does the housework, assuming behaviors attributed to the other gender in other societies and showing them greater sensitivity in aspects such as art and the search for beauty. In other words, the gender roles of that society could have been considered the reverse of those of Westerners.

Finally, the behavior of the mundugumor is practically inverse to that of the arapesh, being both sexes educated in such a way that they are aggressive, violent and competitive in a way similar to what would be considered typically male at that time.

Observations in these and other societies reflected that in different cultures the roles attributed to men and women were different. From this, it can be deduced that, contrary to what was thought at the time, the biological differences existing between both sexes do not determine the social functioning that men and women should have, but rather it is the upbringing and cultural transmission that incites the existence of most social differences.

Thus, the behaviour, roles and traits attributed to each sex are not linked to the sex itself. The reason that in some places the role is one or the other can be found in the fact that each culture, in its beginnings, establishes a character or performance pattern that is desirable for its components. A pattern that ends up being internalized and replicated across generations.

On this basis, the author considered that the rigidity of gender roles and the differences that these entail should be reduced, so that both sexes could develop fully.

Mead’s theory of gender, which reflects this as a social construct, has had repercussions in several ways. The search for gender equality and the progressive blurring of gender roles and stereotypes have been facilitated by this research.

Similarly, while the author did not place much emphasis on this in her research, she has also contributed to and encouraged other researchers to contribute to debunking myths and beliefs regarding sexual orientation and identity.