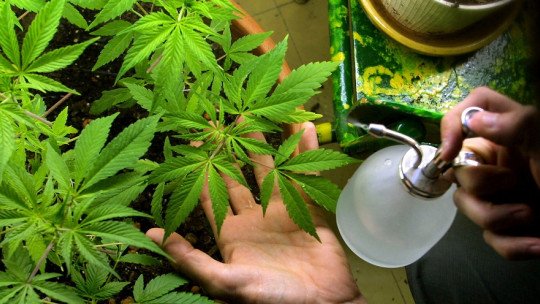 The use of any drug is harmful to the person regardless of the type or frequency of use. However, when these habits cease, quite unpleasant symptoms can also appear.

In the case of cannabis, the consequences of marijuana abstinence syndrome do not have to be as serious as those caused by heroin or cocaine. However, they tend to be quite disabling. The following explains marijuana withdrawal, its symptoms, causes, and treatment.

What is marijuana withdrawal?

We understand by abstinence syndrome to marijuana the reaction that originates in the body when a user addicted to this substance stops taking it abruptly .

This reaction can be more or less intense depending on the person’s level of addiction, and will manifest itself through physical and psychological withdrawal syndromes.

Withdrawal syndrome does not have to appear in all those who stop using marijuana . However, the longer a person has smoked marijuana, the more likely it is that symptoms of withdrawal will appear.

The severity of symptoms is usually not as important as with other substances such as alcohol or cocaine. Also, the intensity of the symptoms will vary from person to person . For example, a person with a very mild dependence on cannabis may have no symptoms at all, or the symptoms may be so mild that he or she can manage them himself or herself.

On the other hand, all those users who have developed a severe cannabis use disorder or an addiction to it, will undoubtedly require treatment by a professional.

How does marijuana work?

Marijuana is a substance made from the hemp plant or cannabis. It is considered as one of the most consumed drugs in the world , seeing an increase in the number of users year after year.

The most common way to use marijuana is to smoke it either alone or with tobacco. However, in recent years there has been a tendency to drink it or ingest it as an ingredient in some culinary preparations such as pastries.

Because of its effects, cannabis is considered to be a psychoactive substance. That is, it alters the brain functions of the person who uses it. Although a single plant contains over 400 different chemicals, delta-9-tetrahydrocannabinol (THC) is the main active chemical causing the changes in the body.

When a person smokes marijuana, this component present in inhaled smoke is absorbed by the lungs, which transfer it into the bloodstream. Once in the blood, THC reaches the brain where it acts on cannabinoid receptors.

THC gives rise to a series of chemical reactions in the brain that lead a person to experience a feeling of happiness and absolute relaxation that is very characteristic of this drug.

This pleasant sensation is due to the fact that most of the brain areas involved in experiencing pleasure, perception of the senses and time, thoughts, concentration, memory and movement, are the ones that house the most cannabinoid receptors in the entire brain .

One of the main drawbacks of THC is that it is deposited in fat cells , so the body needs much more time to eliminate them compared to other drugs.

What are the symptoms of this syndrome?

The symptomatology associated with marijuana withdrawal syndrome is very varied and its appearance varies according to the level of consumption of the person. These symptoms can be divided into psychological symptoms or physical symptoms.

Of all these symptoms, insomnia and depression are the most characteristic of marijuana withdrawal, as well as nightmares and irritability. In terms of physical symptoms, headaches are common and can last for weeks.

Through excessive sweating, the body tries to eliminate the toxins that this substance infects in the body naturally.

How is it diagnosed?

There are a number of pre-established guidelines for diagnosing marijuana withdrawal. These guidelines consist of a physical examination and asking a series of questions about the symptoms. In addition, medical personnel may request a blood or urine test .

With regard to the diagnostic criteria established by the Diagnostic and Statistical Manual of Mental Disorders (DSM-V), the person must meet a series of criteria or requirements in order to be diagnosed with this syndrome. These requirements are as follows.

The person must have 3 or more of the following symptoms for one week after stopping use:

In addition, all of these symptoms must be accompanied by at least one of these physical symptoms:

The symptoms listed above should generate a clinically significant discomfort in the patient , as well as interfere with the patient’s normal functioning.

Marijuana withdrawal will be diagnosed when all of the above criteria cannot be better explained by another disorder, condition, or disease , including abstinence from other substances.

Because the symptoms of this syndrome are mild in most cases, most patients try to manage this symptomology on their own . However, especially in the most severe cases, treatment by professionals will favour the rapid remission of symptoms and increase the probability of success.

These withdrawal symptoms can be treated with medications such as paracetamol, aspirin or non-steroidal anti-inflammatory drugs , always prescribed by a doctor, who will review each case accordingly. It is also important that you drink plenty of water and try to maintain rest.

The psychological accompaniment will help the patient maintain motivation and avoid relapse into marijuana or other drug use.