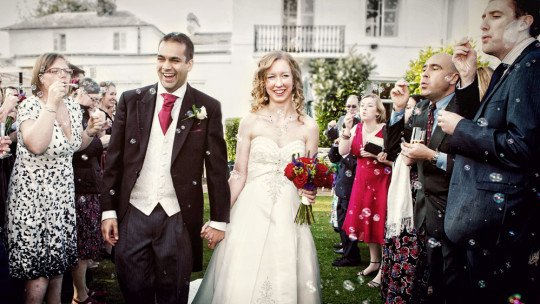 To have a partner and to form a family: this is the objective and/or desire of a great number of people in the world. The idea of marrying a stable partner is seen as something normative at a social level, as if it were a universal aspiration shared by all human beings. In fact, the fact of remaining single has been a source of mockery and derision for many centuries .

However, in today’s society many people advocate staying single, proclaiming that it is not necessary to share your life with a partner to be happy and that it brings great benefits and a freer life. And with this comes the controversial debate as to what is better: Marriage or single life? Below we reflect on some aspects of this interesting question.

Solving the question that gives name to this article is not easy.First of all, we are talking about something very subjective, and you can get different answers depending on the person you are asking. This is because everyone has very different values, beliefs and needs.

Secondly, we must take into account that being single or married may not depend on the person’s will a : there are many people who are single not because they want to be, but because they cannot find someone to stop being so, even if they want to, or because they do not have the means to live with a partner. It is also possible to find in various cultures cases of marriages in which the partners have been forced to become spouses, which is very harmful to them.

Finally, as to whether it is better to be single or married, why does one have to be clearly better than the other? The truth is that both options have their advantages and disadvantages, so determining what is better depends largely on the objectives that each person has set as their life goals . Below we present the positive and negative aspects of each of the options.

The case for marriage

One of the most widely known arguments in favor of marriage in the controversy between them is that being single or married is better than on average married people tend to live more years (about three specifically) than single people.

This has been confirmed in various investigations. However, we must bear in mind that this effect does not have to be a consequence of the marriage itself, and it may be due to many other reasons. It is even possible that it is not that people are healthier because they are married, but that those who are healthier tend to marry.

Stability: they have a regular support framework

Although family and friends are a great social support, married people enjoy a point of support that shares much of their life with them. As long as we are talking about a healthy and welcome relationship, having a partner is a protective element against stress . Although it can also be a source of stress, depending on the relationship between its components.

In any case, marriage also serves to regularize time and allows the establishment of predictable routines that, although they may become monotonous over time, can be supportive in times of stress.

Especially in the case of women, it has been detected that in married people there is a greater possibility of survival in the face of heart problems, as well as other types of serious illnesses.

Assumes a source of brain stimulation

With age, humans tend to reduce contact with others outside their immediate circle. In this context, the existence of a partner implies a cognitive stimulation that acts as a protective factor against diseases such as Alzheimer’s.

Being two at home allows, on an economic level , to have a greater amount of capital , which in turn implies a greater possibility of obtaining desired goods or services, such as renting or buying a house.

Although today’s society is dynamic and fluid, it is still configured under the assumption that citizens will tend to marry. There are therefore a series of social, cultural and even legal and economic benefits designed for married couples from which single people cannot benefit or to which they have more difficult access (grants, adoptions, etc.).

However, in the comparison with singles, the presence of a series of disadvantages of marriage has also been established.

Can be a source of stress

Although, as we have said, the couple is a protective factor against stress, depending on the situation in which the couple finds themselves, they may in fact be a source of stress. Conflicting relationships or problems that last for a long time can aggravate a person’s state of stress , tension and frustration. It all depends on the dynamics of the relationship.

The social circle tends to narrow

Although this does not occur in all cases and at present this tendency has diminished, traditionally there has been a certain predisposition that in married people the obligations and time dedicated to the couple in the case of married people causes a progressive distancing from the usual social circle, restricting socialisation to the closest circle and to common friendships. On the other hand, the relationship with the latter tends to be somewhat deeper.

They tend to make life more sedentary and less healthy

It has been statistically proven that having a stable partner usually correlates with a decrease in the level of physical exercise performed and the interest in maintaining the figure (thus lowering healthy behaviours), as well as a tendency to abandon it.

Sharing your life with someone means that you have to consider how your own actions may affect the other person. In this sense, one’s own wishes and desires must be reflected upon in order to be able to maintain a common project , which may cause some to be delayed or modified.

The advantages of a single life

On the other hand, the life of a single person also reflects a series of advantages over people who have been married, some of which are presented below.

It has been shown that on average single people tend to engage in a much higher level of sport, something that apart from keeping fit protects their health. In fact, single people have a lower number of cardiovascular diseases , although their survival rate is lower. It has also been shown that they generally tend to have more stable and regular sleep cycles, sleeping better than married people.

The single person has more free time and much more choice, since they don’t have to stop and think about what someone else wants as they do when they are in a stable relationship. So the what, how, when and with whom to do something can be chosen more easily, without having to negotiate with anyone . This also implies that there is a greater choice to pursue individual personal goals.

Married people, with the financial support of the other, may have more capital at their disposal. However, being in a couple means investing a large part of it in common elements. Singles, however, are in this sense more independent, being able to distribute their money as they wish without having to negotiate what to do with it.

They live a more heterogeneous life

Married people tend to live a more regularized and stable life, with a greater number of fixed routines. However, single people have more free time and can afford a greater number of diverse experiences without having to plan them too far in advance (beyond what other obligations require of them). They can travel, play sports or pursue their hobbies without having to explain themselves to anyone.

While living as a couple does not eliminate socialization, single people are often more open to establishing new relationships, meeting more people and expanding their social circle. Also it is easier to maintain ties with friends and acquaintances , as they do not focus their attention on their partner.

Facilitates the exercise of resilience

Not having someone to lean on in case of need can be devastating. However, forces the person to exercise their resilience in a much more powerful way than with someone with such support.

Disadvantages of being single

As with married people, being single also has a number of disadvantages, which are listed below.

Lower level of stability and support

As we have mentioned before, having a partner helps to maintain a regular and relatively stable life, helping to focus efforts on specific points. Single people tend to have a higher level of freedom, but do not enjoy such a stable and relatively safe environment.

Having a stable partner and/or being married means having frequent contact with someone you can lean on in times of need. Although family and friends can also be a powerful support, single people do not enjoy this extra reinforcement .

Although they are more likely to play sports and generally take more care of themselves, singles tend to engage in more risky behaviors . Tobacco and drug use are more frequent, as is the practice of high-risk sports or risky sexual relations.

It has been shown that singleness, especially when it is involuntary, tends to be linked to a lower rate of survival or recovery from serious disorders such as cardiovascular ones.

Society is structured around the concept of the couple and the family. Single people are going to find that most institutions offer different options and advantages that they cannot access, or find it more complex to do so.

The final conclusion of the question that gives rise to this article is that each of the options has advantages and disadvantages in both the short and long term , depending on the answer to each person’s question, his or her personality, values and desires and the type of relationships he or she has throughout life.

Also the data that we have reflected in the article are data extracted from different statistics, indicating only general trends. Not all married or single people live their marital status in the same way, so the above elements are not true in all cases.