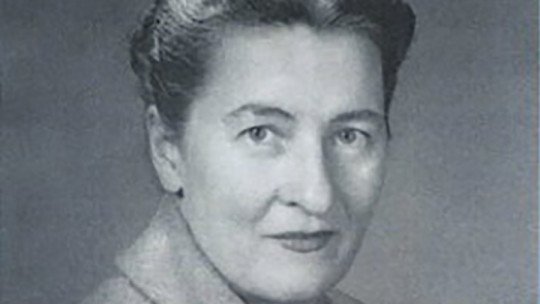 Reconciling work and family life is particularly difficult, especially for women. Although steps are currently being taken to make these two spheres compatible, there is still a long way to go. Their struggle began many years ago with Mary Ainsworth.

Ainsworth was an American psychologist who supported this struggle more than 70 years ago. She also made other contributions, such as the theory of attachment, through The Strange Situation . In this article, we will know in summary form a biography of Mary Ainsworth and a review of her contributions.

Mary Ainsworth was an American psychologist born in Glendale, Ohio, in December 1913. She entered the University of Toronto in 1929 and graduated in 1935. She is considered a pioneer in attachment studies, and consequently, in attachment theory . On the other hand, she was also interested in aspects of women and human beings, which until then had been relegated to the background.

In turn, she was one of the most influential and cited psychologists during the 20th century, despite the fact that in her time women were very restricted in their professional role. Nowadays, her contributions continue to be a pillar on which to build more studies in psychology.

Mary Ainsworth was born in the United States, but her family moved to Toronto, Canada, when she was a child . She graduated in Developmental Psychology from the University of Toronto and obtained her PhD in 1939. Upon completion of her studies, she joined the Canadian Women’s Army; she spent four years in the army and reached the rank of Major.

After a few years she got married and moved to London with her husband. Then she started working at the Tavistock Institute with the psychiatrist John Bowlby . The two of them begin a path of research based on the experiences of separation of children with their attachment figures or caregivers.

In 1953 he moved to Uganda and started working at the African Institute for Social Research in Kampala, where he continued his research on early relationships between children and their mothers.

Some time later he achieved a position at the John Hopkins Institute in the United States and, later, at the University of Virginia , where he continued to develop his theory of attachment, until he retired professionally in 1984.

Finally, Mary Ainsworth died in 1999, at the age of 86, after a lifetime dedicated to developing and researching one of the most important psychological theories available to us today.

The theory of attachment

Mary Ainsworth developed with John Bowlby one of the most important psychological theories for the understanding of early social development: the attachment theory. This theory was initially formulated with a focus on children, although Mary Ainsworth later (in the 1960s and 1970s) introduced new concepts, and finally in the 1980s extended the theory to adults as well.

To study attachment he designed the strange situation, which we will see in detail in the following lines.

Mary Ainsworth is known, among many other contributions, for designing in 1978, together with her collaborators, “The Strange Situation”: it was about a laboratory procedure to study attachment in childhood . It consisted of establishing two episodes of separation between the child and his or her caregiver (generally the mother) in order to analyse the type of attachment of the child, through his or her attitude and behaviour of exploration under conditions of stress (separation).

Specifically, Mary Ainsworth and her collaborators studied children between 10 and 24 months of age, through 8 episodes involving separations and reunions with the mother, as well as the presence of a stranger in some of them.

From this experiment, they classified the children’s attachment according to the behavior they displayed during the separation, as well as by their attitude during the reunion with the mother.

It is the most common attachment (appears in 65% of children). It implies that the child actively explores when the mother is present (safe basis), and that he or she becomes uneasy about the separation . Finally, the child is affectionate when the mother returns.

It appears in 20% of cases. The child shows little discomfort in the separation, avoids and ignores the mother when she returns , shows himself to be angry and does not look for her when he needs her. Exploratory behaviour is active. These are children who can be very sociable with strangers.

It occurs in 10-12% of cases. This type of attachment characterizes children who explore little, who stay close to the mother, who become very restless during and before separation, and who are ambivalent when faced with the mother’s return. They explore little and are difficult to calm down .

It appears in 3-5% of cases, and it is the least secure pattern. Here the resistant and avoidant patterns are combined ; inconsistent and contradictory behaviours appear.

The work of Mary Ainsworth

According to Mary Ainsworth’s attachment theory, one of the essential factors affecting attachment is the mother’s sensitivity to her baby’s needs , which is considered vital for the development of a secure attachment.

This psychologist often spoke in favour of the need to implement programmes that would help women to reconcile their professional careers with their motherhood . This was so because at that time it was almost unthinkable that women could reconcile these two facets of their lives. This is why Mary Ainsworth is considered one of the forerunners of work-life balance programmes for mothers. She was both a researcher and a campaigner, and she fought for women’s rights in this respect, taking an interest in aspects that were very important for women, those that had always been left aside.