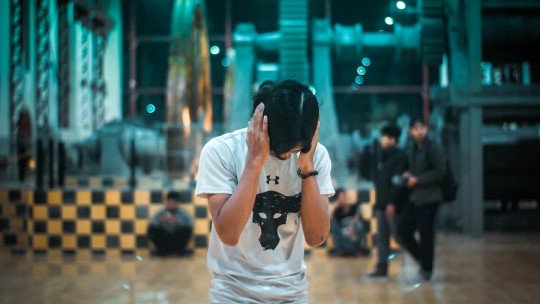 They say that music is the language of the soul. Not in vain, through it the human being has been able to communicate and express his emotions and anguish since the most remote antiquity.

Most find this concept deeply enjoyable and pleasant, using it to relax or vibrate with, and even find it inconceivable to live without music. But although it is unusual, some people feel a deep, highly disabling dread when they hear any piece of music. These are people with melophobia , a strange phobia that we are going to talk about.

The concept of melophobia refers to the existence of a phobia of music, i.e. the irrational emergence of a very high level of panic, dread and anguish when exposed to any type of music or melody.

It is important to take into account that melophobia is not a simple disgust or dislike for music , but it is established as a pathological fear that the subject himself considers not very logical or excessive for the possible risk that it could represent in reality. Approaching or even thinking about exposing oneself to the feared, in this case music, generates a very high anxiety and suffering which usually translates into an affectation at a physiological level.

Among the physiological symptoms that usually appear as a consequence of such anxiety we can find the presence of tachycardia, hyperventilation, cold sweat, agitation or pain in the chest. In addition, depersonalization or feelings of unreality usually appear, as well as fear of losing control of the body or even the possibility of dying, and the subject may suffer an anxiety crisis.

All this makes the subject tend to avoid the feared in order not to feel such anxiety, something that can generate repercussions in the person’s day-to-day life. In the case of fear of music, these subjects will avoid situations such as concerts, discos, parties or even celebrations as far as possible . It is also common for the radio or even the television not to be turned on.

But that’s not all, because beyond the spaces where we try to listen to music per se we can also find music in almost every social event or in almost any place. From a supermarket to a work place, and even public transport, are places where some kind of melody will be played at some point.

In addition, alternative measures may be used to eliminate or reduce the level of sound reaching the ears, such as earplugs.

Melophobia is a very rare disorder, the causes of which are not completely known and which can originate from or be influenced by very different factors. In some phobias it is sometimes considered that there is a certain predisposition at a biological level to suffer from it , as occurs in fear of animals. However, in this sense there does not seem to be a situation at a biological level that could facilitate the emergence of avoidance and phobic behaviour.

Perhaps singing could be considered as a stimulus used since ancient times to generate expectation or give some kind of warning, in some cases negative.

Another theory links the emergence of this or other phobias as a defense mechanism against a painful and emotionally shocking stimulus, such as the death of a close loved one or an experience experienced as traumatic or highly aversive.

In this case it is possible that if the painful and traumatic experience has been associated with the music it will be seen as something negative and anxious and therefore will end up being avoided. For example, the fact that music was being listened to at the time of the death of a family member, the diagnosis of an illness or suffering some type of abuse or harm are situations in which the sound has been conditioned as an aversive stimulus by being linked to the painful situation in question.

The possibility that this phobia may arise secondarily to some medical disorder related to hearing, or as a reaction to excessive sound stimulation that has generated great discomfort, should also be assessed. The clearest example is that of people with hyperacusis, who perceive as much more intense and annoying relatively lower than average stimulations. In this case it would not be a primary phobia but rather secondary to the manifested health problem.

Although melophobia is a strange and unusual disorder, the truth is that can be worked on in therapy in order to try to give an end to the problem or an increase in the feeling of control in the anxiety felt.

In this sense, one of the main strategies that is usually employed is going to be to use exposure therapy. In this type of therapy, the aim is for the subject to reduce the anxiety felt by facing up to the situations he fears and remaining in them without avoiding them until the anxiety is greatly reduced. The aim is not really to eliminate anxiety, but to learn how to manage and reduce it.

To do this, first a hierarchy of exposure will be established, in which a series of situations or activities that appear to be phobic and that generate more or less anxiety in the patient are established between patient and therapist, and then they are ordered. Afterwards, the subject will be exposed to each of them, passing to the next one only when, in at least two consecutive tests, the levels of anxiety are practically non-existent.

For example, in the case of music, the subject may be exposed to small, soft tunes, with half-closed ears, and gradually increase the volume and duration of the piece of music, or go to places such as shopping malls, hear whole songs or even end up going to a concert.

In addition, cognitive restructuring may be useful to modify beliefs that may be at the base of the panic of hearing music. In this sense it may be necessary to debate and make the subject reflect on what music means to him and what he attributes the fear to. We can then try to help the subject to observe and elaborate possible alternative beliefs that could be much more adaptive.

Relaxation techniques are also fundamental, as they allow for the reduction of tone and activation generated by exposure. In fact, they can be used in the above-mentioned hierarchy to do systematic desensitization (where the aim is to reduce anxiety by emitting a response that is incompatible with it) instead of exposure.