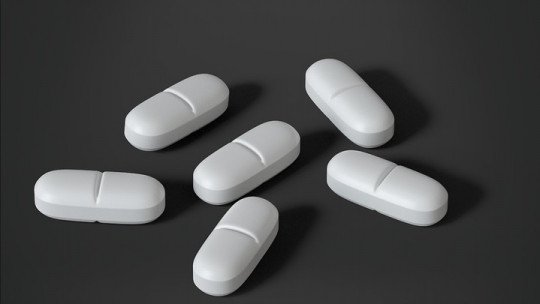 Memantine is a drug that belongs to the group of NMDA receptor antagonists . As such, it serves for the treatment of the manifestations of Alzheimer’s disease, both at a moderate and severe level, although it is also used to treat different types of chronic pain.

We will now look in more detail at what memantine is and what it is for, as well as its indications and some of its main adverse effects.

Memantine is a drug used to treat memory loss. It is a drug especially used in symptoms of Alzheimer’s disease . The latter is a neurodegenerative disorder related to different alterations in the N-methyl-D-aspartate (NMDA) receptors, which are located in the cells of the posterior shaft of the spinal cord physician and are in charge of regulating the transmission of electrical signals in the brain.

What is this drug for?

Memantine serves precisely as a NMDA receptor antagonist . This means that it blocks or stops the oxidative stress associated with the growth of a molecule called “amyloid B peptide”, which is the mechanism associated with the loss of cognitive functions.

In other words, although memantine does not have the capacity to definitively reverse neurodegenerative diseases, it does have neuroprotective and cognitive function enhancing functions. This is because it protects brain connections from toxic calcium levels, which in turn allows signals to be transmitted regularly between neurons.

In addition, memantine is not only used in the manifestations of Alzheimer’s disease but can relieve some neuropathic, psychosomatic and chronic pain , some types of neuralgia and trauma, spinal cord injuries, among others.

Memantine is administered orally. It is marketed in tablet form which can be taken with food, but not necessarily. The tablets are film-coated and contain 10 mg of the active ingredient memantine hydrochloride (equivalent to 8.31 mg of memantine).

Other chemicals found in this medicine are microcrystalline cellulose, magnesium stearate, croscarmellose sodium and anhydrous colloidal silica . Also, the film covering the tablet is made of polyvinyl alcohol, titanium dioxide, talc, macrogol 3350 and yellow iron oxide.

As with other medications, the general recommendation is to take it at the same time each day. In addition, it is usually taken in a small initial dose, which increases gradually over the weeks.

The above are general indications that may vary according to the recommendation of the specialist, given that it is always the medical staff who must indicate how to take this drug after a personal consultation.

It is necessary to take precautions in case of a history of epileptic seizures and in case of a recent myocardial attack .

Also in the case of heart disease or uncontrolled hypertension, kidney failure and if you are taking other drugs with antagonistic properties of NMDA receptors. The latter are those used for the treatment of Parkinson’s, such as amantadine; ketamine, which is used as an anaesthetic, or dextromethorphan, used for coughing.

In the same way, it is necessary to take precautions against radical changes in diet, for example from carnivorous to vegetarian, and it is important to avoid taking it during pregnancy and the period of breastfeeding .

The adverse effects of memantine are usually divided according to whether they are frequent, rare or very specific. Each of these divisions also corresponds to the level of severity of the effects.

They usually occur in 1 to 10 people out of 100, and include symptoms such as headaches, altered liver function, constipation, altered balance, dizziness , shortness of breath, hypertension, and hypersensitivity to medication.

They occur in 1 to 10 out of every 1000 people and are manifestations such as fatigue, hallucinations, vomiting, high probability of fungal infections and clotting in the venous system (i.e. development of thrombosis), heart failure and impaired walking.

Less than 1 person in 10,000 may have a seizure. In addition, taking this drug during treatment for Alzheimer’s has been linked to inflammation of the pancreas, development of hepatitis, psychotic reactions, depression, and suicidal ideation and/or suicide.

However, the relationship between memantine and these latter adverse effects has not been sufficiently investigated, and information on their possible involvement is therefore uncertain.