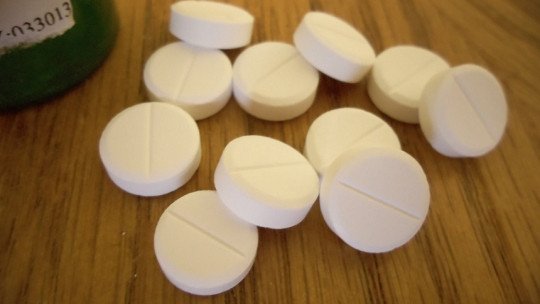 To treat this addiction, substitute therapies with methadone, a synthetic opiate with milder side effects than those of heroin, codeine or morphine, are commonly used.

Methadone is a drug in the opiate family, substances used to treat pain, such as codeine, or for recreational purposes, such as heroin. Opioids are also known as narcotics , although sometimes this term includes cocaine, which has stimulant effects.

The term “opiate” is currently used to refer to any psychoactive substance that has agonistic effects on the opiate receptors of the central nervous system. In contrast, opioids are substances endogenous to the brain with analgesic effects, in particular endorphins, encephalines and dynorphins.

Heroin is especially known among opiates for its addictive potential ; immediately after being consumed this drug is concentrated in the brain, causing a feeling of euphoria. Shortly afterwards it is distributed to other tissues, causing sensations related to sedation.

Methadone is a synthetic opiate that is consumed orally, in liquid or capsule form, or by injection. It is used to treat opioid withdrawal , which causes symptoms such as anxiety, insomnia, vomiting, fever, muscle pain, diarrhoea and dysphoria. It remits progressively 5-7 days after discontinuation of use.

History of opiates and methadone

The ancient Greeks, Arabs and Egyptians already used opium, the dried resin of the plant known as opium poppy, to treat pain and diarrhea. Its use became popular in England in the 18th and 19th centuries, and it reached the United States with railway workers from China; the opium dens typical of this era are famous.

During the 19th century codeine, morphine and heroin, the three most popular opium derivatives, appeared. These drugs were shown to be useful in treating symptoms of pain , diarrhoea and cough, as well as in the withdrawal of other more potent substances, but carried a high risk of addiction in themselves.

Methadone was created in a synthetic form in Germany in 1937 in response to the country’s need for easy to develop opiates. It was found to have significant addictive potential, although its lesser sedative and depressant effects suggested that it could be used as a drug.

Ten years later methadone started to be marketed as an analgesic in the United States. In addition, its usefulness in treating opiate withdrawal was detected, so its effectiveness as a component of substitution therapy in cases of heroin addiction began to be investigated.

Methadone is mainly used to reduce withdrawal symptoms in people undergoing detoxification from the use of opiates, especially heroin. For this purpose it is usually prescribed in the context of substitution therapy.

Contingency management programs using methadone (or naltrexone, an opiate antagonist) have been shown to be effective in heroin detoxification, according to the available scientific evidence. In general it is much more complicated to maintain abstinence from this drug without the use of compensatory drugs.

Methadone is often given to people who are unable to maintain abstinence without the help of a substitute. Although ideally the use of this substance is only maintained for a few months, in some cases the treatment lasts for life to prevent the use of other substances with more serious side effects and the possible spread of disease.

In recent years the use of methadone has extended to the treatment of chronic pain , especially neuropathic pain; in these cases it may be more recommendable than other opioids because its effects are more durable, which reduces the frequency of administration and therefore the addictive potential.

The side and adverse effects of methadone are very similar to those caused by other opiates. In addition to the risk of developing physical and psychological dependence, the most common are drowsiness, feeling dizzy, vomiting and sweating.

Other signs and symptoms that may appear are diarrhea , dry mouth, difficulty in urination , drop in blood pressure, physical weakness, feeling of chronic fatigue, confusion, memory loss and hallucinations. Myosis (pupil shrinkage) is also a characteristic sign of opioid use.

Chronic use of methadone can reduce breathing capacity and alter heart rhythm . On the other hand, it is estimated that approximately 25% of opiate intoxication deaths in the United States are caused by methadone use.