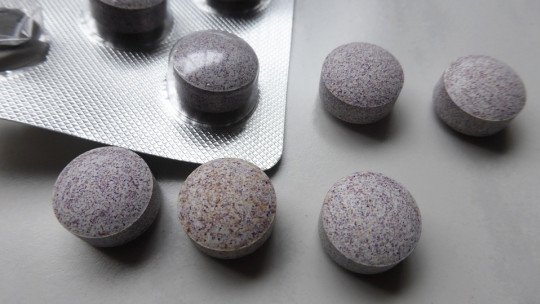 Methaqualone, commonly referred to as “Quaalude”, one of its trade names, is a sedative that was very popular as a recreational drug in the 1960s and 1970s. References to this drug can be found in movies such as “The Wolf of Wall Street” and “Scarface”, as well as in songs by David Bowie or Frank Zappa.

In this article we will talk about the pharmacological properties, history, effects and uses of methaqualone . Although it has been replaced by other less addictive anxiolytics and is currently not legally manufactured, this drug played a significant role in the development of drug therapy that is worth analyzing.

Methaqualone is a drug with depressant effects on the nervous system which falls into the category of hypnotic and sedative drugs as well as anxiolytics. It is part of the pharmacological class of quinazonlinones.

Anxiolytic and sedative psychopharmaceuticals are used to treat symptoms such as anxiety or insomnia, and some of them have effects that make them susceptible to provoke physical and psychological addictions. The most used at present are benzodiazepines, although azapirones are gaining popularity, especially buspirone.

The best known commercial name for methaqualone is “Quaalude” , an abbreviation of the words “quiet interlude”, which can be translated as “quiet interlude”. Other nomenclatures referring to this drug include “Mandrax”, “Sopor”, “Malsed” or “Renoval”, although these products are no longer legally manufactured in most countries.

What was it used for?

From a medical perspective, methaqualone was mainly used to treat physical and psychological symptoms of physiological overactivation, such as anxiety and tension. In particular methaqualone was often prescribed to people with insomnia problems and also as a muscle relaxant.

However, the fact that methaqualone is still known today is because it was very popular as a recreational drug in nightclubs in Anglo-Saxon countries such as the United States, the United Kingdom and Australia. In this sense the consumption of Quaalude was associated with hippie and glam rock cultures .

On the other hand, methaqualone is also one of the sedatives that have acquired a bad reputation for their use as “rapist’s drugs”. Especially well known is the case of comedian Bill Cosby, who during his testimony in a rape trial claimed that he had used Quaalude to abuse numerous young women.

History of this drug

Due to the obvious addictive potential of this substance and the frequency of its use for non-medical purposes, from the 1970s onwards the regulation around methaqualone started to progressively harden. Likewise other more effective and safe sedative drugs appeared, such as benzodiazepines and azapirones.

Methaqualone is currently difficult to obtain in most countries of the world, as it has been outlawed. Some relevant exceptions include South Africa, Mozambique, Zimbabwe, Angola and Zambia, since the use and abuse of methaqualone (often marketed as Mandrax) is very common in these regions of Africa.

Elsewhere, although products containing this drug are available on the black market, it is largely mixed with barbiturates, benzodiazepines, opiates (particularly codeine) and other substances with depressant effects on the central nervous system.

It is known that in Latin American countries such as Mexico, Colombia and Peru there are illegal laboratories that manufacture methaqualone; the same is true in the United States, Canada, Lebanon and elsewhere.

Methaqualone enhances the activity of the inhibitory neurotransmitter GABA (gamma-aminobutyric acid), which explains its physiological effects, mainly the reduction of blood and respiratory frequencies, which in turn leads to an intense feeling of mental as well as physical relaxation.

Although it was introduced into the market as a substitute for barbiturates with a lower risk of side effects and addiction, it soon became evident that methaqualone was not only highly addictive and generated a high risk of dependence , but that consequently the interruption of regular consumption also caused withdrawal symptoms.

Methaqualone overdose causes excessive depression of the activity of the nervous, respiratory and circulatory systems. This results in signs such as muscular hypertonia, convulsions, nausea and vomiting, delirium (acute confusional syndrome) and even coma and death.