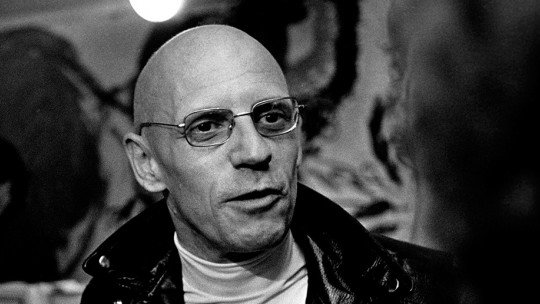 Historian, psychologist, philosopher and social theorist. Michel Foucault was one of the great thinkers of the 20th century , whose ideas generated a great impact and exerted a great influence on the entire French cultural environment of the time.

He was recognized worldwide for his ideas on social institutions, especially prisons, the health system and psychiatry, as well as for his studies on human sexuality. These ideas, along with his own biography and work, will be reviewed throughout this article.

Born on October 15, 1926 in Poitiers, France, under the name of Paul-Michel Foucault, this prestigious French thinker grew up in a formal environment where studies and knowledge were considered essential, since Foucault’s father was a renowned French surgeon.

After an academic history full of ups and downs, Foucault managed to join the famous École Normande Supérieure , recognised as one of the best specialists and thinkers in the humanities in France.

His stay at the École Normande was one of his most difficult stages. After suffering from depression and several suicide attempts, Foucault was in the hands of a psychiatrist for a long time. During this period he acquired a great passion for psychology, which led him to graduate in both psychology and philosophy.

After finishing his university studies, Foucault obtained a teaching position at the École Normande . However, his stay in this position was brief and he took up a post as professor of psychology at the University of Lille, also in France.

After several more assignments, Foucault returned to France with the intention of finishing his doctorate, during which he accepted a position in the philosophy department of the University of Clermont-Ferrand.

Throughout this period of his life Foucault became a prolific writer, with most of his texts focusing on psychology, psychiatry and mental health . While his later publications focused on topics related to politics, social issues and sexuality.

During the years in which he was interested in the structuralist current, Foucault was considered to be part of the current, being at the same level as some other great thinkers such as Jacques Lacan or Claude Lévi-Strauss. Despite this, Foucault completely rejected the idea of being considered a defender of structuralism .

In 1968 the famous student revolts of May broke out, events that deeply marked Foucault and after which he obtained a position as head of the philosophy department of the newly created experimental university Paris VIII. From here began his years of strong political activism.

Finally, this philosopher was elected to the prestigious academic body of the Collège de France , increasing his participation in political life and traveling around the world to give classes and lectures, including his famous lectures and interviews in the United States and Iran.

During his last years of life Foucault was criticized for having changed ideas and opinions continuously throughout his life, which he defended as a natural phenomenon due to experience and acquisition of knowledge.

Finally, Foucault died in 1984 of AIDS , not before destroying a large part of his manuscripts and strictly forbidding the publication of all those who could have “survived”.

Power according to Foucault

Although Foucault initially focused on mainly psychological and mental health issues, as well as the institutions that control them, his most important and recognized contributions are in the field of social science and politics.

Because he lived during a time of great change and social upheaval, Foucault was very interested in the present to which he belonged. He made exceptional reflections on the systems and power relations of the time.

First of all, it is necessary to specify that when talking about power, Foucault does not only limit himself to governmental or institutional power , but also encompasses the power relationships that exist in all spheres of society, also known as social power.

This social power is made up of a great web of small spheres of power, situated below the great powers such as the government or the church. According to Foucault, these sub-spheres of power are at different levels and rely on each other to manifest themselves in subtle and cunning ways.

However, according to the thinker himself, the main obstacle to carrying out a revolution is the maintenance of power relations as they were at the time, calling for an examination and analysis of these power relations of a social nature .

In one of his publications known as The Microphysics of Power (1980), Foucault reviews these power relations through two different domain dynamics:

Foucault insists that the conflict is not only in government power, but also in all the substructures with power relations within them that sustain it.

Following this idea, Foucault insists that the analysis of power relations should not start from governmental power , but it is necessary to start from the smallest subspheres of power that feed it and make its maintenance possible.

Finally, Foucault determines that the main role of thinkers is within society, accompanying it in the struggle against the forms of power that exist within it.

Main works of this philosopher

As mentioned above, Foucault distinguished himself as a prolific writer. Below we review some of his most relevant works.

In this work by Foucault, the thinker reflects on how all historical periods are distinguished by presenting a series of fundamental conditions of truth that establish what is acceptable, and how these conditions evolve and change over time .

Another of the most relevant works of the French thinker in which he examines or analyses the functionality and power of sentences as basic units of discourse.

Throughout this work, an analysis and reflection on the functioning of the penitentiary institutions is carried out, with the intention of understanding the evolution over the years of the forms in which convicts are punished.

When Foucault died in 1984, he was writing the fourth volume of these reflections, which focused on sexuality and Christianity.