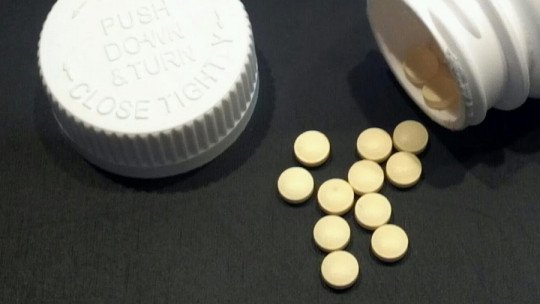 Anxiety is one of the most common problems today. In fact, a large majority of the Western population has had or will have some episode of anxiety or some crisis of distress during their lives. And while for some it may be something that has happened at some point, for others it may become commonplace and require some form of treatment.

In this sense, at a pharmacological level we have substances that allow us to lower the levels of anxiety in specific situations. This is the most widely used group of psychotropic drugs among the population: anxiolytics. And within these, the benzodiazepines stand out, with applications not only for anxiety itself but also for other conditions.

An example of this type of drug is midazolam , which we will discuss throughout this article.

Midazolam: what is it?

Midazolam is an anxiolytic drug, that is, a drug that through its action on the brain’s neurotransmission systems allows the treatment of conditions such as anxiety, agitation and extreme nervousness .

Among the anxiolytics, it is part of the benzodiazepines, the most popular group of anxiolytics used in anxiety and whose appearance allowed to displace the barbiturates (effective but much more dangerous and addictive) besides having multiple applications in different types of disorders.

It is a sedative-hypnotic drug and also has an anticonvulsant effect . Although it is not considered an anaesthetic, it has a slight effect at this level which, together with sedation, means that it is often applied in preparation for anaesthesia and together with other drugs.

Midazolam is a short-lived benzodiazepine, which means that its effects take a short time to disappear (on average 2.3 hours, although it can range from 2.2 to 6.8 depending on body mass), but on the other hand its effects are almost immediate (it starts to have sedative effects after two minutes). It is metabolized in the liver and is excreted mainly through the kidneys.

On the other hand, midazolam is a well known product with multiple applications, and is available in various presentations for administration by oral route (the most common in tablet form), intravenous or intramuscular (presentation as an injection), intranasal or even rectal. It can be used in children older than 6 months, although highly controlled doses prescribed by the doctor are required. In the case of children under this age, there is a risk of respiratory depression.

Unfortunately, it is also famous for a controversial application in the United States: it is one of the drugs with a sedative effect that is applied to prisoners sentenced to death before they are subjected to lethal injection, in order to render them unconscious (high doses are used) before other substances that will cause death are applied.

Even so, the drug has a weak anaesthetic effect and is not approved as such, and in fact there have been court cases to stop it being applied in this way, as there have been cases of prisoners where it did not work.

Mechanism of action: how does it work?

Like many other benzodiazepines, midazolam acts on our body through a mechanism based on the alteration of the gabaergic system . Specifically, midazolam is an indirect agonist of gamma-aminobutyric acid or GABA, which is one of the main inhibitory neurotransmitters in the brain.

This mechanism implies that the drug acts by activating the gabaergic receptors of the nervous system, which has the effect of inhibiting the system and reducing the level of brain activation . This action is especially relevant in the limbic system, which is linked to emotional responses, including anxiety.

As we have seen, the different indications of this substance are diverse. Given that it is a short-lived anxiolytic, it is especially indicated in those situations in which a sudden access of anxiety and agitation appears , such as an anxiety crisis. It can also be used for sleep induction in people with conciliation insomnia (i.e. they have problems falling asleep).

Another of its main indications and uses is at a medical level, as a sedative drug to relax patients before some type of surgical intervention or in a situation of being in the intensive care unit.

It is also applied at the level of anesthesia, mainly as a pre-drug or for the induction of other anesthetics. In addition, it is used as an initial antiepileptic treatment in crises, or in problems linked to muscular spasticity as it can help to relax the muscles.

As it is sedative, it can cause falls and fractures, especially in the elderly. Also hypotension and vasodilation may appear, respiratory alterations that may reach depression and respiratory arrest, decrease of the level of consciousness, tremors and aggressive behavior (a possible paradoxical effect).

Seizures have also been observed in some cases (especially in children or as an effect of withdrawal). The possible hypotension and the slowing down of the heart and respiratory rate are especially relevant.

Last but not least, this and other benzodiazepines can generate dependence and be linked to abusive use (in the case of midazolam it is easier as it is quick and short acting) and even overdose which can lead to coma and even death, as well as withdrawal syndromes (something which means that its withdrawal must be gradual).

Although the effects of this drug can be very useful, the truth is that midazolam may be contraindicated for some population groups due to the risk that its effects on the body may pose.

These include all those who are allergic or hypersensitive to this drug or any of its components. It is also contraindicated for persons suffering from respiratory insufficiency or depression, as well as those suffering from heart problems , sleep apnea or having a serious chronic illness.

It is not recommended or great caution should be taken by those with kidney or liver failure. It should also not be used by people with myasthenia or glaucoma, people in a coma or those under the influence of alcohol or other depressant substances.

Concomitant use with other drugs should also be avoided, and their suitability should be discussed with the doctor, as in some cases they may interact and either enhance or diminish their effects. Among them we can find some antidepressants, antihypertensives, antihistamines, antiretrovirals (as in the case of some of the protease inhibitors used in HIV), ketoconazole, fluconazole, diltiazem or some antibiotics.

Pregnant and lactating women should not use it unless necessary, as it can cause effects on the fetus and even lead to dependency.

Although it is applicable to children, its use should be carried out with particular caution with this sector of the population (it should be avoided as far as possible in children under six months of age unless necessary, and always with control and monitoring).