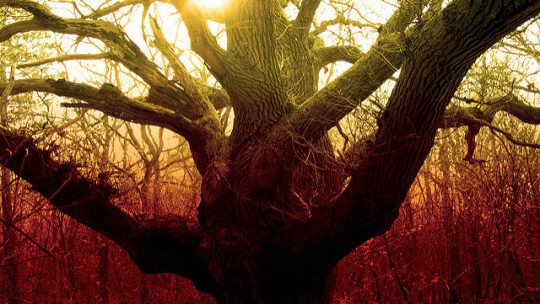 Mindfulness is considered a third generation psychological therapy , and one of the best known programs is the MBSR (Mindfulness-based stress reduction program) or , considered one of the most effective treatments for stress.

But in recent years, another program based on Full Care is becoming very popular in the treatment of various disorders, such as depression or anxiety. This is the MBCT (Mindfulness-based cognitive therapy).

Mindfulness is not a matter of doing, but of being

In reality, the practice of Full Attention, more than a set of techniques for being in the present moment, is an attitude towards life . It could be said that Mindfulness allows the acquisition of a series of healthy habits, it is a style of coping that boosts the personal strengths of each person and helps in the adaptation to the modern world, as it favours the well-being of individuals in a society that tends to detract from people’s genuine identity, and helps to connect with oneself.

In order to acquire the Mindfulness mentality, it is necessary to carry out a training. Mindfulness training consists of a series of exercises that allow you to pay attention to the present in a non-judgmental way . Even so, it is not a question of doing, but of being. In other words, it is to be with the five senses without evaluating either internal or external experience.

Mindfulness is a state of self-regulation of one’s attention, so the will of each person becomes essential to its practice. Curiosity, openness and acceptance are part of being aware.

The applications of Mindfulness

Mindfulness has been shown to be useful in the treatment of various phenomena, including

Mindfulness-based Cognitive Therapy: what is it?

There are different Mindfulness programs. One of them is the MBCT of Zindel Segal, Mark Williams and John Teasdale, which was originally developed as a treatment program for emotional stress and anxiety , and as a relapse prevention program for patients with depression.

The program combines Mindfulness meditation with the acquisition of practical skills that characterize cognitive therapy, such as the disruption of thought patterns that lead to depressive or anxious states.

Several studies have been conducted to test the effectiveness of this treatment. The results show that the vast majority of people who use this program improve their quality of life and experience less depression, anxiety and emotional stress.

How does Mindfulness affect Depression?

The different exercises proposed by the Mindfulness-based Cognitive Therapy program change the way the patient thinks and interprets facts . The benefits are:

Mindfulness: Reconnecting with oneself

Self-pity is one of the basic pillars of Mindfulness, and and implies being warm and compassionate towards oneself . It refers to the acceptance of one’s way of being and of the thoughts and emotions that arise from one’s self without judging or criticizing them.

Mindfulness is useful in today’s context because it re-educates you. We live immersed in a culture and a society in which capitalist and consumer values triumph: money or image have more value than human beings themselves. In this environment, everything has a price, be it dignity, self-esteem, pride or honour, everything becomes a commodity, even interpersonal relationships. Mindfulness helps to find oneself again, away from the influence and pressure of this society that seriously damages emotional balance.

This type of therapy takes advantage of the beneficial effect of Minfulness and applies it to situations where stress and anxiety play a very important role. It should be noted that high levels of stress have a knock-on effect on both the nervous system and hormone regulation, so curbing this constant state of alertness relieves many of the symptoms for which patients come for consultation.

On the other hand, Mindfulness also has a beneficial effect on emotional regulation, which has a positive impact on many aspects of quality of life. In addition, improving the emotional aspect allows us to get more out of the therapy, something that unfortunately not all patients achieve, a phenomenon that explains in part why some people abandon the treatments they are undergoing.

In this way, a double effect is achieved from Minfulness: the quality of life is directly improved, and it is easier to follow the treatment.