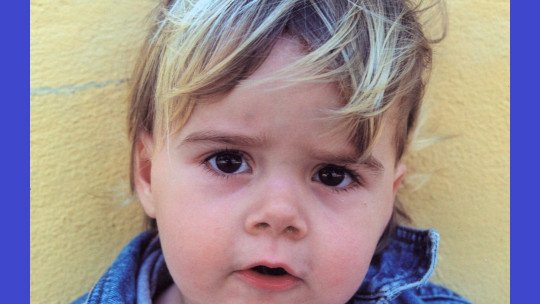 It is becoming increasingly clear that obesity is a major problem in Western societies. Not only does the food we have access to contain more carbohydrates and poor quality fats, but it is also very common to try to dissipate work-related stress by making trips to the fridge , something unthinkable a few centuries ago.

Our problem is malnutrition, more than undernourishment, and this inheritance seems to be drastically changing the health of the new generations, who from their early years learn unhealthy habits, both those related to poor nutrition and those involving forms of passive leisure (excessive use of computers and video games, etc.). In 2014, for example, around 15% of children in Spain had problems with obesity and 22.3% were overweight.

How to fight against childhood obesity? It is complicated, taking into account that, in addition to being produced by learned routines and determined consumption preferences, obesity has a biological factor: impulsivity and lack of control over eating behaviors could be explained by an unusual connectivity between areas of the brain, as is generally the case with addictions.

If, in addition, we want the results of the intervention on childhood obesity to be maintained over time without falling into relapses, everything becomes much more difficult, since it must act both on the behaviour and on the way the brain and, by extension, the entire neuroendocrine system work .

However, a team of researchers from Vanderbilt University seems to have found evidence that childhood obesity can be combated by practicing Mindfulness, which can be hypothesized from their discovery: feeding problems in young children would indeed be explained by a decompensation in the degree of neuronal connectivity when comparing areas related to inhibition and areas related to impulsivity. These results have been recently published in the journal Heliyon.

Other scope for mindfulness

The key, according to the researchers, would be to identify the problem of obesity as early as possible and develop a mindfulness program with them, which can be combined with other measures to address the problem. This could be another of the health-related functions in which mindfulness has been shown to be effective.

These improvements could be explained by the modifications in neuronal connectivity that seem to be associated with the practice of this activity and that predispose less impulsive behaviour to better control of one’s own behaviour. According to the researchers at Vanderbilt University, there is reason to believe that practicing Mindfulness helps to rebalance the number of connections associated with inhibition and impulsivity, making one not completely dominant over the other.

So, if childhood obesity were related to this type of decompensation, Mindfulness could be very useful in combating it. For that, however, they had to make sure that this type of imbalance in neuronal connections explained at least in part the appearance of obesity in children. And to solve this question they designed a study.

The team of scientists obtained data on 38 children between the ages of 8 and 13, five of whom were obese as children and six of whom were overweight. The data collected on these children included their weight, their answers in the Child Eating Behaviour Questionnaire (CEBQ) containing data on their eating habits, and magnetic resonance imaging (MRI) of their brains.

In particular, in children with overweight problems, the brain regions related to impulsivity were better connected to the rest of the brain than the areas associated with inhibition. The opposite was true in individuals who were better able to avoid problems of obesity and the habits that lead to it, since the region related to inhibition was better connected to the rest of the neuronal networks than the area associated with impulsivity.