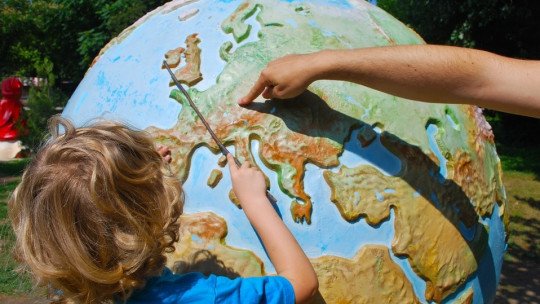 Molding is a technique used to promote learning, especially for children with special needs. It was first described by psychologist B. F. Skinner, father of operant conditioning, and was a fundamental milestone in the development of this behavioral paradigm.

In this article we will explain what molding is, also called “method of successive approximations” because it basically consists of reinforcing a behavior in a selective way so that it ends up adopting a certain topography and function. We will also talk about some of the operating techniques that are usually used together with molding.

Moulding is a learning paradigm that is framed in operating conditioning . In the context of applied behavior analysis, which was developed by Burrhus Frederick Skinner, behavior molding is normally carried out through the method of differential reinforcement by successive approximations.

These procedures are based on the progressive modification of an existing response in the behavioural repertoire of the learning subject. By selectively reinforcing behaviors that are increasingly similar to the one being established, these are strengthened while those that are less precise tend to be extinguished due to the lack of contingency with reinforcements.

Thus, the fundamental mechanism of these behavioural techniques is reinforcement , in particular the differential type. Since the middle of the 20th century we know that it is more effective to focus the instructional processes on the reinforcement of desirable behaviours than on the punishment of other incorrect ones, both for ethical and purely practical reasons.

Moulding is one of the operating techniques used to develop behaviour. In this sense it is similar to enchainment, in which learning consists of combining simple behaviors present in the subject’s repertoire with the aim of forming complex behavioral chains, such as starting a vehicle or playing a musical instrument.

A special variant of this operating paradigm is self-molding, in which a conditioned stimulus is paired with an unconditioned one without the behavior of the learning subject influencing the process. Therefore, self-molding is not included within operant or skinnerian conditioning but rather within classical or Pavlovian conditioning.

The method of successive approximations

In order to apply the moulding and the method of successive approximations it is first necessary to determine which is the final behaviour that the subject will have to learn to execute. His or her repertoire of responses is then assessed, usually through behavioural tests, to identify one that may be a good starting point for learning.

Specifically, the objective is to select a behaviour that the subject can carry out without problem and that resembles as closely as possible the objective response, both in its topographical (e.g. type of muscle movements involved) and functional aspects; this term refers to the goal or function that a given behaviour fulfils.

The next step is to determine the steps that will lead from the initial behaviour to the final one, that is, the successive approximations to the target behaviour . It is advisable to test the sequence before applying it and, if necessary, to revise it during the shaping process in order to enhance its effectiveness.

Moulding has been used successfully in a large number of different applications. Among the most relevant are special education (such as cases of autism and functional diversity in general), motor rehabilitation after injury and sexual dysfunction; the Masters and Johnson method for treating erectile dysfunction is a good example.

Molding is usually not applied in isolation, but in a broader context of intervention: that of the paradigm of operant conditioning, and in particular in applied behavior analysis, which was developed by Skinner and in which many of the operant techniques we know today originally emerged. This was based on associating certain actions with the stimuli produced by the effects that that behavior has when applied to the environment.

To enhance the effectiveness of the successive approximation method, this method is usually combined with other operating procedures . In this sense, it is worth noting the application of discriminatory stimuli that inform the subject that if he emits the correct behaviour he will obtain reinforcement and the progressive fading of these.

The ultimate goal is that the target behavior becomes controlled by natural reinforcements, such as social reinforcements (like smiles and even looks), and not by discriminatory stimuli, which are a good way to develop behavior but not to maintain it. This process can be called “transference of control stimulation”.

Other operative techniques that are frequently associated with molding are modeling , which consists of learning through observation of the behavior of others, verbal instructions and physical guidance, which would be given when a psychologist moves the hands of the child she is helping to educate to indicate how he should use a zipper.