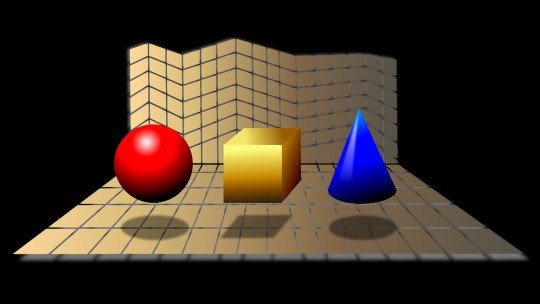 In the year 1688, the Irish scientist and politician William Molyneux sent a letter to the arch-philosopher John Locke in which he raised a question that aroused the interest of the entire scientific community of the time. It is a mental experiment known as Molyneux’s Problem , and it still arouses interest today.

Throughout this article, we will talk about this question that has been debated and discussed both in the field of medicine and in that of philosophy and that still today generates numerous disagreements among researchers and thinkers.

What is Molyneux’s Problem?

Throughout his career, Molyneux was particularly interested in the mysteries of optics and the psychology of sight. The main reason for this is that his own wife lost her sight when she was still very young.

The main question that the scientist asked himself was whether a person born blind who has learned to distinguish and name different objects by touch , would be able to recognize them with his sight if at some point in his life he recovered it.

The background that led Molyneux to formulate such a question was inspired by a writing by the philosopher John Locke in which he made a distinction between ideas or concepts that we acquire through a single sense and those for which we need more than one type of perception.

Since Molyneux was a great admirer of this English intellectual, he decided to send him his reflections by post… which, at first, received no response. However, two years later, with the recent friendship between these two thinkers, Locke decided to reply, moreover, with great enthusiasm.

He included Molyneux’s Problem within his work, enabling such reflection to reach a much wider audience .

Locke exemplified this issue as follows: a man who has been blind since birth learns to distinguish by touch a cube and a sphere made of the same materials and of the same size. Now suppose that this man regains his sight and both objects are placed in front of him, could he then distinguish and name them without touching them first, only with his sight?

Molyneux’s Problem attracted the attention of numerous philosophers, most of whom have become references today. Among them were Berkeley, Leibniz, William James and Voltaire himself.

The first discussions of the time

The first reactions of the philosophers of the time denied first of all the possibility that a person blind from birth could acquire sight, so they considered Molyneux’s Problem as a kind of mental challenge that could only be solved by reason.

They all agreed that the sensations perceived by the senses of sight and touch differed from each other, but they managed to establish an agreement about how they related. Some of them, like Berkeley, thought that this relationship was arbitrary and could only be based on experience.

Once the opinions and thoughts of each and every one of these philosophers had been compiled, it became clear that all those who belonged to the empiricist current of the philosophy of the time , such as Molyneux, Locke and Berkeley, responded in the negative: the blind man would not be able to associate what he was seeing, on the one hand, with what he had touched, on the other. In the opposite sense, those who followed rationalist positions tended to give affirmative answers, so there was no way to achieve a unanimous solution.

Some of the philosophers thought that a person deprived of the sense of sight from birth could respond directly in the moment he could observe the objects. However, the rest of them thought that the person would need to make use of his memory and his reason, and that he should even be able to observe all sides of the objects walking around him.

Despite the impossibility of carrying out scientific studies that could solve Molyneux’s problem, in 1728, the English anatomist William Cheselden published the case of a child with congenital blindness who had been able to see after a cataract operation.

Throughout this case, it is explained that when the child was first able to see, he was not able to recognize, through his eyes, the shape of things, nor could he differentiate between various objects.

Some philosophers, including Voltaire, Camper and Berkeley, considered the English doctor’s observations to be obvious and irrefutable, thus confirming the hypothesis that a blind person who regains his sight is not able to differentiate objects until he learns to see.

However, others were sceptical of this evidence. They felt that the child might not have been able to make valid judgements because his eyes were not yet functioning properly and that he needed to be given some time to recover. Others, moreover, pointed out that the boy’s intelligence could also influence the validity of his answers.

Modern approaches to the mind experiment

Throughout the 19th century, all kinds of stories and studies were published about cataract patients who tried to shed some light on the Molyneux Problem. As was to be expected, results of all kinds appeared , some in favour of Cheselden’s results and others against. Furthermore, these cases were impossible to compare, since the pre- and post-operative circumstances were quite different. As a consequence, the Molyneux Problem was discussed very often, without any agreement on its solution.

As for Molyneux’s Problem in the 20th century, he focused on historical and biographical reviews of those philosophers who analyzed it and proposed solutions for it. Over the years, this enigma has come to encompass all kinds of scientific fields such as psychology, ophthalmology, neurophysiology and even mathematics and art.

In 1985, with the incorporation of new technologies in the field of health, another variation to the Molyneux Problem was proposed. In this, it was questioned whether the visual cortex of a congenitally blind patient could be electrically stimulated in such a way that the patient would perceive a pattern of flashes of light in the form of a cube or sphere . However, even with these methods it has not been possible to establish a reliable answer to the question.

The problem that could never be solved

We are quite sure that at no time was Molyneux aware of the turmoil his question would cause throughout history. In this sense, we can conclude that Molyneux’s Problem is one of the most fruitful and productive mental experiments proposed throughout the history of philosophy, which is still shrouded in the same mystery as when Molyneux posed it in 1688 .