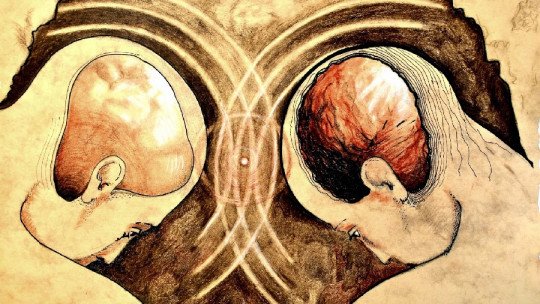 Moral realism is a philosophical position that defends the objective existence of moral facts . That is, it holds that, independently of the subjective, cognitive or social properties; moral premises and actions have an objectively verifiable reality.

The latter has generated long and complex philosophical discussions around questions such as: are moral claims really true? does honesty, for example, have an objective reality? what gives a moral claim the quality of “truth”? is this a metaphysical or rather a semantic debate? Likewise, and beyond the philosophical debates, moral realism has been incorporated into important theories of psychological development.

In line with the above, we will see in an introductory way what moral realism is, what are the philosophical positions with which it debates and how it has been incorporated into psychology.

What is moral realism?

Moral realism is the philosophical position that affirms the objective existence of moral facts. According to Devitt (2004), for moral realism, there are moral assertions that are objectively true, from which the following conclusion can be drawn: there are persons and actions that are, in objective terms, morally good, bad, honest, unkind , etc.

For its proponents, moral realism is an important part of the worldview of subjects in general, and it was so for the social sciences especially before the emergence of contemporary currents that questioned the relationship between “meaning” and “truth”.

He argues, for example, that a person’s cruelty functions as an explanation for his behavior, making moral facts part of the hierarchy of facts that make up the natural world.

Realism, in more general terms, is a philosophical position that sustains the objective existence (independent of the observer) of the facts of the world . This means that our perception is a faithful representation of what we observe, and the same is true when we speak: by affirming something in literal terms, its existence and veracity are confirmed. That is to say, in the background of this argument, we find the univocal relationship between language and meaning.

Since the “linguistic turn” of the 20th century, philosophical debates and issues were dealt with in relation to language and the relationship between language and meaning was questioned, thus also questioning the most fundamental philosophical truths.

The latter has led various philosophers to discern between debates about the meaning we give to the world, and debates about things in the outside world. That is, between the metaphysical debates and the semantic debates. Realism as a philosophical position can be observed in many different areas, for example, in philosophy of science, in epistemology, or, as in the case at hand, in morality.

According to this philosophical position, moral facts are translated into psychological and social facts .

There are, therefore, actions that “should” be taken and others that are not, as well as a number of rights that can be granted to subjects. And all of this can be verified in an objective manner, since they exist independently of the person or social context that observes or defines them. Therefore, Devitt (2004) tells us that moral realism is sustained in two dimensions:

Moral reality is independent of the mind, since moral facts are objective (they are not shaped by our feelings, opinions, theories or social conventions).

It maintains a commitment to moral facts, as it affirms their objective existence.

Criticism and debate about the objectivity of moral facts

The criticism of moral realism has come from the subjectivist and relativist currents that have questioned the relationship between language and the different elements that make up a reality, both psychological and social; as well as the possibility of talking about this reality independently of who defines or experiences it.

Specifically, in the context of moral realism and relativism, two main criticisms arise, which are known as “non-cognitivism” and “error theories”. All of them debate around the same object of investigation: moral statements.

And they wonder, on the one hand, if these statements speak of moral facts, and on the other hand, if these facts or at least some of them are true. While moral realism would answer both questions in the affirmative, and would ask what makes a moral fact “true” in universal terms; non-cognitivism and error theories would respond in different ways.

Non-cognitivism maintains that moral statements do not correspond to moral properties; in fact, they are not properly affirmations, but indicative sentences without any condition of truth that corresponds to the facts.

They are sentences that express attitudes, emotions, prescribe norms, but not moral facts in themselves. This semantic analysis is accompanied by a metaphysical position that affirms that there are no moral properties or facts.

Broadly speaking, the Theory of Error, by Australian philosopher (known for his moral skepticism) John Leslie Mackie, says that moral claims do indeed contain moral meanings, but that none of them can be completely true. That is, there are moral facts that are reported through moral claims, but they are not necessarily true.

For the theory of error, there are no moral facts in themselves; that is to say, it denies the existence of all objective moral reality. To analyze why people discuss moral facts that do not exist, someone who positions himself in defense of the theories of error could point out how moral statements are used to mobilize emotions, attitudes or personal interests (assuming that such discussions inform about facts with moral meanings).

Moral realism is also one of the key concepts in Swiss psychologist Jean Piaget’s theory of moral development.

Broadly speaking, what he proposes is that children go through two major phases characterized by stages of progressively abstract reasoning . These phases follow the same sequence in all children, regardless of their cultural context or any other element external to the subject himself. The phases are the following:

Later, the American psychologist Lawrence Kohlberg concludes that moral maturity is not reached after the second stage proposed by Piaget. He elaborates his own scheme of moral development in six stages that include the first two of the Swiss psychologist, including the idea that morality has universal principles that cannot be acquired in early childhood.

What Kohlberg does is to take Piaget’s theories of cognitive development towards more detailed studies on the evolution of moral judgments; understanding these as a reflexive process on values, and from the possibility of ordering them in a logical hierarchy that allows to face different dilemmas.

Piaget and Kohlberg’s studies have had a major impact on developmental psychology, but they have also been criticized for calling for a neutrality and universality of moral development that could be applied to understanding all subjects regardless of issues such as cultural context or gender.