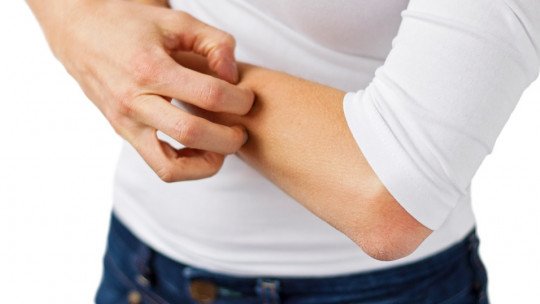 In 2001, Mary Leitao, a biologist and mother of a 7 year old boy She discovered that her son had unique skin sores on which strange fibers of unknown origin could be seen. After a tireless search for diagnosis and unresolved answers, she herself coined this condition as Morgellons’ syndrome.

The Morgellons syndrome is a mysterious and very controversial disease , for which today there are still no answers endorsed by the entire scientific community, and around which circulate all kinds of theories both scientific and conspiracy.

What is Morgellons Syndrome?

Morgellons syndrome or disease is a rare condition , the name of which was coined relatively recently, in which the affected person suffers from a series of delusions in which it is believed to be contaminated by infectious pathogens. These elements can be insects, parasites or a series of strange fibres that they claim to have under the skin.

These delusions may be reinforced by the fact that, in certain cases, a number of foreign fibres have been observed in the skin lesions that the person causes himself .

Self-harm is common in Morgellons patients, who show a constant obsession with scratching or even biting their skin in an attempt to relieve the tingling or itching sensations they report.

Morgellon’s syndrome has turned out to be a disease surrounded by controversy and discussion within the medical and scientific community. The reason is that part of this community distinguishes it as a new disease with its own symptoms, while others see it as a new type of manifestation of an already known disorder, dermatozoic parasitic delirium .

The mystery and controversy surrounding Morgellons syndrome is such that conspiracy theories have been established around it, describing it as a disease caused by the same governments or companies through the use of nanotechnology. This, according to them, would explain the appearance of the fibres under the skin and the constant tingling.

As Morgellons syndrome is not accepted as a definite disease at the moment, there is no record of its symptomatology, nor have the guidelines for an accepted differential diagnosis been developed.

According to the Morgellons Research Foundation (MRF), the list of symptoms can be found:

Symptoms associated with chronic fatigue syndrome, depression, or obsessive-compulsive disorder (OCD) have also been reported in a large number of patients with this rare disorder.

Possible causes of the syndrome

Given the great disagreement and the little research that exists around Morgellons Syndrome, a series of hypotheses and theories about its origin have been established. Some of them are based on possible skin diseases, while others are based on the effect that certain bacteria or toxins have on people.

As discussed above, a part of the scientific community, including dermatologists and psychiatrists, consider Morgellons syndrome a new version of the already known dermatozoic parasitic delirium, also known as infestation delirium. According to psychiatric diagnostic manuals, these disorders are included in the category “delusional disorders without specification” .

Similarly, the scientific community states that people suffering from Morgellons syndrome are characterized by symptoms very similar to those of dermatozoic parasitic delirium, hence most of them are diagnosed as such.

This parasitic delirium stands out for instilling in people who suffer it the delusional belief that they are infested by all kinds of bacteria or parasitic agents, which cause them that tingling and itching sensation under the skin .

Patients with this disorder may develop self-injury or self-mutilation behaviors , which they perform in order to “pull” or eliminate these parasites from their bodies . Due to this obsession, patients increasingly dig into their wounds, making it impossible for them to heal.

In certain cases of parasitic delirium, the cause of the delirium is found in certain allergies, skin carcinomas, herpes zoster, or even in some women in the menopause stage. In these cases the skin sensations are real, but the attribution given by the subjects is irrational.

Other hypotheses trying to find the cause of Morgellons point out that the basis of this alteration is found in certain skin alterations such as allergic dermatitis , contact dermatitis or scabies, also known as scabies.

As in the previous point, the person feels an actual itching of the skin, but maintains the delusional belief that it is not a skin disease but is infected by parasites.

In research published in 2006m in the American Journal of Clinical Dermatology, it was stated that Morgellons disease could be linked to an undefined infectious process . They also testified that in many of the patients affected by Morgellons syndrome the same bacteria causing Lyme disease had been found.

The following year, the same researchers claimed that the fibres found in the patients’ skin lesions contained cellulose, while a more detailed analysis of these fibres revealed the appearance of a bacterium known as Agrobacterium . This pathogen is typical of the plant world, and is known to originate a series of cellulose fibres in the plants it infects. If this theory is true, Morgellons syndrome would be the first case in which a bacterium from the plant world affects humans.

In most cases Morgellons syndrome shares the same treatment as for parasitic delirium, as many professionals consider it to be such.

After a medical examination to rule out organic causes, a series of typical antipsychotics is administered, such as olanzapine and risperidone.

Since many of the patients reject the diagnosis of a psychotic disorder, they oppose psychiatric treatment. Therefore, based on the theories of infectious agents and bacteria, many patients are treated with antibiotic or antiparasitic medication; which would act on the patients through a placebo effect.