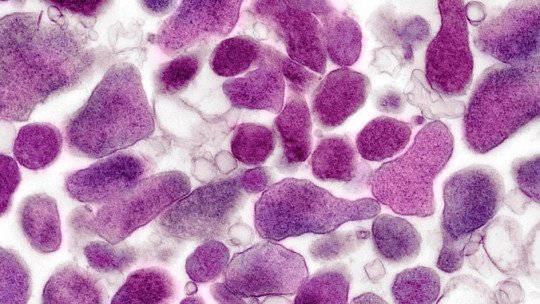 Talking about diseases or sexually transmitted infections is commonplace today, this type of disease being one of the most widespread epidemics and most challenging today at the medical level. When we talk about STDs we generally think of HIV/AIDS, gonorrhoea, syphilis, chlamydia or human papillomavirus (HPV) or other problems that can be transmitted through sexual contact such as hepatitis. But these are not the only sexually transmitted diseases that exist.

In fact, a new venereal disease or STD has recently come to light. Although it was discovered in 1980, it has been virtually unknown until now, and in addition to being starting to spread, it has the potential to become a superbug resistant to antibiotics. This is the genital mycoplasma , which we will discuss in this article.

A hitherto rare sexually transmitted disease is known as mycoplasma genitalium or genital mycoplasma and has recently come to the attention of the media as a result of a dramatic increase in its prevalence (currently estimated at 1-2% of the population) and is classified by WHO as an emerging pathogen in 2015. This does not imply that it is a new disease, as it was discovered in 1980.

It is a disease that can appear as asymptomatic for years, although in cases where symptoms occur it usually appears between one and three weeks after infection. The symptoms of this disease can vary between men and women , although generally both sexes share the presence of inflammations in the genitourinary tract that are painful to urinate or have sexual relations.

For women, apart from dysuria or pain on urination, there can be pain in the pelvis, during sex or even when walking, redness of the urethra and inflammation of the bladder, as well as odorous discharge and abnormal bleeding. In addition, and I feel this is especially important, this disease has the potential to cause loss of fertility in women, as well as premature births. Bleeding can also occur after intercourse or even ectopic pregnancies (which can be life-threatening).

In addition to this, in people with a depressed immune system (e.g. HIV-positive or HIV+ patients), the occurrence of lung, bone, skin or joint infections may have other repercussions.

Causes, population at risk and routes of transmission

In terms of the existence of populations at risk, this disease can appear in both sexes and is equally prevalent in heterosexual and homosexual couples . The population at risk is made up of all those who have a previous sexually transmitted disease, people with multiple sexual partners, people who carry out high-risk sexual practices without protection or sex workers.

A little-known disease, now a cause for concern

Although it was discovered in the United Kingdom in 1980, its low prevalence so far and its symptomatological confusion with other sexually transmitted diseases have made genital mycoplasma a little known and researched venereal disease , with very little information available until a few years ago and practically unknown by the population until 2015.

In fact, genital mycoplasma is often confused with chlamydia or sometimes gonorrhea, although these are different infections caused by different bacteria. This makes genital mycoplasma difficult to treat, as the therapeutic target would be different. Likewise, there are few specific tests that allow the diagnosis of this disease and most of them are very recent and are available in few hospitals and clinics. In general, an exudate of the patient’s secretions or urine is collected and analysed.

If genital mycoplasma has suddenly become a concern and is beginning to focus some of the scientific and social interest, it is for several reasons.

One of them is the seriousness and danger that this disease can have, causing sterility or even dangerous ectopic pregnancies that could cause the death of those who suffer from it. The other, which is increasingly worrying, is the fact that it has been observed that mycoplasma genitalium is capable of acquiring resistance to antibiotics, and can be transformed into a superbug that is very difficult to eliminate. In addition, in many cases there are no symptoms, or the comorbid presence or confusion with another STD such as chlamydia may lead to not seeking appropriate treatment.

The treatment of this problem is generally based on taking antibiotics as the most effective method , although the fact that this type of infection can become resistant to treatment can make it complex to resolve.

Most commonly, antibiotics in the macrolide or azithromycin family are used, which may be given as a single oral dose or as a daily treatment for five days to a week. After that, it will be necessary to perform some medical tests and analyses in order to check if the bacteria has been eliminated.

Another major method of preventing the emergence of this disease is prevention: the use of barrier methods and contraceptives , especially in the case of the condom, will in most cases prevent contagion.