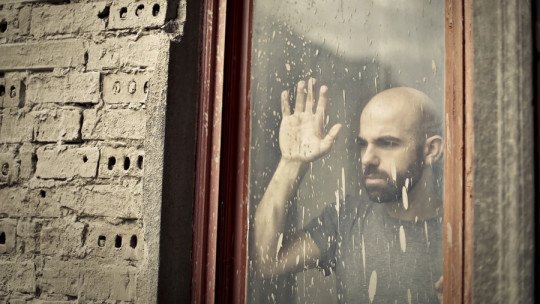 Human beings give more importance to what we see as negative over what we consider positive or neutral. This phenomenon has been called negativity bias , and it is a concept that we will see in more detail below.

What is negativity bias?

The negativity bias, or negativity effect, is the tendency to give greater importance to negative aspects of a certain event , person or situation. It is the fact of giving more relevance to negative stimuli over those that may be positive or neutral. This psychological phenomenon has also been called positiveness-negativity asymmetry and has a very significant impact on our daily life.

For example, it is this phenomenon that allows us to understand why people, when we meet someone new and learn a negative trait about them, seem to focus exclusively on bad characteristics of them. This would generate a negative first impression, which could hardly be modified in the long run.

It also explains why people tend to remember more those experiences in which some kind of traumatic event has occurred or which we have not liked , over and above those that have been pleasant for us. We are more aware of insults than praise, we react more strongly to negative stimuli than to positive ones, and we tend to think more often of the bad things than of the good things that have happened to us.

Elements that make up the phenomenon

When trying to explain the negativity bias, the researchers Paul Rozin and Edward Royzman proposed the existence of four elements that compose it , which allow us to understand in more detail and depth how this asymmetry between positive and negative occurs.

Both Rozin and Royzman argue that this difference in the salience of positive and negative stimuli is only comparable, empirically, through situations involving the same degree of intensity . If a positive stimulus has an emotional implication that is much greater than another stimulus, in this case a negative one, it is to be expected that in this situation the positive stimulus will be better remembered.

Negative domain refers to the tendency that the combination of both positive and negative aspects results in something more negative than it should be in theory.

In other words, the whole is much more negative than the sum of its parts, even if between these parts there is something that is positive.

Negative differentiation refers to how people conceptualize the idea of negativity in a much more complex way than the idea of positivity .

This idea is not surprising if we try to make the effort to count how many words are part of our vocabulary and are related to negative aspects. We would get a bigger list than if we focused on the positive words.

According to neuroscientist Rick Hanson, negativity bias is evolutionary in nature. According to him, this phenomenon is a consequence of evolution, given that the first human ancestors learned to make intelligent decisions based on the risk involved in carrying them out. Those human beings who best remembered negative events and avoided them had a longer life expectancy than those who took more risks.

This pattern of behavior is the one that survived, being passed on from generation to generation, and this bias is now common to the entire human species, given its great adaptive involvement in the past.

The human brain was shaped to give greater importance to negative aspects, to pay more attention to them and to take into account potentially dangerous events for the physical, emotional and psychological integrity of the individual.

Studies carried out by the American psychologist John Cacioppo showed that the neuronal processing of negativity bias implies greater activation at the brain level compared to the observation of positive phenomena.

This would be the biological explanation that would support why we humans focus more on the negative rather than the positive, going hand in hand with the evolutionary explanation of the previous point.

As seen in the research

We will now look in detail at some of the observed aspects of negativity bias and its relationship to social and cognitive processes.

As we have already seen, the negativity bias has a significant influence in forming the first impressions of a person we have just met, something that has considerable social implications.

In accordance with the above, negative information about a person has a greater weight when it comes to drawing up a general scheme for that person , i.e. an impression, than positive information that has been made known to us about that person.

Even if positive and neutral aspects are known, the negatives end up prevailing, influencing the formation of the impression, something that is perfectly understandable if one of the elements of this bias is taken into account: the negative domain.

Another explanation given to explain why negativity bias occurs in social contexts is the idea that people believe that negative data about someone help us to establish a reliable diagnosis about their personality .

Negative information is something more reliable than positive data, which may have been exaggerated or seen as a result of chance.

This often explains the voting intention. Many voters tend to focus on the bad things a candidate has done and avoid voting for him or her rather than on the information about the desired candidate that is positive.

Negative information seems to imply a greater movement of resources at a cognitive level than positive information , in addition to greater activity at a cortical level when more attention is paid to the bad than to the good.

Bad news, someone’s negative traits, traumatic events… all these aspects act as a kind of magnet on our attention.

People tend to think more about those terms that turn out to be negative rather than positive, the wide vocabulary of negative concepts being an example of this.

Learning and memory are direct consequences of attention . The greater the attention focused on a certain event or phenomenon, the more likely it is that it will be learned and kept in memory.

An example of this, although controversial, is the way in which punishment exerts a greater weight on memory than it rewards.

Although this should not motivate parents to punish their children more frequently for anything, it is interesting to see how the processing of negative events, in this case punishment, seems to have a significant impact on the children’s education.

Studies on negativity bias have also focused on how it influences the ability to make decisions, especially in situations where risk is avoided or loss is feared.

When a situation arises in which the person can either gain something or lose it, the potential costs, something negative, seem to be more important than the possible gains .

This consideration of potential losses and avoidance goes hand in hand with the concept of negative power proposed by Rozin and Royzman.