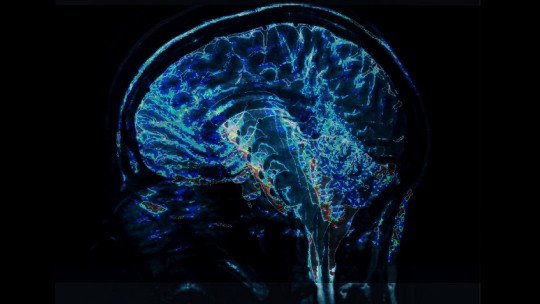 When I had finished teaching my class in the Faculty of Psychology, some students approached me to ask me about a type of therapy that I had mentioned in my presentation: the Neuroscientific Therapies .

I told them that it is a form of therapy that takes advantage of the latest research in neurosciences. I then added that they are therapeutic options that help to overcome phobias, anxiety disorders, post-traumatic stress disorders and states of sadness, among others, in a fast, deep, effective and permanent way in time.

Their faces mixed with surprise and disbelief said it all:

“And why haven’t we heard of them?”

To this question I answered that are therapies that are right now in expansion and that are becoming more and more known . Neuroscience Therapies began in the 1980s with “EMDR” ( Desensitization and Reprocessing by Eye Movement ) and it has been recently, in the first decade of the 21st century, that they have become popular.

From that point on, the students’ questions came one after the other.

How do you work in Neuroscience Therapies?

In EMDR, for example, you work by emulating the rapid movements of the eyes . Every night when we sleep we enter a phase of deep sleep (the REM phase) in which we move our eyes at great speed while we dream. This mechanism is completely natural and is a way for the brain to reprocess, or reduce and even eliminate the stress experienced throughout the day or at other times in our lives. Hence one of the benefits of being able to sleep properly.

Based on this knowledge, the EMDR therapist applies a series of sets or horizontal movements with the fingers, while the patient follows them with his eyes. When thinking about a disturbing or stressful event while moving the eyes at high speed, the amygdala is activated in a way that produces a reduction of stress , which can cause the negative emotion to be transformed into a positive one, such as tranquillity or acceptance.

But is all this scientific?

This question, asked by one of the students, led me to explain that, for example, EMDR is one of the most widespread and studied neuroscience therapies in the world . It is also true that it is one of the first to appear. In our country there are hospitals that have integrated it into their action protocols. For example, at the Hospital Clínic in Barcelona, in the sexual assault unit, it is the most widely used therapy to help people overcome their traumas and all the stress they have suffered.

As I told them more about these therapies, their faces began to indicate greater understanding and receptivity.

Are there more Neuroscience Therapies?

Yes. There are currently four main therapies, and new ones are being created all the time. For example, there is Wingwave Coaching , which is a therapy that allows you to go to the origin of the trauma or disturbance. With a kinesiological test , called O-Ring Test , we can discover the beginning of the problem. The majority of blockages, traumas, phobias and limiting beliefs are found in the stage of imprinting , from birth to 6 or 7 years old. When we work on the root of the problem we are releasing a great deal of tension and allowing us to unblock a lot of negative emotional charge.

Also included in Neuroscience Therapies is the so-called Brainspotting , which allows the detection of Brainspots or eye access points to the experience . When someone has suffered a trauma and begins to relate it, their eyes are placed at a point in space. This position of the gaze is not random, but rather it is a window to access the memory. From the Brainspots, the person can reconnect with that experience but feeling like a spectator , which allows him/her to be calm while thinking about the event. This makes it easier for the situation to lose intensity and even to incorporate positive resources into the event.

The TIC (Brain Integration Therapies), are based on the idea that each of our hemispheres processes information in a different way. The right hemisphere is more emotional and the left hemisphere is more rational. When we live through a traumatic situation, such as the sudden death of a family member, and we suffer a complicated or pathological grief, it may be that one of our hemispheres is overwhelmed . By means of bilateral stimulation, covering one eye and the other alternately, we facilitate the connection of the two hemispheres. When this happens the levels of tension and anxiety are reduced and we are able to think about that event with peace and serenity.

So you can make someone not afraid of anything?

It would be possible to help a person to overcome his phobias and blockages, but we must not lose sight of the fact that not being afraid of anything is not very adaptive .

My professional ethics would prevent me from reprocessing the fear of doing something that would put your life at risk. What these therapies do allow is to help people who, for example, have had a phobia for a long time, such as getting into a car, a plane or an elevator, to do what they fear within 1 to 4 sessions. In these cases it can be adaptive to eliminate the focus of fear, since the person really needs to perform such actions in order to lead a normal life.

And the changes are permanent?

Totally. T he changes are maintained over time because we work from the origin and through each of the feeding memories (other traumatic events that have added negative emotions), in such a way that the person has reprocessed or transformed all the negative emotions into positive ones.

At this point, the students told me that they had not been taught these therapies in college, but that they were eager to learn more about them.

In the end, knowledge advances just as society does, and neurosciences are increasingly present in all areas of our lives. It is not magic, it is science .