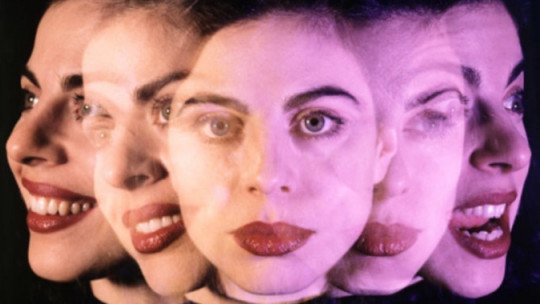 neurosis or neuroticism is a psychological tendency to maintain certain difficulties in emotional control and management.

People who suffer from high levels of neuroticism usually present low moods, close to depression or dysthymia, and show negative feelings such as envy, anger, anxiety, guilt… Neurotic people present this symptomatology much more frequently and severely than people who do not suffer from this condition.

Neurosis is a concept that encompasses a series of psychological disorders related to problems in reacting to reality in an emotionally coherent manner . For example, in people with a tendency to neuroticism there may be cases of an excessively intense reaction to criticism from others, even if it is made in a joking manner or in a very indirect way.

In any case, unlike what happens in psychosis, in neurosis reality (or at least what happens objectively in it without going into an analysis of intentions, desires or plans that those around us have) is technically perceived correctly.

Neurotic people: how to identify them

There are some signs and several symptoms with which we can identify a person with a propensity for neurosis . Neurotic people are especially vulnerable to changes in the environment, suffer more stress and are less able to cope with it.

On the other hand, neuroticism refers to emotional management problems in virtually all areas of a person’s life, not just a few. Neurosis is the concept that is studied through scales and assessments of neuroticism.

People with neuroses are often more fearful of situations that others tolerate and manage effectively. They tend to perceive reality more negatively than it really is, and they easily despair of small frustrations that are not important in the eyes of others.

Neurotic personality and its comorbidity

Individuals with neuroses also tend to present other relevant characteristics, such as anxiety, a greater presence of depressive conditions or a tendency to shyness. People who are prone to neurosis also tend to have phobias and panic disorders.

Neurosis is a psychological disorder that makes people suffer, but it is a relatively manageable condition, since there are no serious conditions that are usually associated with psychosis, such as delusions and hallucinations.

In neurosis, the individual remains in contact with reality; there is no depersonalization . Patients who score high on the neuroticism scale are emotionally unstable and are less able to manage their discomfort and stress than those who score low on neuroticism.

People without neuroses tend to be relaxed, better able to cope with high levels of stress and more willing to face the challenges of everyday life.

The most common symptoms and signs among neurotic people are the following:

Neuroticism and difficulties in relating and communicating

In addition to the symptoms and characteristics already described, neurotic persons usually have problems in their workplace, as well as in all areas where there is coexistence with other persons , to the point that, in severe cases, they may act as psychological abusers.

In addition, they often have in common a poorer ability to make good decisions. All of these symptoms, if left untreated and embedded in the neurotic’s personal life, can lead to severe depression and isolation.

Neuroticism and its resemblance to Obsessive-Compulsive Disorder

Another style of coping with neurosis is that of some people who develop, little by little, recurrent thoughts and concerns about catastrophic events that might happen , even when there is no rational element to justify them. In other words, it is very easy for their attention to be focused on unrealistic concerns, without much empirical foundation or that are simply based on something that objectively has a power to affect their quality of life in a very limited way.

In the face of these negative thoughts, some neurotic individuals may try to counteract the chances of the catastrophe actually occurring by employing certain mental rituals or repeated behaviors that may be confused with those of people with obsessive-compulsive disorder.

The set of symptoms and characteristics of individuals suffering from some degree of neurosis can cause people in their environment to withdraw from them, as they are seen as odd and eccentric. This can lead to a certain amount of reclusion and social isolation .

In other cases, anxiety and stress may increase over time, making daily life very difficult for these patients, who live in permanent tension. Usually, they are people who are easily hurt; they live in a state of constant anxiety and with the feeling that something bad can happen to them from one moment to the next.

There are other problems that neurotic people very often refer to. One of them is the difficulty to fall asleep, which makes them feel tired during the day.

Other patients also allude to somatization and similar problems: strange heart sensations, excessive sweating, choking sensation or fear of dying at any moment… These are symptoms that coincide with the classic anxiety disorder.

Within what we know as neurosis, a series of symptoms and affectations that negatively influence the quality of life of the person who suffers them are included.

Of course, there is psychological treatment to minimize the effect of neurosis on the mental health of the person suffering from it . Psychotherapy helps to restore emotional balance and reduce the incidence of many of the symptoms described above, although by itself it usually does not make the symptoms disappear for life. Seeing a specialist in these cases can help the neurotic person improve in many ways, in addition to a personalized diagnosis and treatment.

On the other hand, the emotional alterations typical of what has been classically known as neurosis can be so pronounced that it is necessary to combine psychological intervention with pharmacological treatments. This is especially relevant in cases where mood-related symptoms appear alongside others that are psychotic in nature.

In any case, drug-based treatment of neurosis only serves to mitigate some symptoms temporarily, and does not allow progress towards improvement. This, together with the fact that psychotropic drugs always have side effects, makes it advisable to use drugs of this type only when necessary.