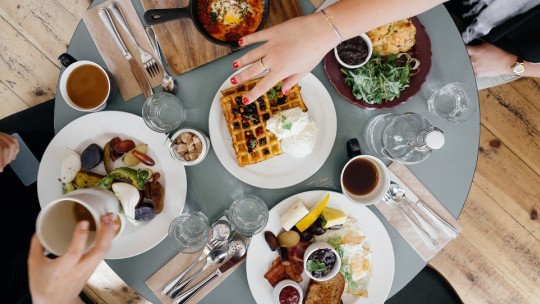 Food-related obsessions are not only a feature of the presence of eating disordered habits, but can also have a very negative impact on health even when a mental disorder has not developed.

Therefore, detecting the warning signs of food obsession is very important to prevent the entrenchment of harmful habits both physically and socially.

Why is it so easy to get hooked on food?

Starting to develop an obsession with food is easier than you might first expect, especially for three reasons.

The first is that, in Western societies, foodstuffs are very easily accessible, unlike legalised addictive substances such as alcohol or tobacco. Even in poor families, malnutrition problems are often caused by a lack of ability to eat a healthy diet, not by a lack of groceries.

The second is that food offers a good excuse to stop doing something and “switch off” briefly by taking a trip to the kitchen. If only to stretch your legs after a long time in front of a computer screen or television, snacking between meals is a way to escape without having to depend on others.

The third and last reason has to do with the chemical composition of many of the ingredients with which a large part of food products are made. The abuse of refined sugar, for example, is extremely widespread, and its function is none other than to “hook” the consumer by offering him/her an instant reward for having tried the product.

The signs that reveal an obsession with food

In general, the warning signs of food obsession are as follows.

Throwing away any pretense of following a fixed schedule about meals is one of the signs of food obsession, although not in all cases, as it can also indicate lack of time due to the amount of work you have.

However, when this pattern is associated with an obsession with food, the disorganization is very evident and can lead to eating at virtually any time of the day or night; virtually any time you are awake is a good time to go to the kitchen.

2. Meeting friends as an excuse to eat

People who are obsessed with food don’t tend to plan when they eat, but when they do to attend restaurants, they need an alibi. That is why with they often propose meetings with friends to go to restaurants for dinner , more times than usual and than others consider acceptable.

3. The food supply is closely monitored

People with an obsession for food keep an eye on the amount of food they have available . In addition, they make sure that there is a portion of food that should not be cooked, and that therefore can be consumed instantly.

The obsession with food leads to eating a lot, but the person experiencing it makes up “rules” that allow him/her to believe that he/she has eaten less food than he/she has actually eaten.

For example, you may begin to believe that snacking doesn’t count as eating, or that smoothies aren’t food and that drinking one is like drinking water.

5. Anxiety results in trips to the refrigerator

Whenever you experience a stressful situation, it leads you to go immediately to eat something, practically without delay. Food is used as an escape tool to forget past problems and the discomfort they cause.

Other signs of food obsession are thinking about it for a long time, simply to experience a sensation similar to what you would notice when eating it. Following blogs and social network profiles that show pictures of food (not as much as the recipes themselves) is also common, although by itself it doesn’t indicate any kind of problem if it’s not accompanied by other warning signs.

7. Less and less time is spent on cooking

People who are obsessed with food try not to expose themselves to situations where they have real foodstuffs nearby that they can’t taste immediately , and instead they can eat or snack between meals whenever they want. This means that they spend less and less time in the kitchen and more time buying ready-made food or going to restaurants directly.