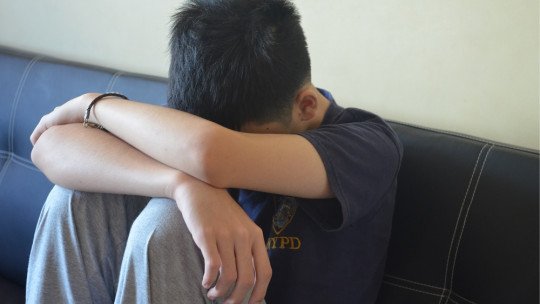 Everyone has ever had some obsessive thought, some thought, fear or doubt that we cannot get out of our minds even if we want to. Most people have also had thoughts at times that are not embarrassing or unpleasant, such as wishing someone else would not get what we want for us or the temptation to yell at the unconscious person on the phone in the movie theater. Most people don’t think much of them.

However, for those affected by an Obsessive-Compulsive Disorder these ideas generate a great anxiety about their possible implications and their possible consequences, so that they try to perform different ritual actions to control their thoughts and take control again.

Most people with OCD believe and acknowledge that deep down such thoughts and fears have no basis in fact to worry about and have no real effect on the world. Others don’t. Among the latter are cases in which obsessive ideas become delusions and may even lead to hallucinations. Although this is very unusual, there are cases of Obsessive-Compulsive Disorder with psychotic episodes . We will talk about this in this article.

Obsessive-Compulsive Disorder or OCD is a condition characterized by the continuous presence over time of obsessions, mental contents or ideas that appear intrusively in the subject’s mind without him/her being able to control them but which are recognized as their own and which in most cases are generators of a high level of anxiety. Frequently, a set of acts or rituals called compulsions appear together with these ideas, which are carried out with the aim of reducing the anxiety generated by the ideas or to avoid the possibility that the obsessive thoughts occur or have consequences in real life.

This is one of the mental disorders that generates most suffering to those who suffer it, since in most cases the subject is aware that he cannot control the appearance of his thoughts and that the acts he performs as a ritual do not have a real effect beyond a temporary and brief tranquillization, which in fact reinforces the future appearance of new thoughts. In fact, a vicious circle is established between obsession and compulsion that increasingly aggravates the anxiety that the subject suffers, feeding back the symptoms of the disorder.

The feeling is one of lack of control over their own thinking, or even of being locked into a dynamic from which they cannot escape. A large part of the problem is in fact the excessive attempt to control thought and actively avoid the appearance of the thought that generates anxiety, which indirectly reinforces its appearance. Thus, we are faced with a disorder of an egodistonic nature.

It is common for there to be a certain level of magical thinking and thought-action fusion, unconsciously considering that it is possible that one’s own thoughts may have an effect in real life despite recognizing at a conscious level that this is not so.

This disorder has serious repercussions on the daily lives of those who suffer from it, since the repeated presence of obsessions and compulsions can require them to work long hours and limit their personal, working and academic lives. Personal relationships may deteriorate , and the subject may tend to isolate him/herself to avoid social rejection, and his/her work and academic performance may be greatly diminished by dedicating a large part of his/her attention and cognitive resources to the avoidance of the obsession.

In general, the subject with Obsessive-Compulsive Disorder is aware and recognizes that his obsessive thoughts and compulsions are not based on a real basis, and may even consider them to be stupid without being able to control them. This fact generates an even higher level of discomfort and suffering.

However, there are cases in which obsessive ideas are considered true and in which the subject is completely convinced of their veracity, not putting them in doubt and turning them into explanations of reality. In these cases, the ideas can be considered delirious , and the OCD acquires psychotic characteristics .

In these cases, considered and also called atypical obsessions or schizo-obsessions, it is observed that the necessary insight to detect that their behaviors do not have a real effect on what they intend to avoid is not present. Also in these cases the compulsions may not be experienced as something annoying or egodistonic but simply as something to do, without them seeming intrusive or forced. Another option is that the continued suffering of an obsessive idea ends up reactively triggering hallucinations or delusions as a way of trying to explain the functioning of the world or the situation experienced.

The comorbid presence of obsessive and psychotic symptoms is not particularly common, although in recent years there seems to be some increase in this joint pattern. Studies show that there are three main possibilities:

This is the most prototypical case of obsessive-compulsive disorder with psychotic episodes. In this clinical presentation, people suffering from OCD may present transitory psychotic episodes derived from the transformation and elaboration of their ideas, in a comprehensible way depending on the persistence of the obsessive ideation. These are episodes that will be produced in a reactive manner to the mental wear and tear generated by anxiety .

2. OCD with lack of insight

Another possibility of an obsessive disorder with psychotic symptoms is derived from, as we have said before, the absence of capacity to perceive the non correspondence of the obsession with reality . These subjects would no longer see their ideas as anomalous and would consider that their ideas do not contain an overestimation of their influence and responsibility. Generally, they tend to present a family history of severe psychopathology, and it is not strange that they only manifest anxiety before the consequences of not carrying out compulsions and not before the obsession itself.

A third possible comorbid presentation of psychotic and obsessive symptoms occurs in a context where obsessive-compulsive disorder does not really exist. This would be those patients with schizophrenia who during the suffering or already before the presence of psychotic symptoms present obsessive characteristics, with repetitive ideas that they cannot control and a certain compulsion in their performance. It is also possible that some obsessive symptoms appear induced by the consumption of antipsychotics.

What causes this disorder?

The causes of any type of Obsessive-Compulsive Disorder, both those that have psychotic characteristics and those that do not, are largely unknown. However, there are different hypotheses about this, considering that OCD is not due to a single cause but has a multifactorial origin.

On a medical and neurological level , neuroimaging has shown the presence of a hyperactivation of the frontal lobe and the limbic system, as well as an affectation of the serotonergic (which is why pharmacological treatment is usually based on antidepressants in those patients who need them) and dopaminergic systems. The involvement of basal ganglia in this disorder has also been observed. Regarding those modalities of Obsessive-Compulsive Disorder with psychotic episodes, it has been observed that neuroimaging levels tend to have a smaller left hippocampus.

On a psychosocial level, OCD is more common in people with a sensitive nature who have been educated or overly rigid or very permissive, which has created a need for them to be in control of their own thoughts and behavior. They tend to be hyper-responsible for what happens around them and to have a high level of doubt and/or guilt. It is also not uncommon for them to suffer from bullying or some kind of abuse that has led them to need, initially in an adaptive way for them, to control their thoughts. The association with psychotic symptoms may also be due to the suffering of traumas or experiences that have generated a break with reality , together with a predisposition to this type of symptomatology.

An existing hypothesis regarding the functioning of OCD is Mowrer’s bifactorial theory , which proposes that the cycle of obsessions and compulsions is maintained by a double conditioning. In the first place, a classic conditioning is produced in which thought is associated with the anxious response that in turn generates the need to flee from it, to later maintain the avoidance or escape behavior through compulsion by means of operative conditioning. Thus, compulsion is associated with the reduction of immediate discomfort, but it does not have an effect on the real aversive stimulus (the content of the thought). This does not prevent but in fact facilitates the emergence of future obsessive thoughts.