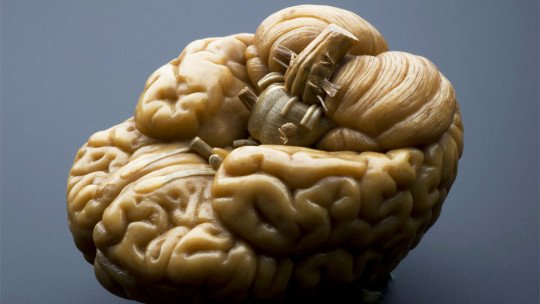 Personality, which has to do with our attitudes and propensities to act through certain styles of behavior, has always been one of the most interesting areas of research in psychology.

However, this branch of behavioral science is as fascinating as it is complicated. Not only is it difficult to create categories that can explain personality and temperament well, but one must also work hard to measure these characteristics reliably. This is why the different personality tests have been subjected to so many revisions .

However, it has recently been discovered that there is another factor that could help us understand the logics behind our personality: the structure of our brain and its different parts. And no, this has nothing to do with phrenology.

This research, the results of which have been published in the journal Social Cognitive and Affective Neuroscience , shows evidence that the shape of our brain and the structures within it can provide clues about which personality traits define us.

This means that it is not just that the chemical and electrical activity that occurs within our head shapes our way of being (something that is taken for granted unless we fall into dualism); it is that the way our brain expresses itself through personality is even noticeable in its structure, something that can be objectively observed and that allows comparison between people.

This research reveals the neurobiological underpinnings of the Big Five model of personality. This model, well known in psychology and neuroscience, divides our personality into 5 factors that can be measured as quantities:

That is, by observing the shape of certain structures in the brain, it is possible to predict with a significant degree of validity what scores are obtained in each of these personality dimensions. This is very good news, since it allows us to have more indicators when it comes to understanding why we are the way we are, instead of depending mainly on personality tests, which depend in part on the honesty of the people who fill them in.

The researchers who have published the scientific article set out to study the correlations between the scores obtained in a test based on the Big Five model and certain data related to the shape of parts of the brain belonging to the cortex of the brain, i.e. the superficial part full of folds.

In particular, the thickness, the area occupied by certain zones and the degree to which these zones have folds were taken into account. To do this, we had the collaboration of more than 500 volunteers and the help of neuroimaging techniques.

What does the shape of the brain tell us about our personality?

The researchers observed that people whose cerebral cortex was thicker and showed less folding in areas of the frontal and temporal lobes tended to have significantly lower scores on emotional stability ; that is, they were more prone to neuroticism.

The opposite happened with the trait of openness to experience , a personality trait related to curiosity and taste for novelty: it appeared to a greater extent in people with a brain whose cortex was less thick and with a greater area of folding.

In addition, kindness was positively correlated with less fusiform rotation , an area of the temporal lobes involved in object and face recognition.

Similarly, the nicer people had a thinner prefrontal cortex. The prefrontal area is the part of the brain that is closest to our forehead and has to do with decision making, planning and impulse control, as it acts to limit the power of the limbic system, which is the area of the brain that produces emotions.

Extraversion, on the other hand, was shown to be greater in people with a greater thickness on the front of the inner side of the occipital lobes (an area called a “wedge”). The occipital lobes of each brain hemisphere are related to the processing of basic visual information.

Finally, the dimension of the Big Five model called responsibility was greater in people with a thicker prefrontal, less folded and occupying less area.