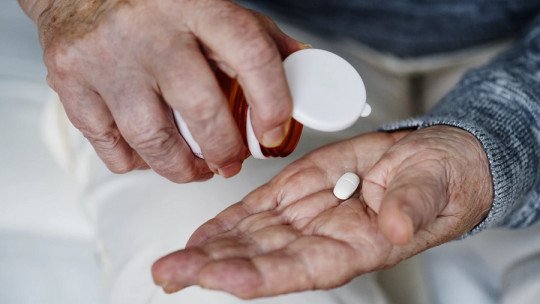 Overdiagnosis in mental health is the tendency to widely and disproportionately diagnose one or more clinical categories in psychiatry. It is a practice that has recently been questioned within the guild of specialists due to recent increases in various psychiatric diagnoses .

However, this is a trend that occurs not only in the field of mental health, but in other specialties due to some elements that characterize contemporary medical practice.

Specifically, overdiagnosis in mental health can have different impacts at an individual, economic and social level , issues that we will see developed below

Overdiagnosis in mental health has been reviewed especially in Adult Mood Disorders, Attention Deficit Hyperactivity Disorder (ADHD) in childhood, and Autism Spectrum Disorder at the same stage of development. The above, after their numbers increased alarmingly and disproportionately in the last decade, especially in the United States, Canada and some European countries (Peñas, JJ. and Domínguez, J., 2012).

In turn, depression is more diagnosed in women than in men . In this case, Leon-Sanromà, Fernández, Gau and Gomà (2015) question the tendency to show overdiagnosis in specialized journals. For example, a study carried out in the south of Catalonia and published in the journal Atención Primaria, warned of a prevalence of 46.7% of depression in the general population (53% in women and 40% in men), which meant that almost half of the total population in this area was in depression.

In contrast, according to the same authors, other studies conducted with the consulting population show a prevalence of only 14.7% for major depression, and 4.6% for dysthymia, for a total of 19.3%. This figure is still alarming; however, it takes us away from considering that almost half of the population lives with this diagnosis.

Following different authors, we will see below some of the practices that lead to overdiagnosis and which are its main risks in physiological, psychological, social and economic terms .

Why does overdiagnosis occur?

Overdiagnosis is a consequence of methodological problems present in the study and/or definition of mental disorders, in their detection, and in research on their prevalence. In other words, the study and promotion of diseases is often mediated by their definition processes, as well as by the strategic use of detection tools and statistics (García Dauder and Pérez Saldaño, 2017; Leon-Sanromà, et al. 2015).

Specifically in the field of mental health, the validity of the category “disorder”, its non-specificity and its differentiation from the term “disease”, as well as the criteria defining what is “healthy” , and what is not, have been widely debated. The same has occurred when discussing how mental disorders are diagnosed.

For example, some cases of depression have been confirmed after using imprecise techniques such as the application of a test which is erroneously attributed to the quality of offering definitive diagnoses (tests are detection and differentiation tools, they are not in themselves diagnostic techniques) (Leon-Sanromà, et al. 2015).

On the other hand, when evaluating the proportion of individuals who have depression, techniques have also been used that are not very precise, such as telephone surveys or structured interviews that easily overestimate their prevalence (Ezquiaga, García, Díaz de Neira y García, 2011). In addition, the scientific literature tends to pay more attention to underdiagnosis than overdiagnosis .

In line with the above, the methodological problem related to the definition of mental disorders becomes visible in the ease with which they are generalized. An example of this is the tendency to consider any state of mind that has fallen is pathological, when this is not always the case (Leon-Sanromà, et al. 2015). Such a state may be an adaptive and normal response to a painful event, and not necessarily a disproportionate and pathological response.

In the same sense, another of the methodological problems related to overdiagnosis in mental health has to do with the tendency to exaggerate or minimize the differences between groups according to different variables such as sex, gender, social class, among others. Frequently this tendency is implicit in the designs, hypotheses, data collection and analysis in research , generating a set of biases on the development and prevalence of different diseases (García Dauder and Pérez Sedeño, 2017).

5 ways to know what is happening in this practice

There are several factors that can alert you that a disease is being overdiagnosed. These factors also make visible some processes that contribute to this tendency. To explain this we will follow the work of Glasziou and Richards (2013); Leon-Sanromà, et al. (2015); and Martínez, Galán, Sánchez and González de Dios (2014).

1. There are more intervention techniques, but they do not reduce the diseases

A possible overdiagnosis of a disease can be alerted when a major contradiction between intervention and disease prevalence becomes apparent: there is an increase in the number of disease intervention techniques (e.g. increased drug production and higher medicalization rates). However, this increase does not translate into a decrease in the prevalence of the disorder .

Conversely, it may be that there is no significant and constant innovation in intervention techniques; however, the diagnostic threshold does not decrease, or even increase, either. In other words, changes in diagnostic criteria cause the number of people affected to rise. This is a common case in mental disorders , but can also be seen in other medical classifications such as osteoporosis, obesity or high blood pressure.

Similarly, stigmatized biases in mental health, present in both the health workforce and the non-specialist population, can contribute to a diagnosis becoming widespread (Tara, Bethany and Nosek, 2008).

3. Even risk factors are considered a disease

Another indicator is when risk factors, or substances that indicate biological processes or states (biomarkers) are presented as diseases. Related to this, the definitions of diseases are modified under unclear distinctions between them; this generates little evidence about the benefits of such modifications against the negative effects they can cause. The latter is partly a consequence of the lack of diagnostic precision surrounding some diseases .

In turn, and as we have already said, this inaccuracy is a consequence of the methodology used in the study and the definition of the same. That is, it has to do with how it is determined what is and what is not a disease, what elements are used to explain it and what elements are excluded.

4. Clinical variability is not considered

The diagnostic spectrum of mental disorders is not only very broad, but its definition and criteria are based primarily on agreements between specialists , beyond objective tests.

5. The role of the specialists

According to Martínez, Galán, Sánchez and González de Dios (2014), something that contributes to overdiagnosis is the part of medical practice whose interest is merely scientific and follows the inertia of seeking diagnoses under the rigidity of the organicist model .

In the same sense, the position of the professional during consultations plays a relevant role (ibidem). This is so because a health profile occupied by emotional containment does not generate the same effect as the health profile when it goes through the re-production of demand. In the first case, pseudo-urgency is not favoured and therefore is not transmitted to the user. In the second case , a trivialization of medical practice can easily be generated .

Finally, in view of the growing participation of the pharmaceutical industry in mental health, conflicts of interest have increased considerably for some professionals, health and research centres and public administrations, which sometimes promote or support medicalisation through overdiagnosis.

Several of its consequences

Overdiagnosis in mental health is a phenomenon that manifests itself in the short and long term, since it has consequences not only at the individual level but also at the economic and social levels. In their analysis of the overdiagnosis of depression, Adán-Manes and Ayuso-Mateos (2010), establish three main impacts:

It refers to the increased risk of iatrogeny, while excessive medical care and overmedicalization may lead to a chronification of the discomfort . Similarly, the overdiagnosis of certain disorders can go hand in hand with the underdiagnosis of others, and their consequent lack of attention.

It translates into greater stigmatization, with the possible reduction of user autonomy, and a de-responsibility of the social factors involved in the discomfort. It also refers to the generalization of psychopathology as a more immediate response to everyday issues , even outside the specialized field.

The first is the high cost of mental health care, especially in primary care services but also in specialized services, which implies an expenditure on infrastructure as well as on human resources and drug treatments . And the second impact is the progressive decrease in the productivity of people with diagnoses.

Taking these elements and consequences into consideration does not mean denying the discomfort and suffering, nor does it mean that it is necessary to stop investing efforts in timely and respectful detection and intervention. It means that it is necessary to remain alert to the possible negative effects of extrapolating biomedical practices towards understanding and bringing all aspects of human life closer together.

It also warns us of the need to constantly review the criteria and methodology that defines and intervenes in mental health.