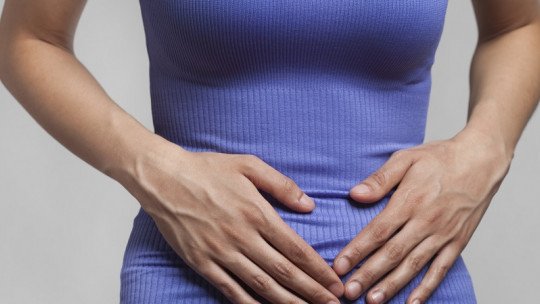 Health can be affected by a large number of variables that can range from enhancing and promoting our well-being to generating discomfort that indicates the presence of some alteration of greater or lesser severity.

An example of this is the appearance of pain or discomfort at the gastrointestinal level. Although most of it has been due to some kind of temporary digestive problem, the truth is that sometimes it may be indicating something more serious.

Also, sometimes this discomfort or pain may not be in a specific part and not in a general level, such as on one side. Why can pain appear on the left side of the stomach? Let’s look at some variables we have to take into account and some possible reasons for their appearance.

Abdominal pain on one side

Stomach pain is a relatively common phenomenon and is usually due to discomfort caused by poor digestion or the presence of gas . This does not imply that this type of pain may sometimes be indicating some type of injury, inflammation or disease of greater significance and even dangerous, especially when it has unusual characteristics.

When the pain is localized, such as when we have pain in the left side of the stomach, this usually implies that the reason for the discomfort is in one of the organs present in the same region or we are facing an irradiation of some different problem. In the event that this type of pain occurs, it may be advisable to take into account some variables .

First and foremost, and focusing on the pain, we must assess the type of pain we are feeling, whether it is sharp or sore (as if we were being burned). Also another factor of great relevance is its exact location and its level of intensity.

It is also advisable to take into account how long it is present if it is continuous, comes and goes, or occurs punctually in a situation . In this sense, the fact that it is present continuously or very frequently may indicate that there is some kind of problem. If there is no improvement after two days, it is recommended to see a doctor.

When this pain appears is also relevant; one must take into account whether it has occurred after a major contusion, when eating or after it, or if it appears suddenly without any kind of antecedent . For example, its sudden onset is usually unusual and makes it advisable to consult a doctor.

Finally, it should be taken into account that if we are facing some kind of disease , it is common for the pain to be accompanied by other symptoms (although sometimes they are not perceived by the person). Some symptoms that may appear together with the pain on the left side of the stomach and that make one suspect a possible serious illness are the presence of a very high fever, bleeding in vomit or faeces, excessive diarrhoea, rapid loss of weight and/or energy, paleness or jaundice, inability to defecate or fainting.

Possible causes of pain in the left side of the stomach

There are many possible causes of pain in the left side of the stomach, which can range from mild discomfort from poor digestion to more serious conditions that generate intense and recurrent pain. Some examples are the following.

The presence of gas accumulation at the gastrointestinal level is one of the most common causes of stomach and abdominal pain, both at a generalized level and on a specific side (on the left it is common for the accumulation to be from or in the stomach or colon). It is common for the pain to be punctual and for there to be swelling and frequent flatulence or belching , reducing the discomfort after expulsion.

A common cause of pain in the left side of the stomach is gastritis, in which the stomach suffers from inflammation that can cause stabbing pain, bleeding, burning, vomiting and gas . It can have multiple causes, including some diseases. Some gastritis, especially those of the hemorrhagic type, can be fatal.

Another possible cause for pain in the left abdomen is the presence of an irritable colon or some alteration in the colon. Specifically, the pain will appear on the left side when the alteration affects the descending colon , and is usually punctured and relieved after the evacuation of the stool. Constipation, diarrhoea, or both, usually also appear.

Diverticulitis is an inflammation of the diverticula, small sac-like structures that line much of the digestive tract but are especially present in the colon.

The pain caused is usually intense, continuous and does not get better over time. It usually appears in conjunction with high fevers, dizziness, weight loss and diarrhea or constipation . It can generate different serious or even life-threatening complications, such as perforations and even peritonitis.

5. Splenomegaly and other spleen problems

Another organ on the left side of the body that can cause great pain on that side is the spleen. This organ acts as a reservoir and control system for the amount of blood, in addition to participating in the immune and lymphatic systems, and can be injured or affected by various diseases.

One of them is the splenomegaly, in which this organ increases its size to a great extent. This increase can generate compression against other organs and this can cause the birth of pain, heaviness, weight loss or fever. It may need to be surgically removed.

In addition to the splenomegaly, alterations such as cysts and tumors can also generate pain. Another possible cause may be that the spleen is injured , perforated or ruptured by some trauma, generating internal bleeding of great danger to the life of the subject.

While most of the pancreas is located on the right side of the body, its tail goes into the left side of the abdomen. Therefore, if the pancreas becomes inflamed, pain can be felt in the left part of the abdomen and at the level of the stomach that is born or worsens just after eating, often spreading later to other areas of the body and appearing together with fever, vomiting, unexplained weight loss and greasy stools .

Pancreatitis can have fatal consequences, so it is essential to go to the hospital as soon as possible.

7. Kidney stones and other kidney problems

In addition to the pain, it is common for difficulties or excesses in urination to appear.

In addition to this other hernia whose associated pain can radiate to the stomach area is the presence of a hernia at the inguinal level.

In the case of the woman, it is also possible for pain to appear on the left side due to the presence of some type of cyst (either a single cyst or in cases of polycystic ovaries) in the corresponding ovary. In these cases, in addition to pain , alterations at a menstrual level, fatigue and dizziness usually appear.

In addition to these cysts, it is also relatively common for pain associated with menstrual cramping or other alterations to occur in the reproductive system.