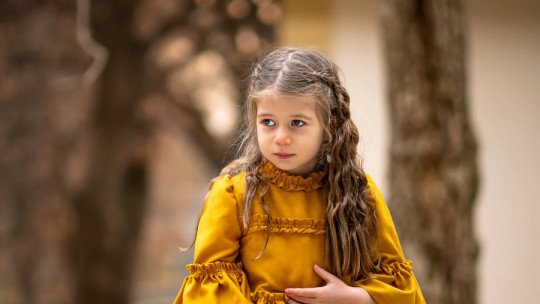 The word Palilalia probably doesn’t tell you anything, but you probably recognize or have heard of its symptoms: spontaneous and involuntary repetition of syllables, words or phrases.

Palilalia is a language disorder similar to stuttering . This disorder is considered a tic, due to the unconscious and unwilling repetitions that take place.

Palilalia: what is it?

Etymologically, the word “Palilalia” comes from the Greek and is broken down into two parts: páli meaning “again” and laló meaning “speech” . Palilalia, which is also called palifrasia, can be associated with pathologies such as Tourette’s syndrome, autism or certain dementias which we will see below.

In this article you will know exactly what palilalia is, the most relevant characteristics of palilalia, the most common causes that can cause palilalia, related disorders and finally the treatments and ideas for this condition.

Palilalia is considered to be a language disorder that is usually present in developmental children .

Under this condition, children emit syllables, words or phrases repeatedly, but may also emit unintelligible sounds, incomplete words or random words that do not fit the context of the situation being discussed.

Palilalia is a disorder that can easily be confused with echolalia . Echolalia is another language disorder in which there is also a repetition of syllables, words or phrases, but in this case the repetition is based on those words that have just been pronounced, as an echo, in some cases even emulating the pronunciation.

In addition, in echolalia the affected person may repeat words that he or she has heard on TV, radio, movies, etc., i.e., not necessarily in conversation. These imitated words can be repeated an unlimited number of times, depending on the degree of the affectation in question, and that these repetitions can be under situations that require a verbal response (called non-functional echolalia), for example, when a child is asked “how old are you”, to which the child responds: “you are, you are, you are”…

However, in both cases, these repetitions are issued in an involuntary, semi-automatic and compulsive manner.

One of the reasons why palilalia is triggered may be that, in essence, imitative behavior is a common and adaptive response in children , since they use it to learn and internalize certain data or information in general. However, it is frequent that this behaviour disappears with time, as these children in question develop other more functional behaviours.

These factors would be environmental factors such as stress, anxiety (the repetition of words that the child suffers usually generates a great anxiety in the child, generating a vicious circle that does not solve the problem), boredom, frustration, developmental disorders, perinatal disorders, etc. On the other hand, it has been postulated that there are some physiological factors that can be associated with palilalia, such as excess dopamine.

In addition, there is a common factor in most of those affected by palalia, and that is that they usually have a premonitory sensation before repeating that syllable, word or phrase , and this same sensation works as an unpleasant stimulus, so that when the word is repeated, the person experiences a relief, constituting a reinforcement of the behavior.

There are several disorders that are altering the functioning of language, so they are related to palilalia. Below are the disorders most commonly associated with palilalia.

Tourette’s syndrome consists of the chronic repetition of motor tics, accompanied by vocal tics . One of the best known symptoms of Tourette syndrome is the emission of obscene or morally reprehensible words in an impulsive manner. Another very similar symptom is palilalia.

Finally, pathologies of dementia can be strongly associated with palilalia. Dementias, which are pathologies in which there is neurodegeneration, lead to the loss of cognitive faculties .

When neurodegeneration affects brain regions that are involved in language and self-regulation, language symptoms such as palilalia or also echolalia may appear.

Firstly, it must be taken into account that the diagnosis of palilalia as a language and psychological disorder takes place when it is considered that palilalia deteriorates the quality of life of the person , generating a discomfort or suffering in the patient.

The treatment provided then, usually varies depending on the degree of affectation of palilalia to the patient’s daily life, taking into account factors such as the periodicity of symptoms, or the duration of these. Thus, a high frequency and duration of involuntary repetitions characteristic of palilalia can affect the patient’s sleep quality, for example.

Obviously there is nothing that makes repetitions disappear forever, but there are procedures that soften these symptoms , such as behavioral therapies, performed by psychologists specializing in language and/or childhood. These therapies can be accompanied by the help of speech therapists.

In more serious cases, neuroleptic drugs can be used if advised by a specialist, in order to prevent the symptoms from affecting the quality of life of the patients, as we have already mentioned, impacting for example on the quality of sleep.

In any case, parents or guardians of children should always be alert in order to avoid stressful situations for the child. In addition, learning relaxation techniques that make them stay calm in critical moments of constant repetition is a good recommendation for parents.