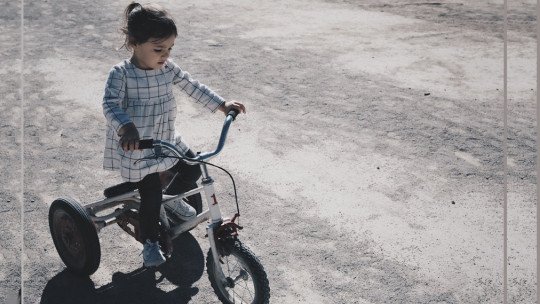 The precariousness of employment in Spain is worrying, and the high unemployment rate is a reality that affects many families . This situation creates serious problems at the social and economic level and, therefore, also affects people’s well-being and emotional balance.

An American Psychological Association (APA) study, conducted by Paul and Moser in 2009, showed that unemployed people are twice as likely to suffer from psychological problems such as depression, anxiety, psychosomatic symptoms, low psychological well-being and poor self-esteem.

However, not only unemployed people suffer from this dramatic situation, but scientific evidence suggests that the children of unemployed parents are also at greater risk of suffering from mental health problems . In this article we explain this.

Work and well-being are intimately linked, because our employment, if we feel fulfilled in it, can be a very important aspect of our happiness. Having a job is necessary to be able to live with minimum guarantees and dignity, and feeling economically secure also has a great effect on our self-esteem and emotional balance.

Losing one’s job is a delicate situation, because it destabilizes us and forces us to seek employment; however, being unemployed for a long period of time causes serious problems in our lives and those of our family and the consequences can be dramatic.

At a psychosocial level, the person may suffer what is known as the invisibility syndrome , since the individual feels unadapted to the socioeconomic system and may believe that others do not see him, that he does not contribute what he should to society. The individual perceives that he is not part of the social system and that the latter rejects him. A belief that, in many cases, can be objective.

Unemployment and its relationship to anxiety, depression and suicide

Likewise, the individual feels confused and lost, coming to experience learned helplessness, and does not find the meaning to his life. Not only does he lose his professional identity, but his identity in general since work is an important factor in a person’s stability and self-esteem. This causes an existential crisis, and the person does not know the path to follow, he stagnates, and this can become a vicious circle that little by little undermines his morale and affects his self-esteem in a negative way.

In the long run, your self-confidence is also affected because you feel that you are not capable of working , and you may come to believe that this is the reason why you are not hired (even in situations of structural unemployment). In fact, the feeling of guilt can invade him regardless of the causes of the unemployment situation.

The anxiety of the first months of unemployment can lead to depression after several months of frustration in the search for work. Scientific studies say there is a correlation between increased suicide rates and high levels of unemployment, and research conducted in 2009 in 54 countries concluded that the suicide rate rose by 3.3% the year after the 2008 banking crash. There appear to be gender differences in this context, as the vast majority of suicides were male, as explained by other research published by BMJ.

The consequences of unemployment do not only affect the person who is in this situation, but the family environment also experiences this dramatic scenario in its own right. In many cases, divorces are a consequence of this fact, and men would be the most affected according to a study carried out by researchers from Ohio State University.

Children are also victims of the fact that their parents do not work . Economic problems, divorce and many other family difficulties derived from this problem affect them directly. According to research from the University of Zaragoza, the children of unemployed parents are more likely to suffer from depression, specifically they have a 56% probability of developing disorders such as anxiety or depression.

These findings are the result of a study involving 6,000 European children aged 2-9 years, carried out over three years in Belgium, Cyprus, Estonia, Germany, Hungary, Italy, Spain and Sweden. The findings were published in the scientific journal European Child and Adolescent Psychiatry.

The first three types of family can cause children to develop psychosocial conditions such as stress, depression or anxiety with a 30% greater probability. However, there is a 56% probability that the children will develop psychological and/or emotional problems if the parents are unemployed .

Since the unemployment rate in Spain is around 20%, many families suffer the consequences of unemployment. Looking for a job is an arduous situation that can demoralize an individual. That is why we have prepared an article so that you can benefit from the advice given by different professionals.