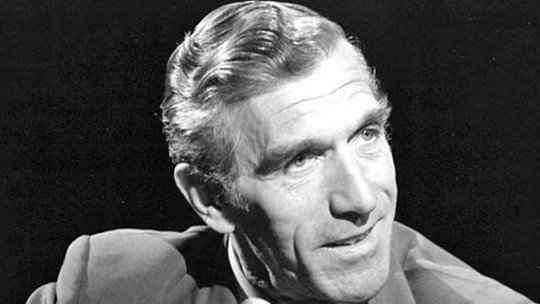 Watzlawick’s theory of human communication states that the problems of communication between people are due to the fact that we do not always have the same point of view as our interlocutors. The lack of compliance with certain communicative rules causes failures in mutual understanding and pathological interaction patterns.

Watzlawick’s contributions are part of the interactive approach to psychotherapy, which has its maximum exponent in the Mental Research Institute of Palo Alto. There, Watzlawick developed and systematized the work done by referents such as Don Jackson and Gregory Bateson. Their efforts were decisive in the emergence of systemic and family therapies.

Life and Works of Paul Watzlawick

Paul Watzlawick (1921-2007) was an Austrian psychotherapist who was part of the Palo Alto Interactional School . He and other theorists from the Mental Research Institute developed a theory on communication that was a fundamental contribution to the future of this area and of family therapy.

Watzlawick holds a doctorate in philosophy and a degree in analytical psychology from the Carl Jung Institute in Zurich. He worked as a researcher at the University of El Salvador before joining the Mental Research Institute. He also worked as a professor of psychiatry at Stanford University.

From his research with families, Watzlawick described a systems theory focused on communication that would later become known as the “interactional approach. This model conceives communication as an open system in which messages are exchanged through interaction.

Watzlawick’s work was based on the theory of the double entendre, developed by his colleagues Bateson, Jackson, Haley, and Weakland to explain schizophrenia. However, Watzlawick’s influence in the field of communication was probably greater than that of the other members of the Palo Alto School.

The Mental Research Institute, usually abbreviated as “MRI” , was founded by Don Jackson in 1958 in the city of Palo Alto, California. In many cases, the therapeutic tradition of MRI is referred to as “Palo Alto Interactional School”.

Palo Alto Interactional School promoted the development of brief, research-based therapies that focus on interaction between people, especially at the family level. Over the years the orientation of the MRI has evolved to approaches close to constructivism.

According to Watzlawick, Jackson, Beavin and Bavelas, proper communication depends on the fulfilment of a number of axioms . If any of them fail, communicative misunderstandings may occur.

1. It is impossible not to communicate

Any human behaviour has a communicative function, even if this is tried to be avoided. We not only communicate through words, but also through our facial expressions, our gestures and even when we are silent, as well as when we use the disqualification techniques, among which the symptom strategy stands out.

Watzlawick calls “disqualification techniques” the abnormal modes of communication by which some people invalidate their own or others’ messages, for example by leaving sentences unfinished. The symptom strategy is to attribute the lack of communication to physical and mental states, such as drunkenness, sleep, or headache.

This theory states that human communication occurs on two levels: one of content and another of relationship. The content aspect is what we transmit verbally , that is, the explicit part of the messages. This communicative level is subject to non-verbal communication, i.e. the relational aspect.

The relational aspects of the messages change the receiver’s interpretation of their content, as does the tone of the irony. Metacommunication, which consists in giving information about the verbal messages themselves, depends on the relational level and is a necessary condition for the communication between the sender and the receiver to be successful.

3. The analog and digital modes

This basic principle of Watzlawick’s theory is closely related to the previous one. In a synthetic way, this author states that communication has an analogical and a digital modality; the first concept indicates a quantitative transmission of information, while on the digital level the message is qualitative and binary .

Thus, while in the content aspect of the communication the sending of information is digital (either a message is transmitted or not), the relational aspect occurs in an analogical way; this implies that its interpretation is much less precise but potentially richer from a communicative point of view.

Watzlawick was of the opinion that verbal and non-verbal communication have a structural component that is analogous to the punctuation of written language. By sequencing the content of the message we are able to interpret causal relationships between events , as well as share information with the interlocutor successfully.

People often focus only on their own point of view, ignoring the point of view of those with whom they are speaking and understanding their own behaviour as a reaction to that of the interlocutor. This leads to the mistaken belief that there is only one correct and linear interpretation of events, when in fact the interactions are circular.

The division between symmetric and complementary communication refers to the relationship between two partners . When both have equivalent power in the exchange (e.g. they know the same information) we say that the communication between them is symmetric.