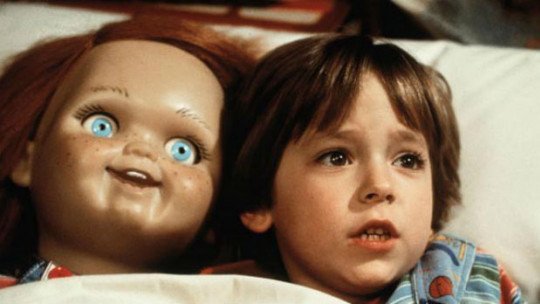 Dolls are adorable objects that remind us of childhood and innocence, but some people may suffer an irrational fear of these toys that represent the human figure although in smaller dimensions. In the cinema, some films have based their stories around these objects, sometimes demonized or possessed in their scripts.

Pediophobia is the irrational fear of dolls, and not only of dolls with evil images, but of any of them . In many cases, paedophobes can also feel a great fear of robots and mannequins. This phobia should not be confused with pedophobia, which is the fear of children.

Sigmund Freud thought that this disorder had its origin in the fear that this object would come to life. However, to understand pedophobia, which is part of phobic disorders, the behavioralist seems to be more effective, since phobias usually originate from classic conditioning.

A phobia similar to coulrophobia

Like clowns, dolls associate with children and produce various sensations and emotions in us. We usually associate them with fun and endearing moments; and dolls are ideal as a form of entertainment.

But despite this image we have of clowns and dolls, these figures are also associated with negative and unpleasant images, even causing real fear. Clowns and dolls are also horror figures in the world of cinema, and have acted as killers in some films. In the case of clowns, reality has surpassed fiction, and John Wayne Gacy, the grim case of the killer clown, who dressed up to commit his crimes, is well known.

What causes a phobia

A phobia is an irrational fear of some object, situation or activity, i.e., a phobic stimulus. It is an anxiety disorder and can be very disabling. People with some type of phobia often avoid the phobic stimulus because it makes them feel so unwell.

Phobias often develop due to a number of environmental factors, although some experts claim that genetic predisposition is the determining factor. However, the hypothesis of environmental factors carries more weight, and the cause of someone developing a phobic disorder is usually a traumatic experience lived around that stimulus. Usually, this precipitating event occurs in childhood, and the phobia appears by associative learning or classic conditioning.

Dummies can also cause phobia in an indirect way, since in some films they can represent evil, being possessed or being a murderer, but they can also be associated with voodoo and, therefore, with black magic or witchcraft.

The fact is that many science fiction movies or novels have as their main characters diabolic or evil dolls, for example, Chucky’s movies, so some children are terrified by this evil image.

Individuals who suffer from this irrational fear of dolls feel great anxiety or discomfort when they are near them, when they watch them on television or when they imagine them . Therefore, fear and panic together with anxiety are the main symptoms. In addition, like any type of phobia, the person suffering from this disorder avoids the feared stimulus, and engages in behaviors so as not to have to expose themselves to the source of discomfort.

The symptoms of phobias are virtually the same for all phobic disorders, and are as follows:

Treatment of this disorder

Since this disorder can be disabling and can cause an intense feeling of discomfort, it is necessary to see a psychology professional in order to overcome it . Generally, the psychologist will carry out a treatment that includes cognitive behavioural therapy techniques, such as systematic desensitization or exposure techniques; however, some professionals also make use of mindfulness or hypnotherapy.

Undoubtedly, systematic desensitization is the most popular technique to overcome the fear of dolls or pedophobia. This technique consists of slow and gradual exposure to the feared stimulus and promotes more useful coping skills in the patient. For example, the patient may begin by looking at pictures of dolls and dolls, reading books, or watching movies about these toys. Once they are able to control this fear in these situations, they can be exposed to the actual feared stimulus. In severe cases, treatment may include medication for anxiety, but never as an alternative to psychological therapy.

Some apps to treat phobias

With the inclusion of new technologies in our lives, they not only have a recreational use, but can be used for clinical or psychotherapeutic purposes . In recent years, different apps have appeared that help to overcome phobias.

If you suffer from any kind of phobia, our article: “8 apps to treat phobias and fears from your smartphone” may interest you. So take a look at it if you want.