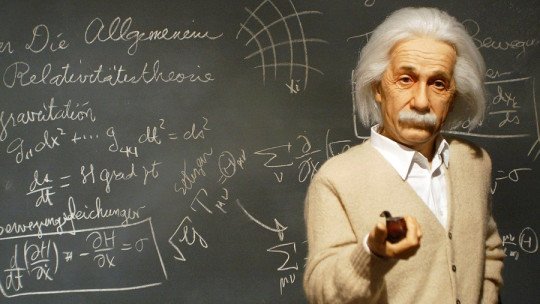 You’re in a bad mood all day and no one can stand you? Take it easy. According to a recent study, being in a bad mood makes you smarter .

Many people think that happiness lasts a lifetime, that you have to dress up with a smile, optimism and good vibes every day. It is forbidden to get angry or complain, because if you do you are a loser. It is a post-modern maxim that drinks from the boom of self-help books and the philosophy of entrepreneurship.

In the world of these people there are no layoffs but transition stages and there are no salary cuts but adjustments . In today’s world it is not allowed to feel concern, fear or rejection, because you have to ride the wave of goodwill constantly.

The Problems of False Optimism

Regarding this very common behavior, psychologist Juan Cruz warns: ” False positivism does the same damage as excessive negativity. It is the opposite extreme and prevents the individual from connecting with his emotions and problems, which prevents change and overcoming” . Therefore, putting a good face on everything is not good, and now, in addition, a study has confirmed that grumpy and sad people possess a sharper intelligence .

It seems that being constantly happy allows one to live life in a superficial way without examining what is going on in depth. What may at first seem ideal may have a negative effect on intelligence and our ability to analyze and understand reality.

The Relationship between Moodiness and Intelligence

The study was published in Australasian Science and was conducted at the University of New South Wales in Australia. It was carried out by Joseph Forgas , professor of psychology and expert in emotions, and it consisted of a series of experiments in which the participants’ state of mind was manipulated by means of films and positive or negative memories .

Professor Forgas found that being in a bad mood helps us think more clearly. Unlike people with excessive optimism, angry people make better decisions and are more incredulous.

“Moodiness improves the ability to judge others and also increases memory “ says Forgas. The article explains that while a positive mood facilitates creativity, flexibility and cooperation, a bad mood improves attention and facilitates more prudent thinking. Furthermore, it adds: “Moody people have a better ability to cope with complicated situations because their brain promotes more adaptive information processing strategies” . Forgas explains that people with a lower mood have a greater ability to argue their opinions in writing . Furthermore, it is in the serious states that our mind best processes reasoning and common sense. The same study concludes that a moderately negative mood has a positive effect on communication style.

On the other hand, a previous investigation by the same Forgas concluded that time has a similar impact to that of emotional states on intelligence. According to his results, humid and sad days improve memory, while sunny days favour oblivion.

For this study, Forgas and his team conducted several experiments that began by inducing emotional states in participants through movie viewing. In one of the experiments, subjects were asked to judge the truth of urban myths and rumors, and they found that participants with negative moods believed less in these claims .

On the other hand, people with bad moods were less likely to make decisions based on racial or religious prejudice, and made fewer mistakes when asked to recall events they had witnessed. Finally, people with negative emotional states produce more effective persuasive messages.