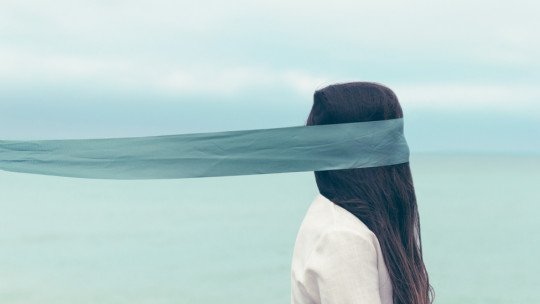 The different personality types that our species displays show how different each human being is. However, not all of these variations in ways of thinking and acting are equally recognized. In Western countries, for example, extraversion is more highly valued than introversion.

But, if there is a way of being that receives negative evaluations, that is the pessimistic personality, very much associated with sadness in a wrong way .

What is a pessimistic personality?

The pessimistic personality is a way of thinking and behaving characterised by the fact that the person judges it in the worst possible way, in the sense that he or she makes negative interpretations of what is happening and of what is going to happen .

In other words, people with pessimistic personalities think they live in the worst possible world, or almost.

It is true that pessimistic personality is linked to sadness, but not all individuals who think this way feel some kind of emotional pain or depressive symptoms.

On the one hand, interpreting reality in a pessimistic way can make one lose hope of improving the situation and this produces sadness, restlessness and can even go hand in hand with learned helplessness, in which the person stops fighting and striving to progress.

Furthermore, not all types of pessimism are the same , and some of their forms leave a door open to hope. For example, it is possible to believe that everything is much worse than the rest of humanity believes when injustices or situations of oppression are given importance, but it is also possible to believe that having in mind those problems that most people ignore is a way to start building a better future and that, otherwise, they would continue to exist.

The characteristics of pessimistic people

The pessimistic personality is based on a series of characteristics that define it:

1. The search for truth

People who present this personality form prefer to accept unpleasant and uncomfortable truths than to embrace comforting beliefs that do not explain reality faithfully.

However, this does not mean that they are better at understanding what is going on; they simply believe that many of the popular and widespread beliefs of the population are based on convenient falsehoods.

In the pessimistic personality that which produces pain or discomfort is emphasized , since it is assumed that everything that functions correctly falls within what could be expected and, therefore, does not attract attention. In this way, pessimism can be an element that predisposes to social denunciation and to draw attention to problems that go unnoticed or are normalized. Pessimism also acts as a shield against frustration. Because these people expect little good from the future, they do not take it for granted that things will automatically get better or that no sacrifices will be made.

That’s why it’s more rare for them to feel disappointed , and that means that accidents or unexpected problems usually don’t produce a great emotional upset in them (compared to what happens to other people).

Loss processes, defined as grieving processes (and not only comprising cases where death is present), are experienced differently by people with pessimistic personalities. As they have been anticipating for a long time many of the bad things that happen to them, the effect of these is cushioned. Somehow, shows a greater emotional stability .

5. Does not have to be pathological

Pessimistic personality is not a mental disorder, it is simply a psychological pattern far from what characterizes most people , which is not especially pessimistic or optimistic.

However, certain pathologies do go hand in hand with pessimistic thinking, such as depressive disorders when manifested through their symptoms.

Pessimism is not well valued socially, and that makes some people hide it so that their relationships do not deteriorate. This, in turn, can be a problem, because behaving unnaturally for a long time is stressful, as you always have to keep your guard up so that what you think is not revealed.

In short, a pessimistic personality is neither pathological nor does it have to be equivalent to living in a constant state of sadness. In certain cases it can include certain predictions of hopeful situations and in other cases it does not, but in any case there are also some positive characteristics that are typical of this way of being.

Among them is the honesty that one maintains with oneself and the emotional stability that it offers in the face of certain grieving processes, as well as the constructive and claims-oriented spirit that it is associated with in many cases.

That is why, although it sounds paradoxical, the pessimistic personality, characterized by interpreting almost everything in the worst possible way, can serve to build a better future in which optimism gains ground and welfare conditions are enjoyed by more people. That is why this type of personality contains in itself its own negation and is capable of contributing to society.