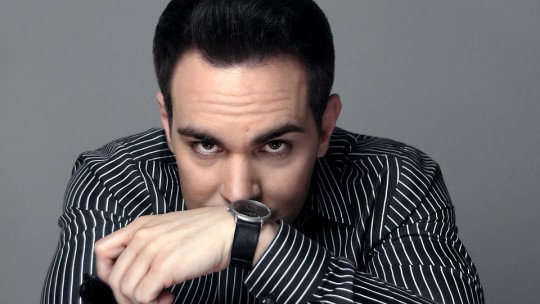 Romantic dinners, intimate and fascinating conversations in which seduction fills everything, sophisticated ways of finding attraction in the intelligence of the other… It seems that human sexuality is one of nature’s most subtle creations, one in which everything related to reproduction is precisely what matters least of all.

However, it is still true that, rational or not, we are still part of the animal kingdom. And in the world of animals there is a chemical element that influences sexuality, also in our case: pheromones .

Pheromones are chemical substances generated by living beings and used to generate reactions in other individuals, of the same or another species. They are, so to speak, the raw material with which some forms of life establish communication with others.

However, pheromones are a very simple and primitive communication, which even has problems fitting into what can be understood as non-verbal communication. On the one hand, this transmission of information, but uses neither semantics nor signs that can be processed cognitively . In fact, the whole process is automatic and not conscious (and no, not in the way Sigmund Freud would have imagined).

There are no possible interpretations in it. It simply receives a chemical signal and reacts accordingly, almost always in a predictable and stereotypical way. Thus, pheromones are like pieces that can only fit a life form in a certain way.

This definition is very broad, but in practice one of the most important roles of pheromones has to do with a very specific one: reproduction.

When human beings are looking for a partner (stable or punctual), the search for information about the people among whom one doubts rarely has to do with the analysis of discourses and verbal messages. Non-verbal communication, such as gestures and postures, have a great influence, because they are expressed through aesthetics and physical appearance.

A person’s exterior is not everything, but it is a layer of reality that natural evolution has taught us to appreciate very much, because we have been developing ways of finding relevant information about possible partners in it for millions of years, before we developed the ability to use language.

Pheromones are part of this very primitive packaging that we tend to judge first before trying to analyze the way people think and feel. Their importance has to do with the following points:

1. give an idea of sexual compatibility

Pheromones make a lot of sense from the point of view of reproduction because, unconsciously, they give us an idea about the characteristics that a common son or daughter would have. Specifically, pheromones express aspects of the immune system of the person who secretes them, and it has been seen that many animals tend to prefer individuals with an immune system more different from their own . In this way the offspring have a more complete and comprehensive one.

Indicate the presence of the state of sexual activation

Pheromones induce one to orient one’s behavior towards sexuality (either to be attracted to someone or to feel the opposite), but they also tell us about the degree to which the person who secretes them shows a predisposition or not to have sex.

3. They give information about the ovulation cycle

This has been proven in non-human animals, and there are some signs that it could be fulfilled in our species as well. In fact, it has been possible to record how the smell of women ovulating causes testosterone levels in men to rise. Something similar has been seen in women, who through smell could detect possible “competition” by detecting the ovulation of others .

This need not be too much from the point of view of how sexuality is lived in modern societies, where sexuality and reproduction have been separated, but for the selection of species it does have a lot of importance.

What is known about pheromones is basically thanks to research in biology with non-human animals. The clues about the role that these chemicals could be having in the reproductive and affective behavior of humans is unclear, because their effects are difficult to register in a species as sophisticated as ours .

After all, it is easy to see how pheromones act in small animals and with a less developed nervous system than ours, but as the complexity of behavior and the influence of society and culture increases, the role of these chemicals is blurred and hidden behind many layers of convoluted psychological processes.

Just as it is not the same to investigate memory by experimenting with chains of neurons as it is with living humans performing complex cognitive tasks, the study of pheromones in humans will need to be developed over many years to give us detailed explanations of how this element affects us.