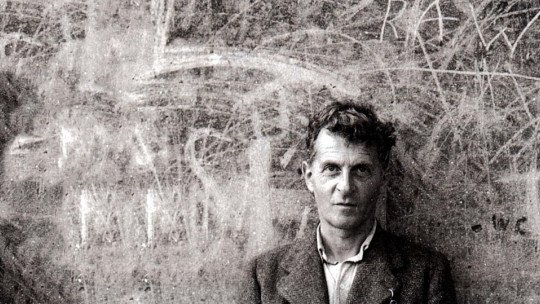 In the middle of the 20th century, philosophical behaviorism emerged, a movement whose main objective was to denounce the errors of philosophy and psychology derived from the construct “mind”, to which a truthfulness not supported by scientific analysis is attributed. The two fundamental authors in this development were Gilbert Ryle and Ludwig Wittgenstein.

In this article we will describe the historical origin and the main approaches of philosophical behaviorism . We will especially stop to describe two of the key contributions of these authors: the criticism of the concepts of “mind” and “private language”, which are opposed to many of the mentalist ideas in force at the time and at present.

Behaviorism is a set of approaches to the analysis of the behavior of humans and other animals that focuses on observable behavior. This is understood as the result of the interaction between the organism, including its individual history, and the relevant stimuli in a given situation.

From this orientation the environment is given a more important role than heredity in the genesis of behavior . Particularly noteworthy is the role of the processes of reinforcement and punishment, which increase or decrease the probability that a particular behaviour will be repeated in circumstances similar to those of the learning situation.

Among the authors who had a key influence on this orientation were Edward Thorndike, Ivan Pavlov, John B. Watson and Burrhus F. Skinner. Their contributions are framed in a historical context in which psychoanalysis dominated our discipline; behaviourism was above all a reaction to the runaway mentalism of the psychology of the time .

Currently the most relevant branch of behaviorism is applied behavior analysis, which is part of the skinnerian paradigm of radical behaviorism. From this perspective, mental processes are conceived as phenomena equivalent to the rest of behaviors and are studied as such; in contrast, in methodological behaviorism they were obviated.

Origin and approaches of philosophical behaviorism

In the mid-20th century a philosophical movement emerged that focused on a conception of language that was differentiated from that defended by the empirical and rationalist traditions. The two main authors in this movement, which is sometimes called “ordinary language movement”, were Ludwig Wittgenstein and Gilbert Ryle .

The classical approaches to philosophy tend to focus on language and the artificial constructs that derive from it. However, according to the movement of ordinary language such objects of study are erroneous because it is not possible to take words as credible models of reality; therefore, trying to do so is a methodological failure.

Many of the themes that have studied philosophy and psychology require that they be conceived as correct concepts such as “knowledge”, “intention” or “idea” . Something similar happens with classical dichotomies such as the distinction between body and mind. Assuming from the outset that this type of approach is legitimate leads to an analysis from a wrong base.

The fallacy of private language

Although Wittgenstein, Ryle, and the authors who followed them do not deny the existence of mental processes, they did state that we cannot know the psychological experience of other people. We use words to refer to abstract inner experiences , so we never transmit them faithfully or completely.

According to Ryle, when we express our mental contents we are actually referring to the very act of externalizing them. Similarly, we speak of causes in a systematic way to describe the same phenomenon as the supposed consequence; this happens, for example, when we say that someone behaves in a kind way because he is kind.

The very concept of “private language” is problematic for philosophical behaviorism. Those contents that we refer to with words like “thought” are, in reality, a series of sensations and internal processes that cannot be translated into words, but have a much broader and dynamic character.

For these reasons, and given the difficulty in extrapolating the psychological constructs handled by a person to the rest of human beings, from this perspective the usefulness of the analysis of the self is denied, which includes the methods of introspective analysis. The “private language”, if it were accessible, would only be accessible to the individual himself.

The problem of mind-body dualism

Gilbert Ryle stated that the conception of mental phenomena and observable behavior as independent processes is a categorical error. This means that the debate is posed as if one worked without the intervention of the other and as if it were possible to separate its biological basis, when in reality this dichotomy is nothing more than a fallacy .

From this approach derives the understanding of the mind as lacking in true consciousness. For Ryle, the term “mind” refers to a very broad set of phenomena, mainly of two types: externally observable behaviours and non-observable behavioural predispositions, generated through conditioning.

According to this author, therefore, the mind would only be a philosophical illusion that we have inherited from the philosophy of René Descartes. However, from a logical point of view this is a mistaken concept; consequently so would be the contributions of the so-called “philosophy of the mind”, in which a great number of proposals from psychology would be included.