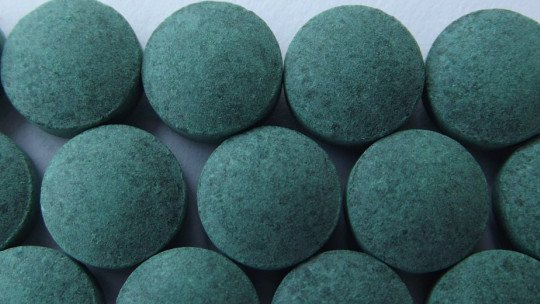 Antipsychotic drugs have been shown to be effective in reducing the most characteristic symptoms of schizophrenia, primarily hallucinations and delusions; however, this type of medication often causes extremely intense and difficult to tolerate adverse reactions that can lead to death.

In this article we will analyze the mechanism of action, uses and side effects of pimozide , one of the most powerful antipsychotics available and also used to treat chronic and treatment-resistant tic disorders, especially Tourette’s syndrome.

Pimozide is a psychoactive drug from the class of antipsychotics . It belongs to the pharmacological group of diphenylbutylpiperidines, which also includes clopimozide, fluspirilene and penfluridol, all of which were developed by the Belgian company Janssen Pharmaceutica. Pimozide in particular was created in 1963.

It is a drug with a very intense potency, even more so than other classic antipsychotics that are notorious for their aggressiveness, such as haloperidol. This makes the risk of suffering adverse reactions typical of antipsychotics, such as neuroleptic malignant syndrome and tardive dyskinesia, particularly high when taking pimozide.

What is its mechanism of action?

Pimozide exerts antagonistic effects on dopamine receptors D2, D3 and D4 , reducing the activity of this neurotransmitter in the central nervous system. This action is associated with a decrease in the positive symptoms of schizophrenia, the most characteristic of which are hallucinations and delusions.

Dopamine is the main neurotransmitter in the brain’s reward system, so learning and reinforcing behaviour depend on this chemical. Both positive and negative symptoms of schizophrenia have been associated with dysfunctions in dopamine transmission .

The effects on dopamine are also the cause of the adverse reactions of pimozide and other antipsychotics. These include the extrapyramidal syndrome, which is characterized by signs such as muscle stiffness and contraction, involuntary movements, and physical and psychological distress.

What is pimozide used for?

Pimozide is mainly used for the treatment of two kinds of psychological disorders of organic origin: psychosis and tics. In particular this drug is administered in resistant and/or chronic cases of schizophrenia, Tourette’s syndrome and other disorders that fall into one of these two categories.

Studies that have looked at the efficacy of pimozide in comparison to other more commonly used antipsychotics such as chlorpromazine show that they are approximately as effective in treating the positive symptoms of schizophrenia and other spectrum disorders of psychosis.

The scientific literature also refers to the use of pimozide for disorders related to paranoia and delirium ; thus, this drug is sometimes applied in the treatment of delusional disorder, paranoid personality disorder and delirium of parasitosis or Ekbom syndrome, typical of alcohol withdrawal.

Side effects and adverse reactions

The most common side effects of pimozide consumption include dizziness, drowsiness, excessive sweating (hyperhidrosis), dry mouth, constipation, repeated awakenings during the night due to the need to urinate (nocturia), decreased muscle movements (hypokinesia or akinesia) and speech disorders.

On the other hand, among the serious and characteristic side effects of antipsychotics we find the neuroleptic malignant syndrome (which causes death in 10% of cases), tardive dyskinesia (repetitive and involuntary movements, often of the mouth) and akathisia (a feeling of intense and constant discomfort and restlessness).

There are also signs that the medication is acting negatively , so when they appear it is necessary to consult the doctor. The most important are confusion, fever, muscle stiffness, the appearance of neck contractures, swallowing difficulties and uncontrollable movements of the face.

A particularly problematic adverse reaction is the occurrence of heart rhythm disturbances. It is known that, if the dose of pimozide is too high, this drug can cause sudden death because it favours an irregular heartbeat. Therefore, when pimozide is prescribed, electrocardiograms are usually programmed.

It has also been found that pimozide can cause tumors to arise in mice. However, the available data do not allow the extrapolation of this serious adverse reaction to humans in a scientifically reliable way.