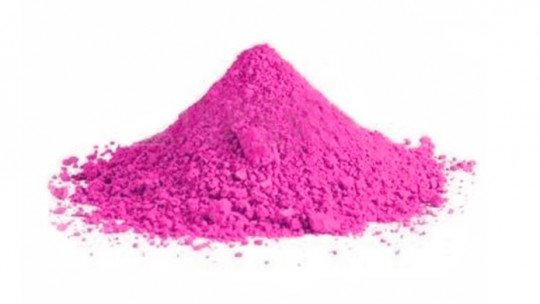 Pink Powder is a drug that has become popular recently . But drug use is not something new, it is an ancestral practice. For example, the indigenous tribes already consumed coca leaves or peyote as part of their culture.

At present, there are many psychoactive substances consumed by individuals from different social groups. From classical forms such as heroin or cocaine to the synthetic drugs of the contemporary era, the wide repertoire of effects of these substances has led to their use in many contexts. Over the years new and attractive substances have appeared: krokodil, flakka, bath salts…

If heroin is the drug consumed by the marginal classes, cocaine has always been associated with wealthy people, as it is an expensive drug (at least in developed countries). In recent years, another drug seems to have burst through the upper class: Pink Powder, also known as Tucibi (2CB), Pink Cocaine, Venus, Eros or Nexus).

Pink Powder is a synthetic drug with psychedelic effects, and according to users, it alters all the senses and changes the perception of the world with visual and thought hallucinations. In some cases, the lack of control of the imagination causes terrible attacks of fear or panic, just as LSD does. It seems that this drug combines the hallucinogenic effects of the latter substance with the euphoric and energetic effects of MDMA: the person notices a very pleasant high for the body itself, a feeling of exaggerated strength and intense nervousness and excitement .

Stimulant effects appear at low doses, while hallucinogenic effects appear after consuming high doses of this product. The duration of these effects is between 4 and 8 hours. Knowing this, it is curious that it receives the name of Pink Cocaine, because the consequences of consuming this drug have little to do with cocaine hydrochloride. The only similarity between the two drugs is in appearance, that is, the presentation in powder form. However, the Pink Powder has a high addictive power that is comparable to that of other psychoactive substances such as methamphetamine .

Pink Powder is a synthetic drug (also called synthetic or designer drug) that is characterized by being manufactured through chemical processes, usually in clandestine laboratories. These drugs originated in the 1970s in the United States.

This is how the Pink Powder first came about, since its creator, Alexander Shulgin, first synthesized it in 1974. This drug (2C-B or 4-bromo-2,5-dimethoxyphenylethylamine) is a psychedelic phenylethylamine from the 2C family. Shulgin discovered more substances from this family (2C-E, 2C-T-2, 2C-T-7, 2C-I) but the Pink Powder is the most widespread.

There are different types of designer drugs: those that mimic the effects of opiates (e.g. New Heroin), cocaine substitutes (e.g. Crystal caine) or substances with original and novel effects (Ecstasy or LSD). Pink powder is part of the latter group.

The dose of Pink Cocaine varies between 16 and 24 mg, and is usually consumed in powder form , presented in sachets. However, it can also be taken in tablet or capsule form.

Negative consequences of their consumption

This drug is very dangerous and the health consequences of its use can be devastating. Problems arise in both the short term and the long term. Anxiety and panic attacks are common due to the emotional intensity of the hallucinations, which is also the case with LSD or MDMA.

In the long term, problems may include: severe anxiety crises, disorientation, depersonalization, extreme tiredness , depression and psychotic disorders. The difficulties and problems do not only arise in the health of the user, but their family environment also suffers the consequences of this drug.

Law enforcement is aware of the seriousness of this drug

There is a high level of awareness among law enforcement agencies in different countries to address this public health problem. In Colombia, the police of Medellin recently arrested Alejandro Arboleda Uribe, alias “Alejo Tucibí” , known as the biggest trafficker of this substance. As part of this operation, Colombian authorities also arrested 13 other individuals in the cities of Cali and Ipiales and the island of San Andrés. All were part of the same drug trafficking network.

The dismantled gang transported the drugs from Colombia to other South American countries, the United States and Europe. Their modus operandi consisted of sending the drugs in human couriers, who then arrived in the destination countries.

Spain is no exception

The consumption of this drug has also spread throughout Spain and, in fact, the police of this country have also carried out operations to stop the illegal trafficking of this substance . This is something that could be expected, given how dangerous a substance whose effects are serious and partially unknown could be on the streets.

In July 2016, the Spanish police made nine arrests in a raid in the city of Madrid. Eight of the nine detainees were Colombian citizens.