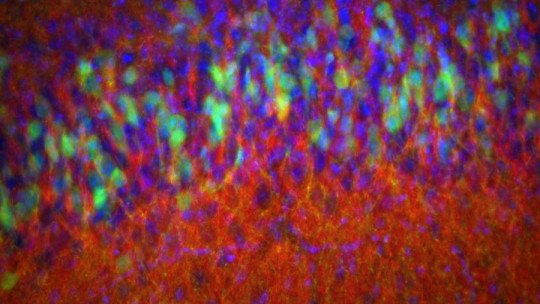 Although there have been notable advances in science, the human brain remains an unknown quantity in many respects. There are structures that are gradually becoming known, and one of them is the pyriform cortex .

Piriform bark is part of the olfactory cortex, and in addition to detecting and differentiating odors, it has recently been discovered that it also stores long-term memories. Let’s get to know its anatomy, its functions and the latest findings.

The olfactory cortex is the only part of the forebrain of vertebrates that receives direct sensory input. Another characteristic of the olfactory system at the cerebral level is that it is the only one that does not make a relief in the thalamus (as it does with the other senses). Furthermore, it is ipsilateral (each hemisphere receives information from the nostril on the same side).

On the other hand, the olfactory system is one of the first sensory systems to be differentiated and become functional during fetal life.

Humans share the pyriform bark with mammals, amphibians and reptiles.

The piriform cortex is a part of the brain where the sense of smell is located, which allows for the detection and distinction of odours with great precision . However, recently it has also been linked to the storage of long-term memories.

The neuronal distribution of this part of the nervous system is apparently random and “chaotic”, and until recently it was not known exactly why. However, a team of scientists from the University of Salk (USA) found that this distribution is essential for the brain to distinguish smells correctly and extremely precisely.

At the neuroanatomical level, the pyriform cortex is part of the rhinencephalon, located in the telencephalon . The telencephalon is a brain structure situated above the diencephalon, it is the front part. It is the largest area of the brain and represents the highest level of somatic and vegetative integration.

The pyriform bark is part of Brodmann’s area 27. It has been suggested that this cortex may be an attractive target for the treatment of epilepsy , by injury, stimulation, or local drug delivery.

The most important functions of the pyriform bark are twofold: it functions as an olfactory system and participates as a kind of “archive” where long term memories are stored.

As we have already seen, the pyriform bark is part of the olfactory cortex. But how does it act when it comes to detecting odours?

On the other hand, they found that instead of having a single receptor that detects an odor and illuminates a group of neurons, each odor has a kind of “fingerprint” that relies more on the strength of the connections.

Another discovery of the pyriform crust came in late 2017, by two German neuroscientists, Christina Strauch and Denise Manahan-Vaughan, from the Ruhr University of Bochum (Germany). Their results were published in the journal Cerebral Cortex.

Strauch and Manahan-Vaughan discovered that piriform bark, which is responsible for detecting odours, is also involved in the storage of memories . Specifically, it is concerned with retaining memories in long-term memory.

To study it, they used electrical impulses in the brain, with the aim of emulating processes that would trigger the coding of an olfactory sensation that could be memorized. Through a series of protocols, they also induced long-term effects on the hippocampus (responsible for long-term memory).

The neuroscientists say their study shows how the piriform cortex can serve as a storage space for long-term memories, although it is also true that to do so requires “instructions” from the orbitofrontal cortex , a region of the frontal lobe related to cognitive processing in decision making.