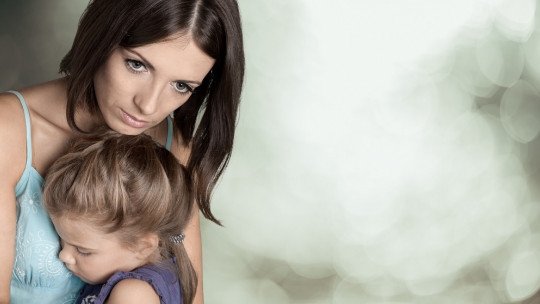 The arrival of a child in our lives is always a reason for happiness and joy. However, there are a number of factors that can interfere and deteriorate this feeling of well-being and although these feelings are usually associated with postpartum depression, they can also appear at the end of an adoption process.

These cases are known as post-adoption depression , a psychological disorder characterized by the emotional suffering of one of the two affective parents that we will talk about throughout this article.

What is post-adoption depression?

In the course of her work, Bond became aware of the effects that the adoption process has on the mental health of prospective adoptive parents and observed that on a large number of occasions, adopters experience feelings of acute sadness and anxiety that appear after only a few weeks of the adoption process. That is, shortly after the child is already settled in his or her new home. This clinical picture was called post-adoption depression syndrome.

Although its symptoms are very similar to those of postpartum depression, which is already normalized and accepted as a possible temporary consequence of the new situation in which the person finds herself, postadoption depression is surrounded by a great deal of ignorance.

The reason for this is that, unlike postpartum depression which is justified as a hormonal readjustment, in postadoption depression this biological justification is not found and, moreover, society expects people to feel great happiness and satisfaction in seeing an adoption process carried out, something that in theory requires so much time and effort.

This leads many people to feel ashamed and guilty of these feelings of sadness and anxiety that invade them, so they decide to take it in silence and not resort to any kind of help. Furthermore, the feeling of incomprehension is also very characteristic of this disturbance.

Not few people experience these effects. In the same way, these symptoms do not appear out of nowhere, but have causes based on interaction with the environment, and there are also a series of measures that the person can take to avoid or remedy them.

Unlike postpartum depression, which is characteristic of women, although there are also cases in which it has occurred in men, postadoption depression tends to occur equally in both sexes . However, symptoms may vary between men and women. This phenomenon is associated with the influence of gender roles that are still strongly adhered to in different cultures.

In the case of women, they usually experience strong feelings of sadness, sensation of tiredness and extreme fatigue , sleep problems and anhedonia or inability to experience interest or pleasure with activities previously considered satisfactory.

All these symptoms often trigger a strong feeling of frustration and guilt, as the person feels that they should be in a position of well-being and happiness and cannot understand why this is not the case.

Meanwhile, in men, post-adoption depression often manifests itself in the form of irritability and anger . In addition, just like women, they also experience sleep problems and lack of interest in almost everything.

What are the possible causes?

Although there is not a great deal of study or research on post-adoption depression, it has been possible to establish a number of factors or causes that lead to the symptoms and feelings listed above.

In most cases, these causes are related to the generation of not very realistic expectations about what will happen after the adoption process is completed, as well as to the idealization of the role of the parent. In addition, the long waiting periods to carry out an adoption favour this ideal imagination.

As a consequence, once the reality in which they find themselves is perceived, parents may feel frustrated and guilty for their emotions . In the same way, it is common to want to form a strong and quick bond of love with the new member of the family, without knowing that this bond is a slow and laborious process that can take months.

In addition, the feeling of lack of understanding by family and friends tends to reinforce this sense of guilt, since the people around them usually do not understand why parents are not happy to have fulfilled their dream.

How can it be faced?

First of all it is necessary to be aware of the existence of post-adoption depression. Knowing it and accepting that it is possible to suffer from it will reduce the degree of surprise and frustration in the event that it appears. It will also help the person prepare for the new emotions and feelings they may experience.

There are a series of quite useful recommendations to face this new situation , as well as the appearance of the symptoms typical of post-adoption depression: