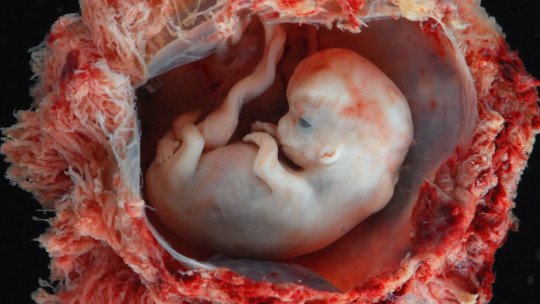 Various factors, including malformations in the kidneys, can interfere with intrauterine development and cause alterations in other systems of the body.

In this article we will discuss the causes, symptoms and types of Potter syndrome , the name by which this phenomenon, often of genetic origin, is known.

What is the Potter sequence?

The terms “Potter sequence” and “Potter syndrome” are used to refer to a set of physical malformations that occur in infants as a result of alterations in the kidneys, the absence of amniotic fluid (oligohydramnios) or compression during intrauterine development.

In 1946 doctor Edith Potter described twenty cases of people without kidneys who also presented peculiar physical features in the head and in the lungs . Potter’s contributions were key in raising awareness of this disease, which was more frequent than previously thought.

Potter believed that these types of physical malformations were always due to the absence of the kidneys, or renal agenesis; however, it was later found that there were other possible causes. The typological classification we use today was developed around these and associated alterations.

Potter syndrome is often associated with diseases and problems of the urinary system such as agenesis of the kidneys and ureter, polycystic and multi-cystic kidney disease or obstruction of the urinary tract, which may be due to both genetic and environmental causes.

The development of the classical variant consists of a series of interrelated events; this is why it is also called “Potter’s sequence”. Incomplete formation of the kidneys and/or ureter or rupture of the amniotic sac means that the fetus does not have enough amniotic fluid to form properly.

Sometimes the signs that characterize Potter syndrome can already be seen during intrauterine development. Most commonly, medical tests reveal the presence of cysts in the kidneys, or oligohydramnios or the absence of amniotic fluid , which is usually due to the rupture of the sac containing it.

After birth, the facial features described by Potter become evident: flattened nose, epicanthal folds in the eyes, receding chin and abnormally low ears. In addition, alterations may occur in the lower and upper extremities. However, these characteristics are not always present to the same degree.

Potter syndrome is also associated with malformations in the eyes, lungs, cardiovascular system , intestines and bones, especially in the vertebrae. The urogenital system is often significantly altered.

Currently, the different forms of Potter syndrome are classified into five major categories or types. These differ in both the causes and the clinical nuclear manifestations. On the other hand, it is also important to mention the classic form of this disease and the one associated with multi-cystic kidney dysplasia, discovered very recently.

This variant of Potter syndrome occurs as a consequence of autosomal recessive polycystic kidney disease , a hereditary disease affecting the kidneys and characterized by the appearance of numerous small, fluid-filled cysts. This causes the kidneys to become enlarged and interferes with urine production.

The main feature of type II is renal agenesis or aplasia, that is, the congenital absence of one or both kidneys ; in the second assumption we speak of bilateral renal agenesis. Since other parts of the urinary system, such as the ureter, are also usually affected, these signs are often referred to as “urogenital agenesis”. The origin is usually hereditary.

In this case the malformations are due to autosomal dominant polycystic kidney disease (unlike type I, where the disease is transmitted by recessive inheritance). Cysts in the kidneys and an enlargement of their size are observed, as well as an increase in the frequency of vascular diseases. The symptoms usually manifest themselves in adulthood .

Type IV Potter syndrome is diagnosed when cysts and/or water accumulation (hydronephrosis) occur in the kidneys due to chronic obstruction of the kidneys or ureter. This is a common variation during the fetal period that does not usually lead to miscarriage. The cause of these alterations may be both genetic and environmental .

When we talk about classic Potter syndrome, we are referring to cases in which the kidneys do not develop (bilateral renal agenesis), nor does the ureter. It has been proposed that the classic form described by Potter in 1946 can be considered an extreme version of type II, also characterized by renal agenesis.

Multi-cystic renal dysplasia is an alteration characterized by the presence of numerous and irregular cysts in the kidneys ; compared to the term “polycystic”, “multi-cystic” indicates a lesser severity. Cases of Potter syndrome due to this disorder have been identified in recent years that may indicate a possible new type.