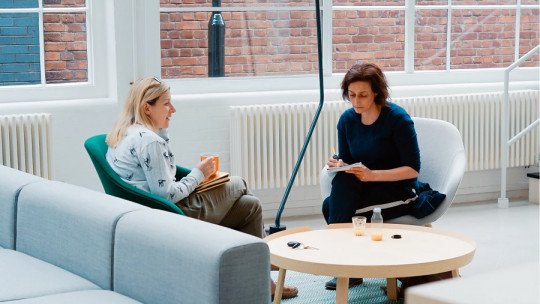 On many occasions problems turn out to be a source of stress that reduces our personal well-being. To solve them, in 1971 the Problem Solving Therapy was born, the most accepted model of problem solving in psychotherapy, formulated by D’Zurilla and Goldfried.

This is a type of therapy oriented to that the patient learns to identify his problem and to create effective strategies to solve it , through the learning of a series of skills, while the therapist advises him in its implementation. We will see what phases the therapy proposes and what each one consists of.

D’Zurilla and Goldfried’s therapy is born from the influences of previous models such as the social competence model, the cognitive-behavioral approach, the Transactional Model of stress and the interest in creativity.

According to the authors, the term “problem solving” implies those cognitive or manifest processes that offer a variety of effective alternative responses to a problem situation. Such processes increase the probability of selecting the most effective one.

Thus, is a cognitive-affective-behavioural process from which the person tries to identify or discover an effective solution or coping response to a particular problem. This concept was addressed by D’Zurilla and Goldfried in 1986/1993 and also by D’Zurilla and Nezu in 2007.

On the other hand, it is worth mentioning that emotional responses can facilitate or inhibit the execution of problem solving , depending on some variables.

Problem Solving Therapy is made up of three different types of skills: general, specific and basic. Let’s look at them:

These are problem orientation skills, and are used in the first phase of therapy (problem orientation phase), as we will see later. These are general cognitions such as perceiving the problem, attributing a causality to it, assessing it and committing oneself to it.

These are the “intermediate” skills used by the patient (between general and basic), and are put into practice in very specific situations.

These are the most specific skills in problem solving, and are used in the phases following the first one, to define the problem, generate alternatives, make a decision, apply the solution and check its usefulness.

Problem Solving Therapy is divided into five stages, each of which is made up of one or more of the three types of skills mentioned above. These stages are:

It’s about accepting the problems you have, and it focuses on the importance of recognizing them and not running away, maintaining a positive attitude towards them. In this stage the motivational component is very important . The most important variables in this phase are four:

These variables are in turn the general skills used in this phase, consisting of general problem-oriented cognitions.

In this phase of Problem Solving Therapy the importance of defining the problem well is stressed; according to the authors, if the problem is well defined half of it is solved. The variables or steps of this stage are:

Basic skills, which are the most specific in problem solving, are used here. Specifically, at this stage, the skills of problem sensitivity and perspective taking are used, which make it possible to define and formulate the problem adequately.

At this stage, three principles derived from Guidford’s divergent production and Osborn’s brainstorming method are raised. Basic skills are also used at this stage.

The three principles that are raised at this stage are:

The more ideas that are proposed, the better , and also the more likely it is that some of them will be useful or effective.

3.2. Principle of adjournment of the trial

A person will generate better solutions if he or she does not have to evaluate them at that very moment.

The more varied the ideas, the better, and the more likely it is that some will be effective .

Here the best proposal(s) or idea(s) are selected, based on anticipated consequences; then the results are evaluated and the implementation of the proposed ideas or strategies is planned .

Finally, in the last phase of the Problem Solving Therapy, the result and effectiveness of the chosen solution in the real problem situation is evaluated. This phase consists of four components or sub-phases: